How capitalism’s dogged defenders and propagandists defend it from criticism 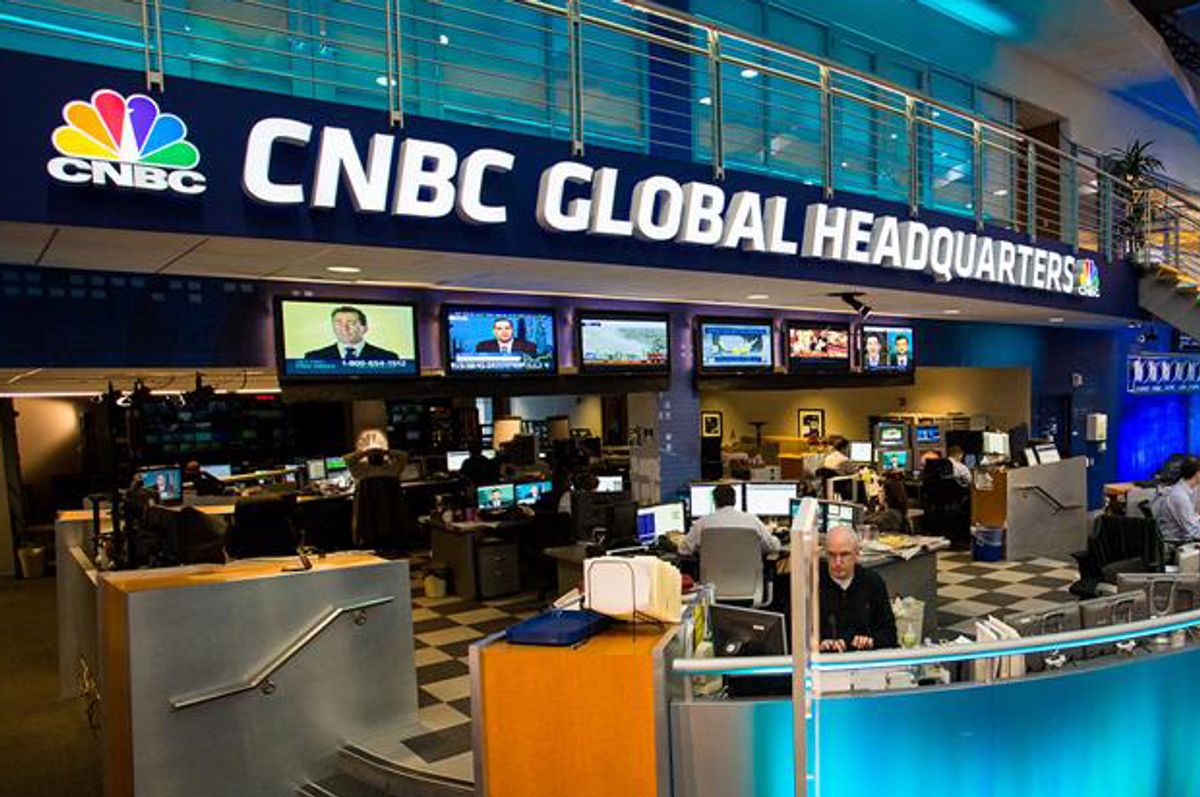 With such reasoning, for example, "free market" capitalism's devotees can accept all sorts of criticisms of actually existing capitalism. They too can denounce its inequalities, instabilities, and injustices. But, they explain, that actually existing kind lacks a fully "free" market. They urge policies that change the economy from a government-regulated kind of capitalism to their preferred "free market" kind. Similarly, champions of a "competitive" kind of capitalism can join critics of the monopoly kind. They attribute monopoly capitalism's social ills to the adjective—monopoly—not to the noun, capitalism, itself. The solution follows: take anti-trust steps to establish a competitive capitalism, their preferred kind. Progressive or "social responsibility" advocates are also included among capitalism's defenders using adjectives. They find narrowly profit-driven capitalism to be a kind that causes all sorts of social ills. A different kind of capitalism could rectify those ills by adding social responsibility to the goals and standards of success for capitalists. Such a "compassionate" kind of capitalism represents the better world they seek.

For defenders, placing adjectives before the word "capitalism" removes its core "relations of production" from criticism. The focus of analytical attention becomes the adjective, not the noun. That noun, capitalism, is the employer-employee relationship that structures the enterprises producing the goods and services sustaining the economy and thus the society. Capitalism, per se, is defined by how it organizes production. The employer-employee relationship is what differentiates it from the master-slave relationship in slave systems of production, the lord-serf relationship in feudal economies, the economic structure of individual self-employment, and so on.

Qualifying adjectives for capitalism can be combined, a la Donald Trump, with a reversion to economic nationalism around the slogan "Make America Great Again." Trump could and did criticize kinds of capitalism (e.g., as "globalized" or "unpatriotic") that outsourced production beyond U.S. borders or that promoted immigration. He advocated, instead, a kind of capitalism that positioned "America First" as its qualifying adjective. Criticizing capitalism per se never entered his mind.

Qualifying adjectives can alternatively be combined with libertarianism. Then, criticism of a currently existing kind of capitalism (e.g., as "welfare or nanny statist") blames its faults or flaws on the government's intrusions (taxes, regulations, mandates, etc.). Libertarians' policy proposals focus on reducing or, better, eliminating government intrusion into a capitalist economy. Their goal is the aforementioned "free market" kind of capitalism.

Opposite the libertarians, Keynesians and certain kinds of "socialists" also focus on capitalism's alternative adjectives. Their critiques of currently existing kinds of capitalism often attribute their income and wealth inequalities, cyclical instabilities, and so on to inadequate governmental management of the economic system: too few and too constrained governmental intrusions. Keynesians therefore promote a more intrusive system of governmental monetary and fiscal policies, a state-macro-managed kind of capitalism. That, they believe, will overcome its central, cyclical problems (Keynes' key work was published in the depths of the 1930s depression).

Further-left Keynesians want government intrusions to also reduce income and wealth inequalities. They often call themselves socialists. But in fact they put the adjectives "welfare state" or "social democratic" or "Scandinavian style" in front of the word capitalist. Many do not question or oppose the employer-employee organization of the workplace that defines capitalism. Neither do many "communists" who want the state to own and operate enterprises internally organized around the employer-employee division. If an economy's enterprises, public and private, retain the basic capitalist organization of production—the employer-employee split described above—then that economy is a kind of capitalism even if and when its advocates call it "socialism" or "communism."

It is important to note that the socialists and communists mentioned above, like the libertarians, Keynesians, and so on, all generally accept—often implicitly without comment or criticism—that workplaces must be organized around the distinctively capitalist division between employers and employees. When they advocate for more state-regulated or state-owned-and-operated enterprises as better economic systems than capitalism, they rarely question the internal organization of those enterprises. It is as if nature or technology or history mandates no other possible modern workplace organization than the employer-employee division and relationship. Their socialisms and communisms are then less nouns differentiated from capitalism and more adjectives distinguishing different kinds of capitalism. Such is the ideological power of the long tradition of defending capitalism with adjectives. Ironically, that tradition also captured many of capitalism's critics.

As traditions, socialism and communism also include advocates who define those terms as entailing radically different organizations of enterprises. Instead of the capitalist division into employers and employees, such socialists and communists seek the democratization of enterprises' internal organization. That means all participants in the enterprise's work have equal votes in deciding what, how, and where production occurs and what is done with the output. Interestingly, the practical "going beyond" capitalism already exists in enterprises and has for a long time and around the globe. Sometimes socialists and communists helped establish such worker cooperatives, but often individuals outside those traditions did so as well.

Our current debates about our society's problems and prospects need to refocus beyond the different adjectives for a common noun they qualify. It is time to expose and challenge capitalism's core: that employer-employee organization of enterprises, private and state. We need to drop the taboo on debating how we ought to organize the workplaces where most adults spend most of their lives. Workplace organization shapes society in many ways. Different workplace organizations have always existed. Changing from the prevalence of one to the prevalence of another can help solve social problems. To that end, we need to challenge capitalism's workplace organization, not presume its inevitability as the unacknowledged prison of our politics.

Parallel debates over "free markets" versus "state-regulated markets" in slavery were finally resolved by abolishing slavery. So too were debates over harsh versus compassionate slavery. Masters tried to save slavery by focusing people on choosing among its different kinds. However, people eventually grasped that the problem was not what kind of slavery existed; the problem was slavery itself. It had to end. Likewise, debates over monarchy contrasted those with parliamentary advisers and those without them, harsh versus popular kings and queens. Monarchs tried to hold on by offering alternative kinds of monarchy. But eventually, people decided that what was needed was not this or that kind of monarchy but rather monarchy's abolition. Capitalism now faces that same historic resolution.