"I got nervous because I thought I was actually miscarrying," one COVID-positive woman said 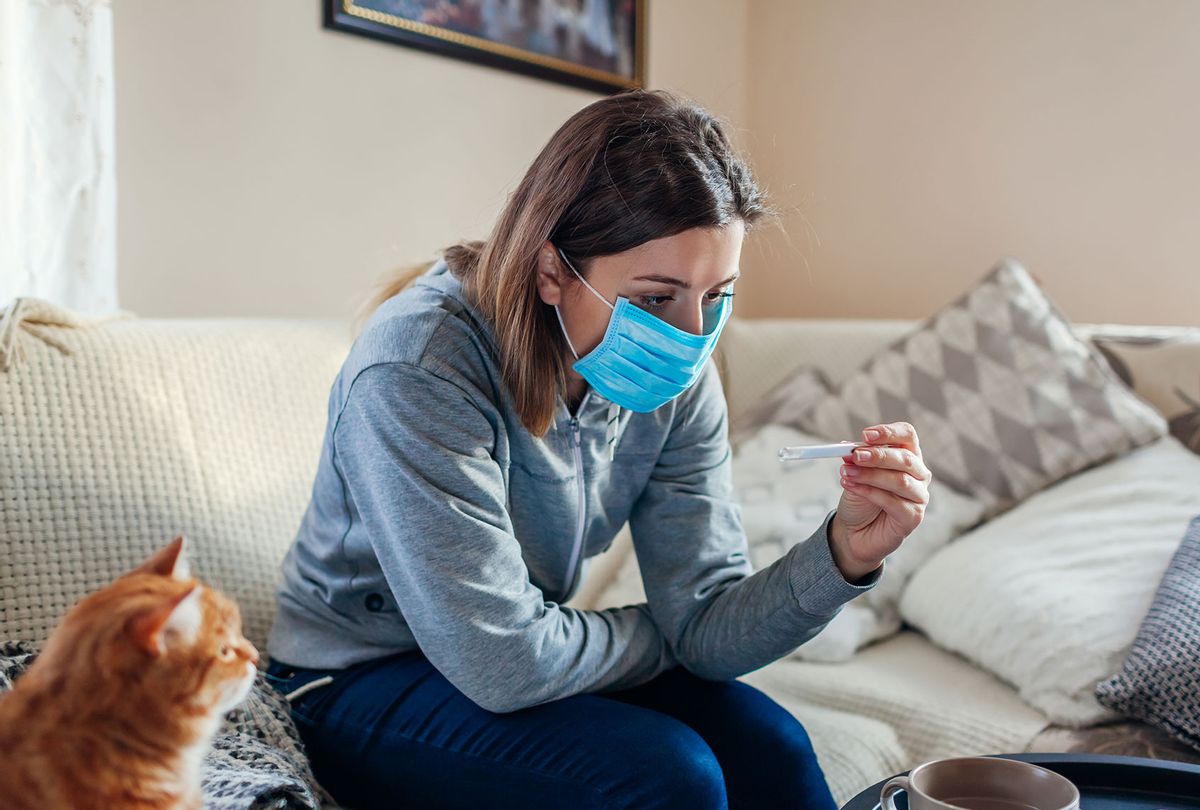 At the end of February 2020, Alexandra Plazas-Herrera flew to Paris for her annual work trip to Fashion Week. The pandemic had yet to change everyday life in the United States and Europe, though the novel coronavirus was certainly on the public's radar.

On March 8, 2020, Plazas-Herrera returned to New York City; the next day she woke up and felt "horrible." After a few days of resting, thinking it could have been the flu or maybe really bad jet lag, she got a cough and her breathing worsened. At the same time, she began to have what she described as a "second period" for that month.

"It was really painful, and I would have huge blood clots," Plazas-Herrera said. "I got nervous because I thought I was actually miscarrying or something."

This period lasted for two weeks.

She ended up being one of four people on the work trip who returned home with COVID-19. At first, she couldn't get tested because of a lack of testing in the area. It wasn't until May 1, 2020, that she tested positive for COVID-19— and then again, tested positive a couple weeks later. Finally, on June 6, 2020, she tested negative, as the virus seemed to have cleared her system; yet the debilitating symptoms that came with COVID-19 didn't go away, including the effect it appeared to have on her menstrual cycle.

For nearly six months, Plazas-Herrera didn't have a period. Before she got infected with COVID-19, she was hoping to conceive. Back then, hormonal tests showed that she was healthy, and indicated there would be no issues in trying to get pregnant. But after COVID-19, the same hormonal test showed that her hormones were "out of whack." And when she visited her gynecologist in August, he told her she was in menopause, at 41.

"It was a drastic change from just six months prior," Plazas-Herrera said. "It seems that Covid caused my FSH [follicle-stimulating hormone] levels to skyrocket."

As a "long-hauler", meaning someone who experiences symptoms weeks or months after contracting coronavirus, Plazas-Herrera also has bouts of brain fog, shortness of breath, heart issues, neuropathy issues, and fatigue.

Alexandra Plazas-Herrera is estimated to be one of the estimated ten percent of women for which Survivor Corps, a support group for those recovering from COVID-19, surveyed who reported issues with their menstrual cycle after being infected with SARS-CoV-2. Natalie Lambert, an associate research professor at Indiana University School of Medicine, surveyed 3,292 women who had COVID-19; 9.1 percent reported having menstrual cycles that were heavier, lighter, or just different.  An estimated 10.1 percent reported having irregular or skipped menstrual cycles.

According to a study published by researchers in Wuhan, China, published in the Elsevier Public Health Emergency Collection, 25 percent of 177 hospitalized COVID-19 patients had menstrual volume changes, and 28 percent had menstrual cycle changes.

"Nearly one-fifth of patients exhibited a menstrual volume decrease or cycle prolongation," the authors wrote. "The menstruation changes of these patients might be the consequence of transient sex hormone changes caused by suppression of ovarian function that quickly resume after recovery."

The authors added that "there was no evidence to support that SARS-CoV-2 causes substantial impairment of fertility in female COVID-19 patients." However, they do recommend that patients undergo an examination of sex hormones and ovarian function if someone is planning a pregnancy after being infected with COVID-19.

Lyss Stern, another long-hauler, still has no taste and smell since being diagnosed with COVID-19 on March 23, 2020; she's also been struggling with an irregular menstrual cycle. Stern, 46, said she's always had a regular menstrual cycle her whole life. After COVID-19, it's been a rollercoaster.

"There were three months I didn't get it, then I got it for a day, then I didn't get it for another two months," Stern said. "It's scary because nothing's consistent. Nobody — not even my OBGYN — nobody knows anything." Stern said the virus had "definitely done something to my system."

Stern said she didn't experience irregularities with her menstrual cycle until one month after getting infected with COVID-19. Lambert said in her survey, many women noted that they experienced irregular or skipped menstrual cycles around 25 days after they tested positive for COVID-19.

"It's good for people to know that these symptoms don't start right when they get sick with COVID-19, there's a little bit of a delay," Lambert said. "And I think that's why it's been difficult for women to make that COVID connection — because there is a delay, but that's actually true for a lot of COVID symptoms."

"Quite a few women report their hair falling out in patches, and that is an indicator of an autoimmune problem, and it actually does require treatment," Lambert said. "If somebody has that, they should definitely reach out to a dermatologist."

Lambert said she doesn't know the underlying cause for coronavirus-related irregularity in menstrual cycles, but cautions against thinking it is merely the result of the "stress of being sick."

"Women experience many stressful times in their lives, and we're aware of how that impacts our cycle," Lambert said. "Typically if something shows up in my data, people are reporting it because it's outside of the norm."