Crews sang the songs to ease the fears, anxieties and loneliness of daily life on merchant ships 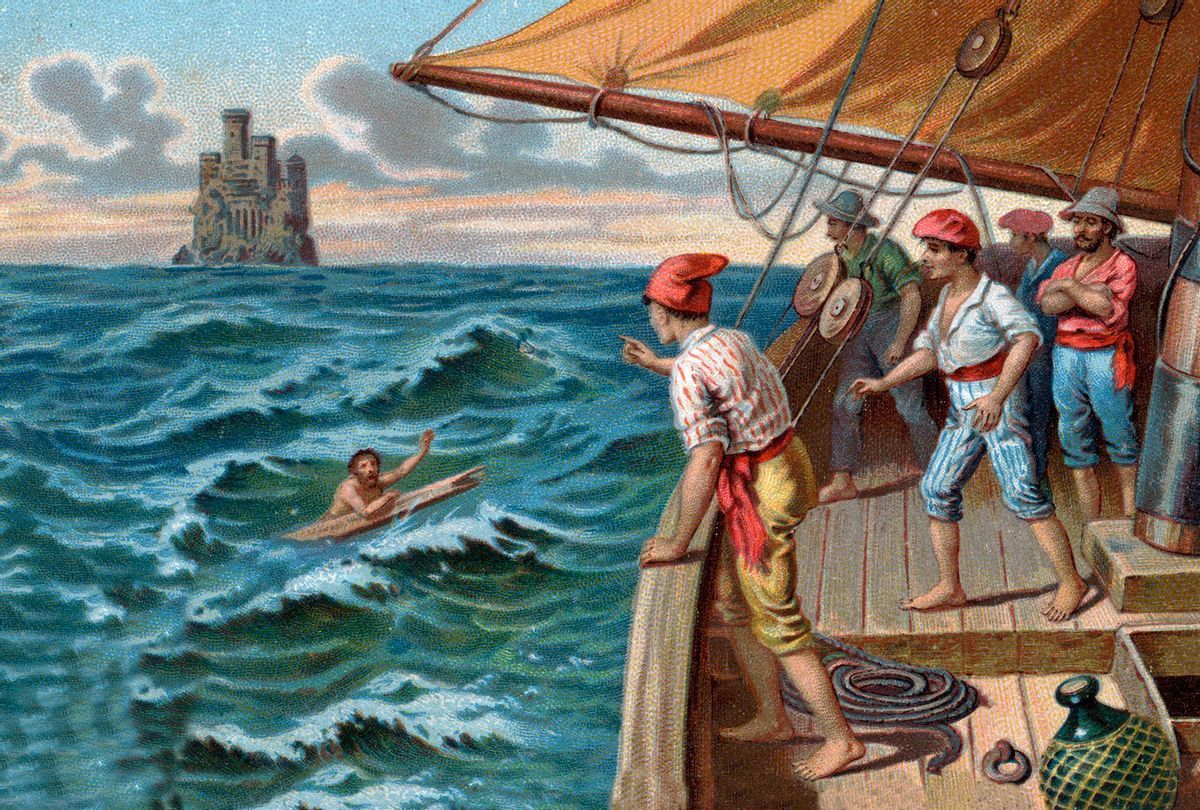 If you've perused social media in recent weeks, you may have come across people singing chanteys, which were work songs employed on merchant sailing ships.

Historically, chanteys – which are also spelled as "shanties" or "chanties" – began with a sing-out by a crew member recognized as "the chanteyman," usually someone prized for his voice and ability to extemporize. Fellow sailors would respond with the refrain as they toiled away at their tasks. Now we're seeing TikTok and Twitter users belting out songs inspired by chanteys to their followers, often accompanied by the hashtag #seashanty.

As a chantey scholar, I'm fascinated by the sudden surge of interest in this genre, which dates back to the 15th century and peaked in popularity at the end of the 19th century, right before wooden ships gave way to steam vessels.

The chantey was, historically, a release valve for loneliness, fear and oppression. Finding ourselves in the midst of a pandemic – with the scourge of inequality growing more pervasive by the day – perhaps it's no coincidence that the chantey has made a triumphant return.

Sailors were often at sea for several months – sometimes years – at a time.

The work on the ship could be tedious and monotonous. But sporadic dangers were always lurking, from storms to shipboard accidents, fomenting an undercurrent of anxiety, which crews tended to confront with a morbid sense of humor.

Richard Henry Dana Jr., the author of a popular 1840 memoir detailing the two years he spent on a ship, wrote that "you must make a joke of everything at sea; and if you were to fall from aloft and be caught in the belly of a sail, and thus saved from instant death, it would not do to look at all disturbed, or to make a serious matter of it."

This outlook inspired many chanteys: They entertained the sailors during the monotonous work of the vessel, but their upbeat and cavalier lyrics could nonetheless acknowledge the speed with which clear skies could turn to stormy clouds.

Take George Gordon's example of the chantey "Blow the Man Down." In it, the sailor watches, in horror, as a beautiful woman morphs from "a pretty young damsel" to one wholly changed, as she removes her ear, leg, teeth and one eye. Like life at sea, excitement and pleasure quickly transform into terror.

Importantly, there was also a utility to the songs. Cooperation on the ships was, in the words of historian Marcus Rediker, "a collectivism of necessity."

Merchant ships hired men from varying backgrounds. The songs were a shared language that strengthened the crew's ties, while also establishing a rhythm to repetitive tasks like hauling, which could entail hoisting sails, and heaving, which might mean walking the capstan. In fact, authentic chanteys are divided into "hauling chanteys" and "heaving chanteys," though other descriptors exist.

In their songs, sailors told stories of women, ships, ports, food, captains and mates; they spoke to manhood, desire and longing.

Chanteys were also used to push back against the tyranny inherent to life aboard the ship, in which a small number of people – usually the captain and his mate – lorded over the rest. The tension of this dynamic could sometimes boil over into violence.

Some of the songs deployed what anthropologist James C. Scott termed "hidden transcripts" – subtle digs at those in control, who remain oblivious to what's being said about them.

Accomplished chanteymen could take aim at captains or grouse about food or pay. For example, one rendition of "Blow, Boys, Blow" closes with the pointed line "There will be Sally, Molly, Peg and Nell / And the skipper and mate can go – —- as well."

In a different version of "Blow, My Bully Boys, Blow," the character bewails poor food quality aboard the ship: "What d'ye think they have for dinner? / Monkey tails and bullock's liver." And in Richard Warner's 1928 version of "Handy, My Boys," the singer growls about poor wages: "I thought I heard our old man say / Handy, me boys, so handy! / You can work all day, but you'll get no pay."

Similar to other forms of folk music, these chanteys hit thematic notes of dispossession, invisibility and a longing to be seen and heard.

The spirit of the chantey lives on

Many of the songs circulating on social media are not technically chanteys. To be a true chantey, the song must be authenticated as a work song of the sea, sung on ship and created by seamen for shipboard tasks. There was, in fact, a taboo against singing chanteys on land.

Instead, they might be called sea songs, shore songs or ballads.

Nonetheless, these songs echo the spirit of the chantey.

Though not adrift at sea, many of us find ourselves in territory that is alien and unsettling, with daily life changing in ways that the merchant sailor would understand all too well – a world that was, as the historian Rediker put it, "chronically uncertain."

Perhaps we will we be able to look back on this bleak period and recognize some glimmers of levity and unity, as when people from disparate worlds connected on social media and noticed they had "a ship stout and strong, and a jolly good crew," and so decided to sing their way to "one and all."