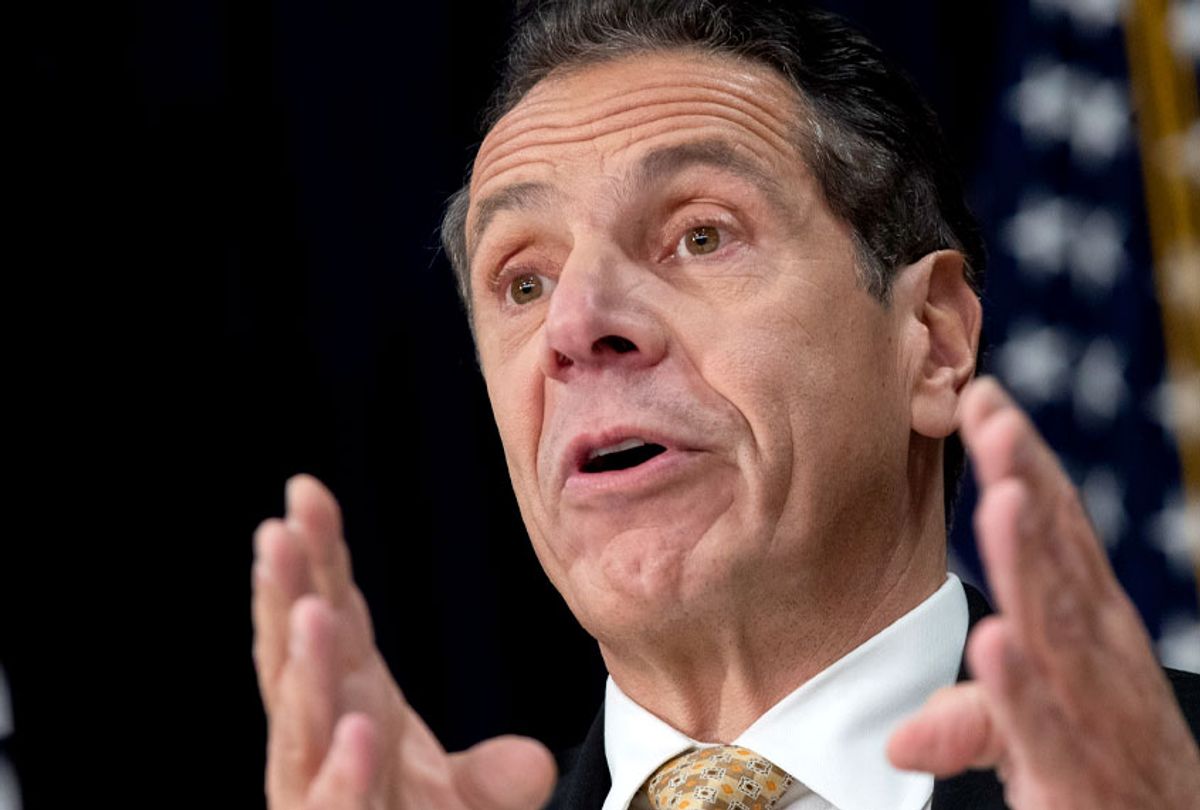 Thousands more New York state nursing home residents may have died of COVID-19 than Gov. Andrew Cuomo's administration has publicly acknowledged, according to a report issued Thursday by the state's attorney general.

The report by Attorney General Letitia James said a survey of dozens of nursing homes conducted by her staff suggested the state's failure to include in its official counts residents who died in hospitals after being sickened by COVID-19 in facilities had led to an undercount of as much as 50%. To date, the state Health Department says some 8,400 nursing home residents in New York have died of COVID-19.

The Cuomo administration's failure to make public deaths of nursing home residents who perished in hospitals has for almost a year enraged local and national lawmakers who have accused the administration of hiding the true death toll to avoid accountability. New York state Health Commissioner Howard Zucker testified before lawmakers last summer that his department was actively working to accurately tabulate the loss of life, but five months later, the department has remained silent.

The attorney general's report said the office had contacted 62 nursing homes, about a tenth of the state's total, to better understand how many residents had truly been lost to COVID-19. At a single home last spring, 29 more residents had died of COVID-19 when deaths at hospitals were included than were reflected in the state's count. At another, the undercount was 25 deaths.

In a statement, the Health Department did not dispute the finding that thousands of nursing home residents died of COVID-19 after being taken to the hospital, and that those totals were not reflected in the state's public tally of nursing home deaths. It offered no explanation for why it chose not to include the hospital deaths and once more claimed it was still trying to accurately count exactly how many residents had died of the virus in hospitals.

"DOH has consistently made clear that our numbers are reported based on the place of death," the statement said. "DOH does not disagree that the number of people transferred from a nursing home to a hospital is an important data point, and is in the midst of auditing this data from nursing homes."

When ProPublica in October had asked the Health Department why the count of hospital deaths was taking so long to be made public, Jonah Bruno, a department spokesman, said, "We are carefully reviewing all previous data, as the commissioner committed to, and we're also requiring confirmatory and post mortem testing for anybody who may have had COVID-19 or flu symptoms, or exposure to someone who did, to ensure data integrity."

The claim was widely ridiculed by lawmakers and health officials, who said counting hospital deaths of nursing home residents was not a complicated undertaking.

"Attorney General Tish James validates the cover-up of nursing home deaths, and the only question remains is why this administration chose to lie to the public for months," said Ron Kim, a state legislator from Queens whose district's nursing homes were battered by the pandemic.

The attorney general's report cited a wide array of failings as accounting for the extraordinary death toll, nearly 9% of the state's entire population of nursing home residents. Nursing homes had inadequate protective equipment, failed to implement effective infection control procedures and communicated poorly with the families of residents, many of whom feared for their loved ones and were unable to visit in person to check on their welfare.

The report also said another Cuomo administration policy requiring nursing homes to take in patients from hospitals who had COVID-19 and were stable enough to be discharged had likely contributed to the loss of life. The administration, which reversed the policy last May after six weeks, has said homes that could not safely handle patients with COVID-19 were not required to admit them.

Late last year, ProPublica noted that the true death toll among nursing home residents was not mentioned in Cuomo's much-publicized memoir on his leadership successes handling the pandemic.

The attorney general's investigation also turned up evidence that the state had undercounted some number of nursing home deaths that had taken place inside the facilities and that the state Health Department had made public.

Bill Hammond, a health care policy analyst at the Empire Center, an Albany think tank, said those findings raise "new questions about the accuracy of the limited numbers the department has released." He said there was much to still learn about the true dimensions of the human loss in New York during the pandemic, and he criticized the administration for not releasing additional data even when subpoenaed by Congress.

"It's shocking that the Cuomo administration continues to withhold basic information about a major public health crisis that New Yorkers urgently want to know and clearly have a right to know," Hammond said.