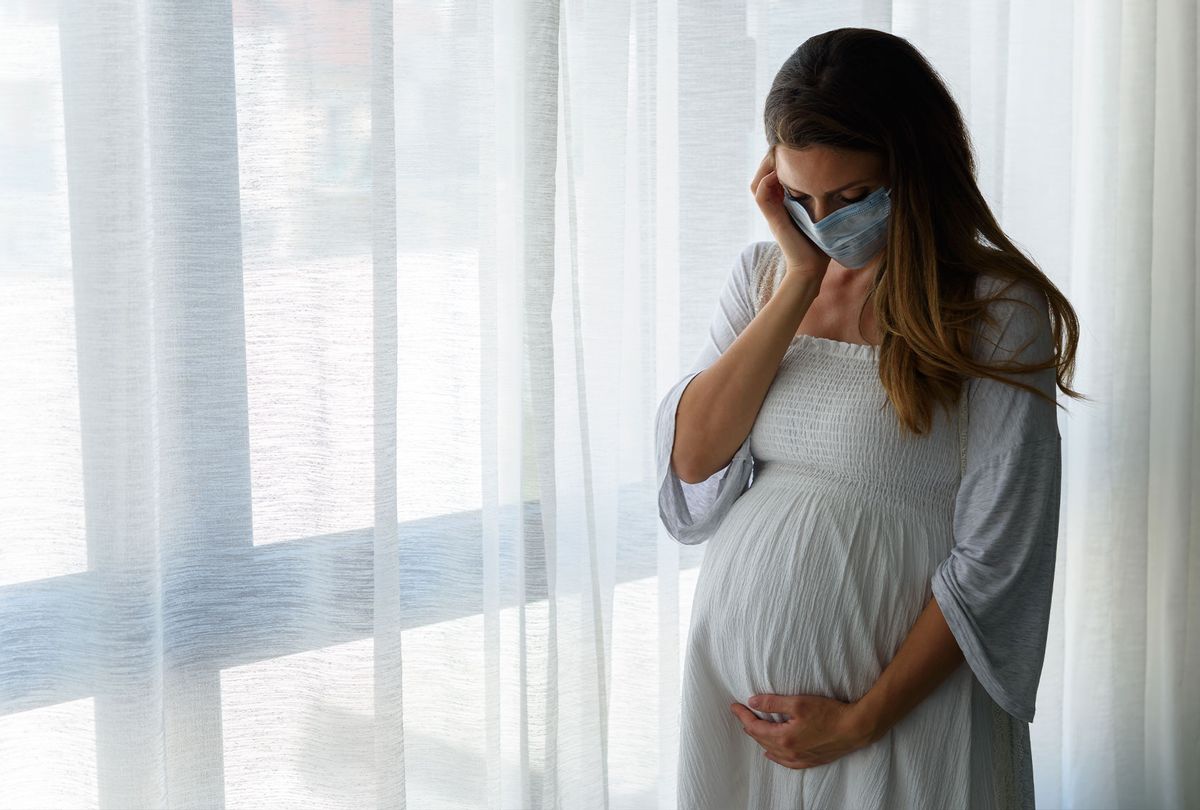 Last December, when many healthcare workers were excited to receive the first round of COVID-19 vaccines, some pregnant healthcare workers were wary. Then, the American College of Obstetricians and Gynecologists published an advisory note stating that the available vaccines "should not be withheld from pregnant individuals." The group based its advisory on theoretical risks because the definitive ones were unknown; a consequence of pregnant women being excluded from vaccine trials.

As Salon previously reported, the exclusion speaks to a long-lived trend in America's healthcare system — based on the unsubstantiated fear of harming a fetus — that once again led to a "missed opportunity," as Dr. Melissa Simon, Director of the Center for Health Equity Transformation at Northwestern's Center at Northwestern University's Feinberg School of Medicine, explained.

But now, scientists are gaining more information about how COVID-19 affects pregnant women. A new study published in the journal JAMA Pediatrics last week adds a new piece to the puzzle.

According to the study, coronavirus antibodies from a mother can cross the placenta. In other words, mothers can pass on some natural immunity to their newborns. Notably, the antibodies that scientists detected in the placenta were immunoglobulin G, or IgG, antibodies. These antibodies are made days after getting infected and are believed to offer some protection against the coronavirus.

Researchers tested more than 1,500 women who gave birth at a Philadelphia hospital between April 2020 and August 2020. Of the 1,500 women, 83 had COVID-19 antibodies. After they gave birth, 72 of those babies had antibodies, which were tested via their cord blood. About 50 percent of those babies had antibody levels that were as high, or higher, than the levels detected in their mother's blood. About 25 percent of the babies had antibody levels that were nearly twice as high as their mother's. The researchers suspect more antibodies were transferred in cases when there was more time between the coronavirus infection in the mother and the mother's delivery.

As the researchers stated, this could affect when a pregnant woman is vaccinated against the novel coronavirus. An earlier inoculation might be better.

"When vaccines are widely available, the optimal timing of maternal vaccination during pregnancy will need to consider maternal and fetal factors including the time needed to ensure neonatal protection," the researchers stated. "The majority of women in our study who were seropositive [meaning they had detectable antibodies in their blood] were asymptomatic, with uncertain timing of viral exposure."

There is still more to learn about the correlation between the levels of antibodies in the newborn, and when the mother was infected. Moreover, it remains unclear whether the amount of antibodies passed through the placenta are enough to prevent newborns from getting COVID-19. As for non-pregnant people, how long natural immunity lasts is unknown; the most recent research suggests that it lasts for at least five months.

But most urgently, scientists need to have a better understanding on how and if immunity induced by the vaccines can pass to the placenta; the study focused on natural immunity. Since pregnant women were excluded from coronavirus vaccine trials, scientists still don't have an answer— something doctors raised concerns about late last year.

"Is the dosing the same? Is the vaccine schedule the same in pregnancy?" said Dr. Stephanie Gaw, PhD, assistant professor at the University of California, San Francisco's Center for Reproductive Sciences. "On the plus side, it might be more beneficial in pregnant women; it could also protect the newborn baby and then you're vaccinating two people, there are a bunch of positives and negatives that essentially we just don't know because we're missing data at this point."

Dr. Mark Turrentine told the New York Times that this is one reason why including pregnant women in such trials is "essential."

"Particularly when the benefit of vaccination is greater than the potential risk of a life-threatening disease," Turrentine said.