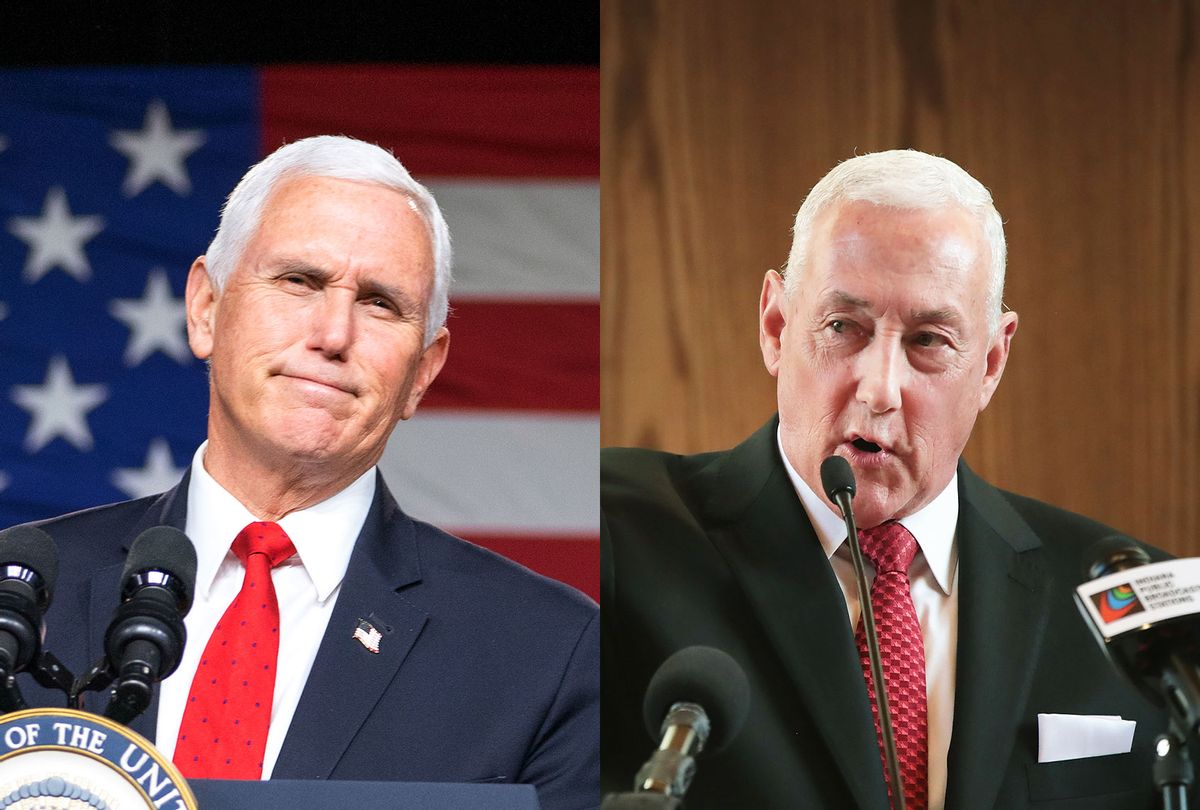 While former President Trump was agitating to overturn his election defeat, Rep. Greg Pence, R-Ind., the older brother of then-Vice President Mike Pence, was spending money at Trump's Washington hotel, according to a new filing with the Federal Election Commission. Weeks later, on the day Mike Pence publicly rejected a lawsuit that members of Congress filed against him, the Trump campaign returned a $4,000 donation that his brother had made seven months earlier.

According to a year-end FEC report filed last weekend, Greg Pence's campaign, which had previously drawn scrutiny for thousands of dollars in apparent personal expenses at Trump's hotel, reported spending $1,551 on Dec. 3 for a catered event at BLT Prime, the Trump International Hotel's restaurant and a popular hub for conservative allies of the former president. Rep. Steve Scalise of Louisiana, the GOP House whip, reported a $1,000 expense at BLT Prime the same evening, for catering and facility rental.

Earlier that day, members of the House Freedom Caucus held a press conference to call on then-Attorney General Bill Barr to release the results of a Justice Department investigation into possible election fraud. That conference featured Rep. Louie Gohmert, R-Texas, who later filed a statement in support of the doomed Supreme Court election challenge brought by Texas Attorney General Ken Paxton, which both Pence and Scalise joined. (That suit was almost immediately rejected.)

A few weeks later, while Greg Pence mulled the decision of whether to object to the electoral votes, his campaign reported that the Trump campaign had never cashed a $4,000 contribution that Pence made in May, seven months earlier, according to FEC filings. The donation does not appear on the Trump campaign's receipts.

Pence ultimately joined three other Indiana Republicans to side with the former president and challenge Pennsylvania's votes — hours after rioters had hunted his younger brother through the Capitol. Pence had also objected to Arizona's votes earlier that day.

Pence later issued a statement saying that his choices "reflect both my support of the Constitution and the disenfranchised voters of the Sixth District," while declaring that "violence and anarchy is never the answer."

"I took an oath to support and defend the Constitution on behalf of Hoosiers in the Sixth District. The United States is a country of law and order," Pence said in the statement. "There are millions of American voters in our nation who currently feel disenfranchised, but violence and anarchy is never the answer. The way forward for our nation is to follow the U.S. Constitution."

That position diverged from Indiana's two Republican senators, Todd Young and Mike Braun. The latter had originally planned to challenge the electoral count but reversed that decision after the insurrection, saying in a statement on Twitter that the day's violence had "changed things drastically."

"Though I will continue to push for a thorough investigation into the election irregularities many Hoosiers are concerned with as my objection was intended, I have withdrawn that objection and will vote to get this ugly day behind us," Braun wrote.

It is unclear why Pence did not reverse his original decision amid widespread reports that the Capitol rioters had specifically targeted his brother for execution, after Trump's dissatisfaction with his vice president became widely known.

The Pence family as a whole has channeled a significant amount of money to the Trumps over the last four years. Between November 2017 and early 2019, Greg Pence, who won his brother's former seat in 2018, made headlines for substantial and frequent expenditures at Trump's Washington hotel. Those payments, totaling $45,000, included thousands of dollars in donor funds for personal lodging, an unlawful expense which his campaign later reclassified as fundraising events after USA Today exposed the apparent violations.

A Pence spokesperson said at the time that the campaign had only made the changes "in order to avoid confusion here from hostile reporters."

Greg Pence did not reply to Salon's request for comment. Mike Pence could not be immediately reached for comment.