“Politics isn't about the weird worship of one dude,” the Nebraska senator said after calls for his second censure 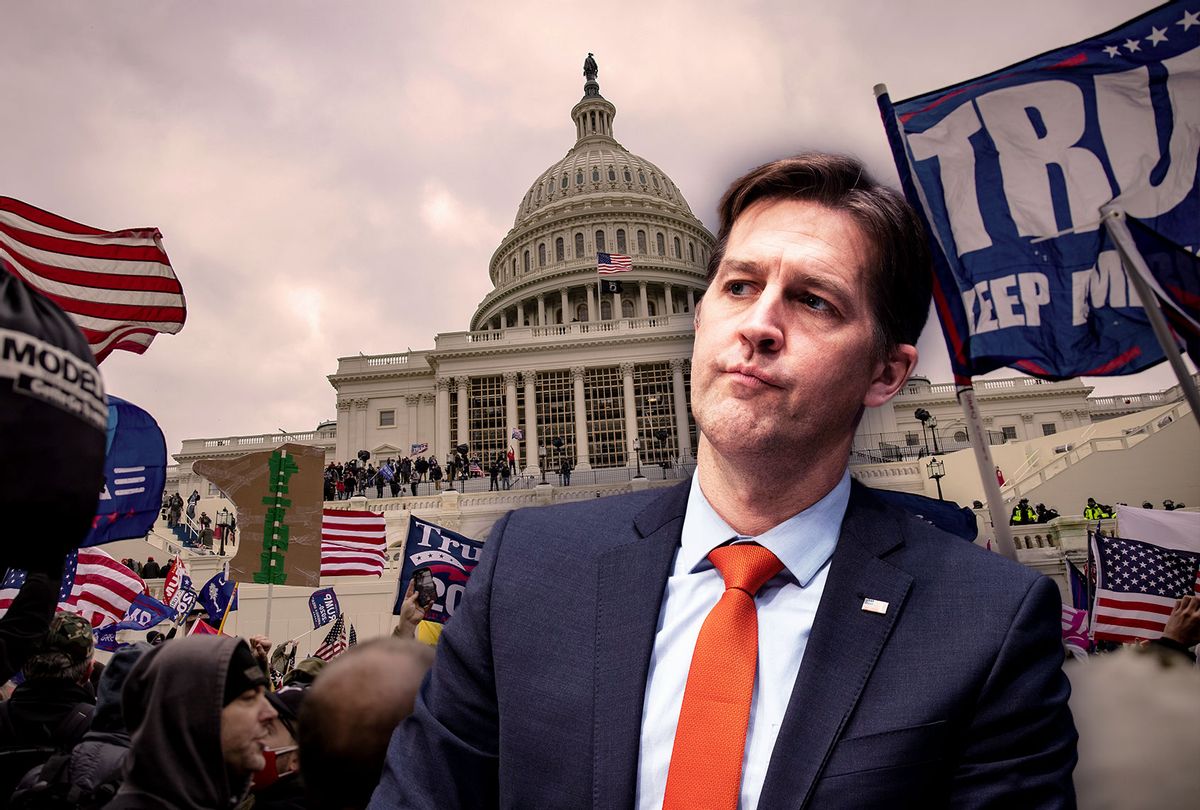 Sen. Ben Sasse, R-NE, is standing his ground against a Republican effort backed by leaders of his own state to censure him, warning that his party's idolatry of Donald Trump has sowed self-destructive divisions within the party.

In a video released on Thursday addressing Nebraska's State Central Committee, Sasse demanded that his party choose between "conservatism and madness," urging members of the Nebraska GOP, who will vote on a "Resolution of Censure" on Feb. 13, to open to criticism of Trump.

"Let's be clear," Sasse told viewers, "The anger in this state party has never been about me violating principle or abandoning conservative policy. I'm one of the most conservative voters in the Senate. The anger's always been simply about me not bending the knee to one guy."

Sasse, just one of the five Republicans to signal support for Trump's impeachment trial, did not vote for Trump in 2016 or 2020 and staunchly opposed Trump's failed attempt to overturn the election. In December of last year, Sasse published a lengthy Facebook status, decrying the Republican caucus that attempted to nullify the election certification.

"If you make big claims, you had better have the evidence," he wrote, "But the president doesn't and neither do the institutional arsonist members of Congress who will object to the Electoral College vote."

Sasse is now echoing a similar sentiment in the wake of the Capitol riot, which he called "shameful mob violence" that "[disrupted] a constitutionally mandated meeting of the Congress to affirm … peaceful transfer of power."

"It happened because the president lied to you," Sasses explained, "He lied about the election results for 60 days, despite losing 60 straight court challenges, many of them handed down by wonderful Trump-appointed judges [...] He then riled a mob that attacked the capitol, many chanting, 'Hang Pence.' If that president were a Democrat, we both know how you'd respond. But because he had 'Republican' behind his name, you're defending him."

Sasse, citing his re-election in 2020, expressed that most voters in Nebraska share his perspective and do not support Trump (albeit the former president won Sasse's homestate by roughly a 19% voting margin).

"Nebraskans aren't rage addicts and that's good news," said the Senator, addressing his state's Central Committee, "You are welcome to censure me again, but let's be clear about why this is happening — it's because I still believe as you used to that politics isn't about the weird worship of one dude."

If Sasse is censured next week, it would make for his second in the last five years. Back in 2016, Sasse –– one of the first "Never Trumpers" joined by Sen. Mitt Romney, R-UT, –– was censured for not showing strong enough support for the former President.  Sasse also faces a motion to censure from the Scotts Bluff County GOP, according to the Scotts Bluff Star Herald.

Despite the mountain of disdain from his own party, Sasse has held true –– and naively so –– to the notion that the GOP can restore its moral rectitude. "Something has definitely changed over the last four years, but it's not me," he said. "Personality cults aren't conservative. Conspiracy theories aren't conservative. Lying that an election has been stolen, it's not conservative. Acting like politics is a religion, it isn't conservative." While these phenomena might not be deemed "conservative" in Sasse's imaginary utopia, they've certainly proven to be in reality.