Fox News is flailing without Donald Trump: Right-wing media ramp up the culture wars in desperation

Without much by way of an agenda, Republicans and their right-wing media backers look to induce America's amnesia 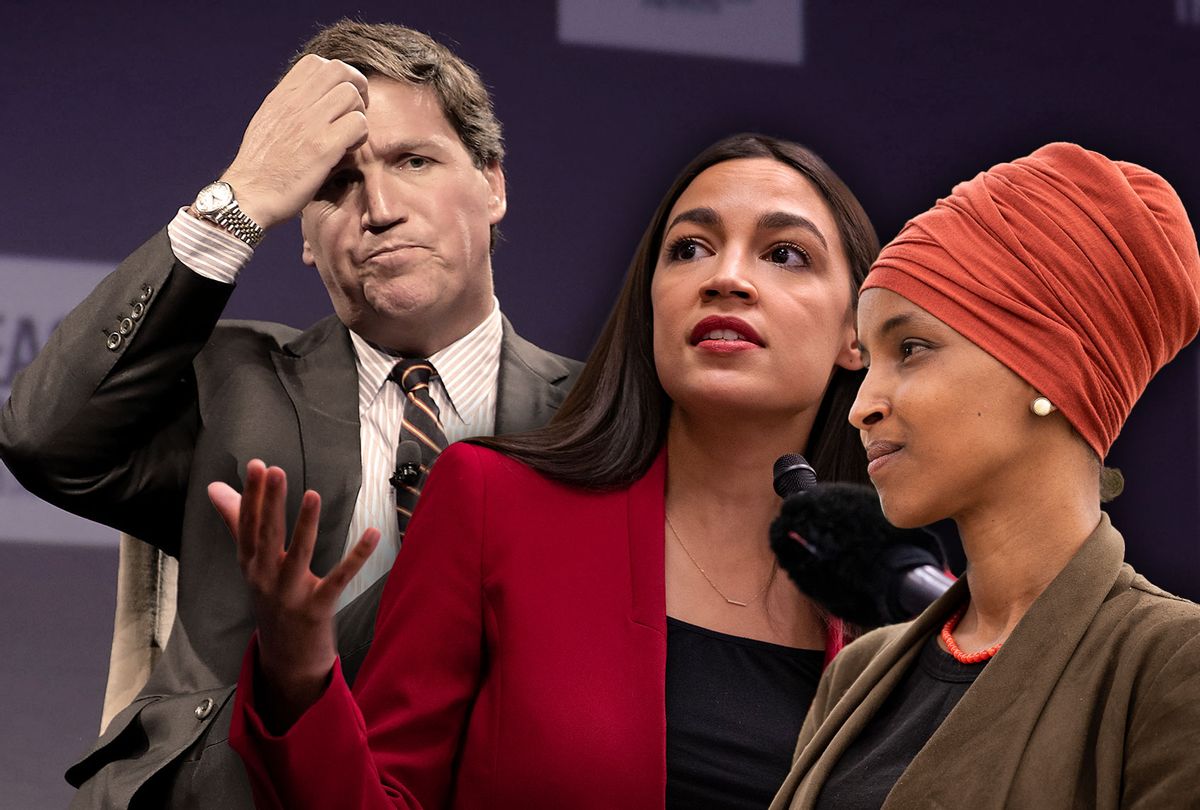 There's a lot going on in politics right now, but I think we can pretty much declare that this particular week belonged to Marjorie Taylor Greene and her history of sharing unhinged conspiracy theories on social media. It seems as though every day someone unearths another example of her obnoxious rants.

The Republicans held a right-wing encounter session on Wednesday night at which they gave Greene a standing ovation even as 147 of them voted —by secret ballot — to allow Liz Cheney to keep her leadership position after she voted to impeach Donald Trump. The next day, all but 11 stepped forward to show their fealty to Trump and his favorite new henchwoman Greene, by voting to allow her to keep her committee assignments even as the Democrats did their dirty work for them by voting to strip her of them.

House Republicans are running in circles trying desperately to keep the QAnon/Trump faction from exploding at them while also keeping some semblance of deniability if this whole thing goes sideways and they need to deny they are in thrall to the crazies when the next election rolls around. They do have to dial for dollars from big donors and appeal to at least a few informed voters who think this whole thing is nuts.

It's a problem. But when you think about it, it's really all they know how to do at this point. After all, the party didn't even put out a platform for the 2020 campaign, so it's not as if they would have a pressing agenda even if they had won the majority:

WHEREAS, The RNC, had the Platform Committee been able to convene in 2020, would have undoubtedly unanimously agreed to reassert the Party's strong support for President Donald Trump and his Administration ...

There were a couple of bullet points bashing the media as well, but that was it.

The truth is that Republicans didn't actually have much of an agenda throughout the Trump years either. Other than their massive tax cuts for the wealthy and attempted repeal of Obamacare (both of which they rammed through the reconciliation process), confirming judges to the federal bench and pro-forma budgets with huge hikes in military spending, they mostly let Trump flail around in the White House and keep the country stirred up with his divisive behavior both here and abroad. As a result, Republicans are now the party of conspiracy theories, culture war, and Donald Trump.

Republican officials exist to feed that beast and nothing more. This is where it's quickly led them:

Meanwhile, their propaganda arms in the right-wing media are in a strange new world without Trump. Fox News, in particular, is having a hard time finding its footing. For the first time in two decades, it's ratings have left them in the number three spot behind CNN and MSNBC with far-right competitors OAN and Newsmax nipping at its heels. Recall that Trump had been sticking the knife in for quite a while, taking to Twitter at the slightest criticism and was particularly furious at anchor Chris Wallace for his moderating at the disastrous first presidential debate. Trump managed to convince his followers that Fox calling Arizona before the other networks somehow cost him the election and the network has been reeling ever since.

One might have thought that such a predicament would lead to a news organization having some kind of self-evaluation about how they got in the position of having to keep spreading lies in order to keep their audience, but Rupert Murdoch is back in the captain's chair and he seems to be intent upon doubling down on the crazy in order to recapture the audience from the two low rent competitors. So, as we speak, the Fox News, OAN and Newsmax viewers are all being fed a diet of the same right-wing conspiracies, mockery and lies that they got during the Trump years, only this time without the dominating figure of Trump himself who, for all of his grotesque behavior was in fact the president of the United States so covering him, even as sycophants, had at least some relationship to reality.

The Big Lie of the stolen election, in particular, seems to have spun off the right-wing media into a separate political universe where politics, to the extent you can call it that, is nothing more than non-stop grievance.

For example, the story of the January 6th insurrection at the Capitol is one of the most stunning political events in American history. If you tune in to Fox or one of the others, however, this event was just a little blip on the screen, no different than an average street protest, despite the fact that the goal of the violence was to force the Congress to overturn the election results. As Salon's Sophia Tesfaye noted, Fox hosts have now taken to derisively insulting people who experienced the event, like Alexandria Ocasio Cortez and Katie Porter, as dizzy hysterics, as if the ransacking of the U.S. Capitol was merely a rowdy tailgate party that got a little out of hand. And I don't doubt their viewers think that's true because Fox pretty much dropped the story after the first few days. The late Gore Vidal said, "We are the United States of Amnesia, we learn nothing because we remember nothing" but this is ridiculous. It just happened four weeks ago.

It will be very interesting to see if they even bother to cover the impeachment trial next week. If they do, you can be sure it will be framed as a partisan stunt, totally without merit. Nonetheless, I'm sure they will find time to denigrate the process and focus their audience toward whatever Democratic villains they choose to target. The Republicans in the Senate, supposedly the body that's supposed to cool the passions of the polloi, are also captives of this alternate politics, in which governing is almost irrelevant. Most will refuse to convict, some no doubt hoping that America's amnesia will kick in before their next election.

All of this leaves an opening for the Democrats who are busy with a real agenda and real plan for governing.

While the Republicans fulminate, whine, mock and deride, still wringing their hands over whether Donald Trump and his followers will be mad at them, the government is kicking back into gear and is starting to work again. Democrats are betting that delivering material benefits to the American people after all the trauma of these past few years will benefit them politically. The Republicans have no choice but to bet on their base continuing to live in an alternate universe, fighting phantoms and feeding their grievances. Over the next couple of years, we're going to see which political vision most Americans really want.