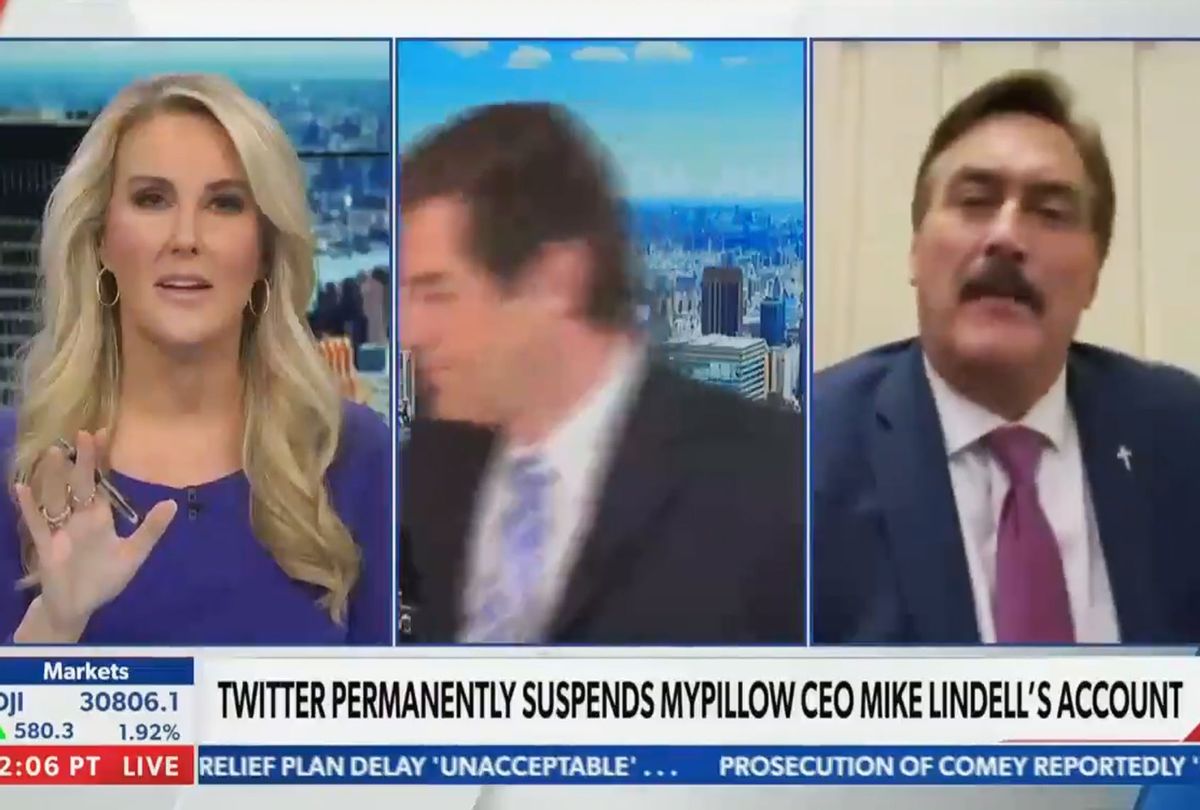 Attorneys for Dominion Voting Systems asked social networks to preserve posts about the company made by former President Donald Trump and his allies as they pursue defamation claims against conservatives who spread the debunked claim that Dominion voting machines flipped votes in the election.

Dominion, which has already sued Trump attorney Rudy Giuliani and former Trump attorney Sidney Powell for $1.3 billion apiece, has asked YouTube, Facebook, Twitter and Parler to preserve posts, even those already taken down for violating misinformation policies, "because they are relevant to Dominion's defamation claims relating to false accusations that Dominion rigged the 2020 election," CNN's Brian Stelter first reported. Powell, Giuliani and other Trump backers spread a baseless conspiracy theory that, among other things, Dominion had been founded by deceased former Venezuelan leader Hugo Chávez and flipped votes from Trump to President Joe Biden in a plot financed by communists in China and Cuba.

Dominion said in its letters that additional lawsuits would be forthcoming.

The new lawsuit threat comes after Smartmatic, a voting tech company that was inexplicably drawn into the pro-Trump Dominion conspiracy even though the two companies appear to have no ties and Smartmatic's software was only used in a single California county during the 2020 election, filed a $2.7 billion lawsuit against Giuliani, Powell, Fox News and hosts Dobbs, Bartiromo and Pirro.

Fox News and Newsmax have been on the defensive ever since Dominion and Smartmatic began to issue clear legal threats. Both networks have aired segments debunking claims made by their hosts and guests pushing conspiracy theories about the two companies, which were cited in the Smartmatic lawsuit as evidence that the networks aired demonstrably false claims. But Newsmax has continued to invite Lindell, a top Trump backer and network sponsor, despite his insistence on continuing to push discredited claims about voting machines.

This week Newsmax invited Lindell on the air to discuss the suspension of both his personal Twitter account and the MyPillow corporate account for pushing false election claims, but the bedding magnate quickly pivoted to pushing those same false claims seconds into the interview.

"Mine was taken down because we have all the election fraud with these Dominion machines. We have 100% proof," Lindell said.

Host Bob Sellers interrupted Lindell repeatedly to read a statement reiterating that there is no evidence for his claims.

"Mike, you're talking about machines," Sellers said. "We at Newsmax have not been able to verify any of those kinds of allegations. We just want to let people know that there's nothing substantive that we've seen. Let me read you something here. The election results in every state were certified. And Newsmax accepts the results as legal and final. The courts have also supported that view."

Lindell continued to try to talk over the host and was cut off again. "I don't want to have to keep going over this," Sellers replied. "We at Newsmax have not been able to verify any of those allegations."

Lindell refused to stop discussing his claims and Sellers' pleas to his producer to cut the interview short went unanswered, prompting the host to walk off the set in the middle of the segment.

Despite the blowup, Newsmax welcomed Lindell back on the air just hours later, when host Rob Schmitt praised the MyPillow CEO as a friend of the network and Lindell urged viewers to use a Newsmax-related promo code to buy pillows on his website, since they have been removed from numerous retail outlets.

The next day, Sellers apologized for being "frustrated" that Lindell would not focus on the "cancel culture" topic and said he "could have handled the end of the interview differently."

"Mike also made clear he thinks Newsmax is 'great' — his words — and I can tell you he will continue to be an important guest on Newsmax," he said.

Lindell later announced that he would air a three-hour documentary about his fictional claims that he claimed would be the "most important documentary you ever watch in history." The documentary has since been shown on OANN, which accused Newsmax of "being swept up by leftist censorship."

But even OANN aired a disclaimer prior to the documentary to make clear that the network does not "endorse any statements or opinions" in the program, particularly as it related to Dominion and Smartmatic.

"The statements and claims expressed in this program are presenting at this time as opinions only," the disclaimer said, "and are not intended to be taken or interpreted by the viewer as established facts."