"The Dig" on Netflix: a refreshingly accurate portrayal — according to an archaeologist 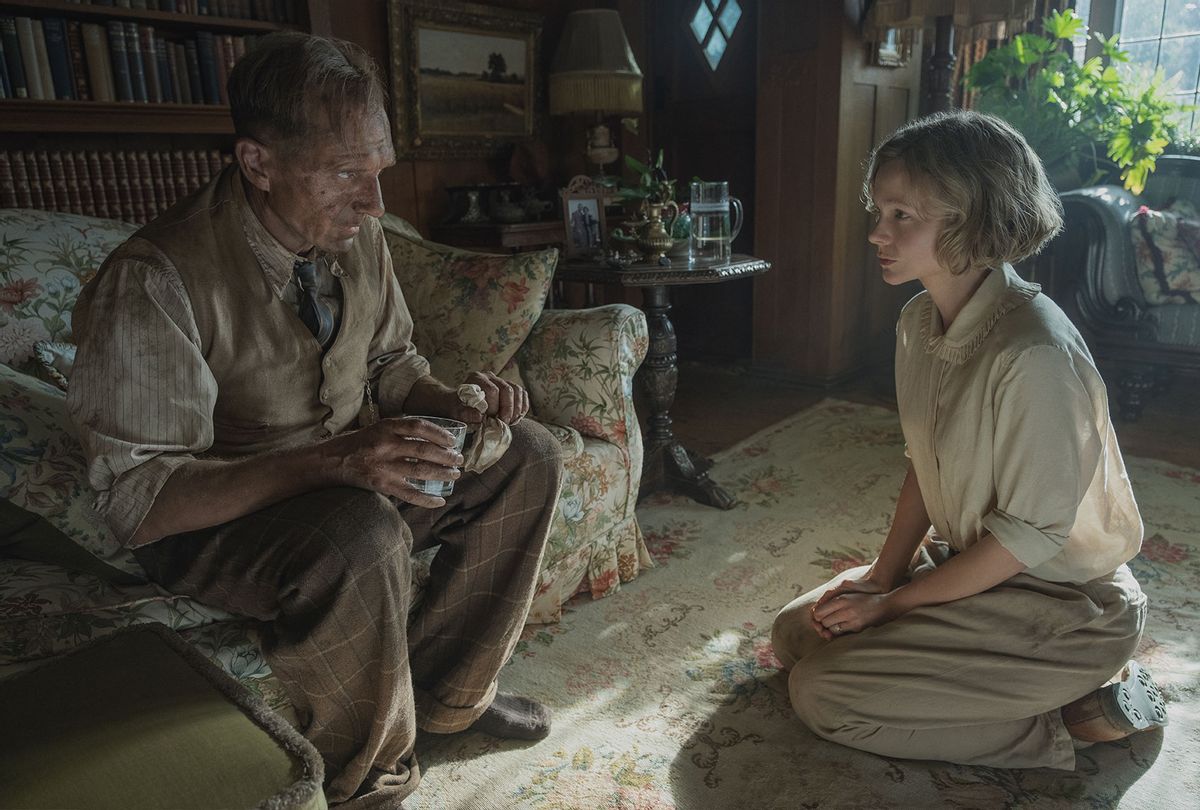 Ralph Fiennes and Carey Mulligan in "The Dig" (Larry Horricks/Netflix)
--

Edith Pretty was convinced that the mounds on her land in Sutton Hoo, Suffolk, held important archaeological secrets. In 1939, on the eve of the second world war, she was proven right as the sumptuous ship burial of an Anglo-Saxon king was uncovered. For a nation on the brink of war and facing its own "dark age," the Sutton Hoo ship burial was a source of pride and inspiration, equivalent to the tomb of Tutankhamun.

Netflix's "The Dig," based on the novel of the same name by John Preston (2007), recounts the tale of this remarkable find. It transformed understanding of the "dark age" of the seventh century. Before this discovery, a dearth of written sources was presumed to signal an absence of culture in this period.

Films tend to portray archaeologists as treasure-hunters or forensic detectives – notably the Indiana Jones franchise. However, this Netflix dramatisation approaches archaeology with a new level of subtlety and accuracy, probing death, loss and memory – key themes in the archaeological study of the past.

The funerary mound contained the remains of a decayed oak ship, 27m in length, which had been dragged from the nearby River Deben to serve as a royal tomb. Over 250 artefacts revealed the sophistication of East Anglia in Anglo-Saxon times. There were riches garnered from across the known world, including silver bowls and spoons from Byzantium and gold dress accessories set with Sri Lankan garnets.

Although the body had long since disappeared, the personal regalia of a warrior-king survived, his sword, shield and ceremonial helmet. He is believed to be King Raedwald, whose reign corresponded with the early seventh-century date of the coins contained in a gold purse (c. 610-635CE).

"The Dig" focuses on the relationship between Edith Pretty (Carey Mulligan) and Basil Brown (Ralph Fiennes), the local amateur excavator hired to investigate.

It draws on genuine elements of the central character's biographies, including Pretty's bereavement after her husband's death and the diagnosis of her terminal illness (she died in 1942). Like many at this time, Pretty was fascinated by "spiritualism," the idea that we can communicate with the dead through the use of a spiritual medium. Spiritualism may have spurred her archaeological patronage, just as it motivated investigations at other famous sites, especially Glastonbury Abbey, Somerset.

Turning the camera on archaeology

When the ship is revealed, Pretty and Brown are joined by "professional" archaeologists, the real-life Sutton Hoo excavation team. However, dramatic license changes their roles and ages to emphasise the hierarchical character of 1930s archaeology.

The film gives an accurate portrayal of the archaeological excavation in the 1930s, conducted using workmen with just a few skilled excavators and qualified academics. There is careful attention to archaeological detail, emphasising that the ship's timbers had virtually disappeared, surviving as nothing more than iron rivets and a silhouette stained in the sand.

However, the rivalry between the self-taught amateur "digger," Basil Brown, and the Cambridge-educated archaeologists is perhaps exaggerated. Brown is portrayed as having native, intuitive knowledge. He could "examine a handful of soil from anywhere in Suffolk and know exactly what farm it came from." Although he was indeed self-taught, Brown was not exactly an amateur. He was employed as an excavator by Ipswich Museum for 30 years and was highly respected by the local archaeological community.

The Cambridge men also patronise the only female archaeologist, the real-life Peggy Piggott (Lily James), when she arrives accompanying her more experienced husband, Stuart. Peggy is welcomed because her slight frame will be ideal for working in the delicate conditions of the ship's hull. She's shown unearthing the first gold artefact (which really happened) but there's no hint of the meticulous field skills for which the real Peggy was known during her illustrious career. Indeed, few professional skills are depicted at all: the archaeologists were brought in to draw, plan and record archaeological features – not simply to extract artefacts.

The professionals are portrayed cynically, exploiting the discovery to bolster personal and institutional reputations. In contrast, Pretty and Brown reflect philosophically on the meaning of the grave and the need to respect the memory of its human inhabitant.

As the skeleton of the ship emerges from the sand, it is a metaphor for the transience of human life, particularly poignant with war looming. Edith says to Brown, "We die and decay and don't live on." He counters, "From the first human hand-print on a cave wall, we're part of something continuous, so we don't really die." The idea that all human lives are connected through the thread of the past is at the heart of burial archaeology, which is not about treasure but unearthing relationships between the living and their memories of the dead.

The Sutton Hoo ship burial was certainly exceptional in its wealth and state of preservation. Further excavations at Sutton Hoo revealed richly furnished royal burials in other mounds, including those of women and children, while comparable high-status burials have been excavated elsewhere, such as the Prittlewell Prince in Essex.

Today Anglo-Saxon archaeology explores many different social roles and lifestyles, including (pagan) women-priests and ordinary farmers. The archaeologists themselves are also a more diverse and inclusive lot, committed to working with local communities to discover their past, and giving careful reflection to ethical issues – such as whether, and under what circumstances, we should disturb the remains of the ancient dead. "The Dig" reminds us that the role of archaeology is not in treasure-seeking, but in reflecting on our complex relationship to the past, and how and why we value it.