Biden took office promising to ease a nationwide rollout, but the Trump administration made it hard 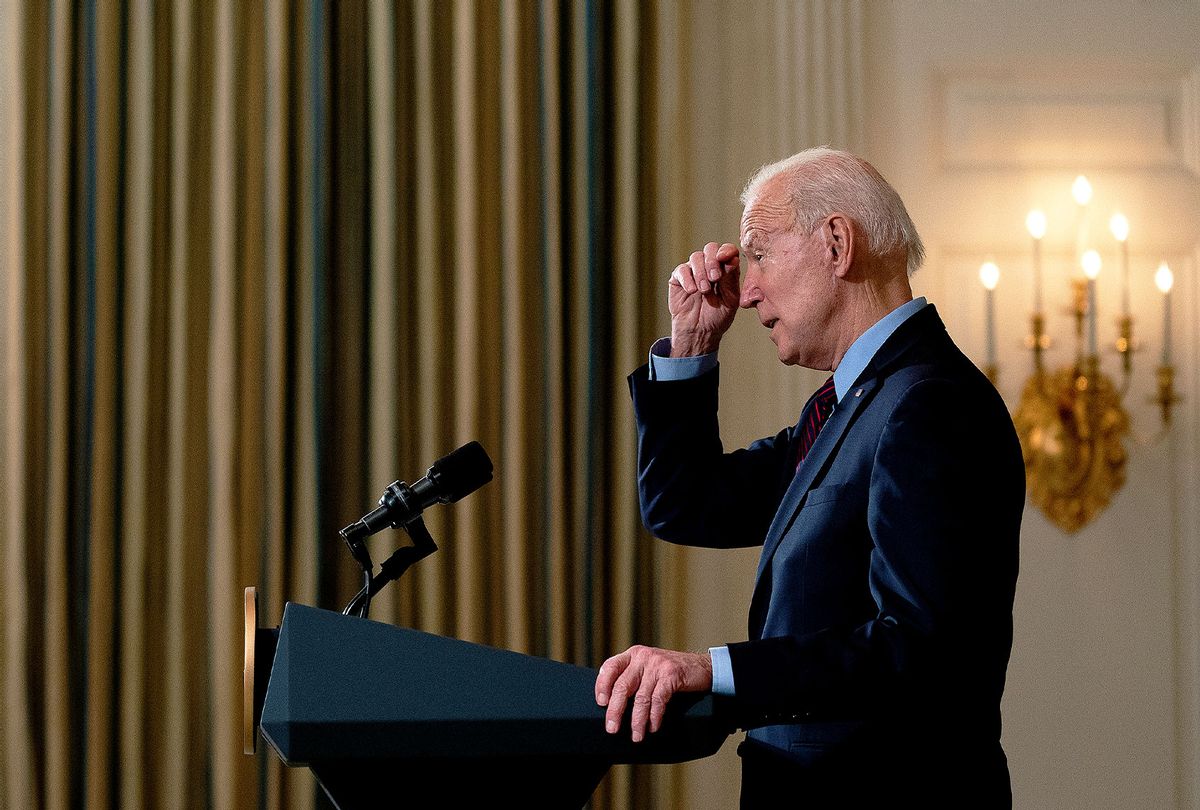 U.S. President Joe Biden delivers remarks on the national economy and the need for his administration's proposed $1.9 trillion coronavirus relief legislation in the State Dining Room at the White House on February 05, 2021 in Washington, DC. Biden hosted lawmakers from both parties at the White House this week in an effort to push his pandemic relief plan forward. (Stefani Reynolds-Pool/Getty Images)
--

President Joe Biden appeared in his first network television interview with CBS News since taking office, and provided insight into the COVID-19 pandemic plan his administration inherited from the Trump administration.

In the interview with Norah O'Donnell, she asked if the Super Bowl would have a full stadium next year.

"It's my hope and expectation if we're able to put together and make up for all the lost time in fighting COVID that's occurred," Biden said, indicating that the Trump administration's handling of the pandemic was "more dire than we thought."

"One of the disappointments was when we came into office is the circumstance relating to how the [former] administration was handling COVID was even more dire than we thought," Biden said. "We thought that it had indicated there was a lot more vaccine available and it didn't turn out to be the case."

Biden added that's why his administration has "ramped up every way we can."

Biden took office promising to aid the nationwide rollout of vaccines, with a focus on getting them to marginalized populations who have been hit the hardest by COVID-19. To do this, the Biden administration set a goal to reach 100 million vaccinations in its first 100 days of office. The administration has increased its weekly vaccine supply to states and is purchasing an additional 100 million doses of both the Pfizer and Moderna vaccines to quicken the pace of the roll-out throughout the summer. The purchases will provide enough supply to vaccinate nearly 300 million Americans by the end of the summer.

Last week, the Biden administration also announced that it will start shipping vaccine doses to retail pharmacies across the nation;  this move is separate from an ongoing federal program to have Walgreens and CVS vaccinate residents of long-term care facilities.

"The Centers for Disease Control, which has quite a bit of experience working with pharmacies, is making sure that we are picking pharmacies in that first phase that are located in areas that are harder to reach to ensure that we have equitable distribution of the pharmacy doses," said Jeff Zients , White House coronavirus response coordinator, adding that the first couple of weeks will be a dry run. "Eventually, as we're able to increase supply, up to 40,000 pharmacies nationwide could provide COVID-19 vaccinations."

Biden calling the vaccine situation "dire" during the CBS interview didn't come exactly as a surprise. Politico previously reported that the Biden administration arrived at the White House ready to hit the ground running, but had to spend much of their first week trying to locate 20 million missing vaccines — a consequence of the Trump administration's infrastructure that failed to track the route vaccines took once they left the federal government's storage spaces.

"Nobody had a complete picture," said Julie Morita, a member of the Biden transition team and executive vice president at the Robert Wood Johnson Foundation, to Politico. "The plans that were being made were being made with the assumption that more information would be available and be revealed once they got into the White House."

The Biden administration is also gearing up to use sports stadiums as mass vaccine sites across the country, which Biden spoke about in the CBS interview. NFL Commissioner Roger Goodell offered the league's 30 stadiums as potential vaccination sites.

When asked if the Biden administration would accept the offer, Biden said, "Absolutely, we will."

"Let me put it this way, I'm gonna tell my team they're available and I believe we'll use them," Biden said.