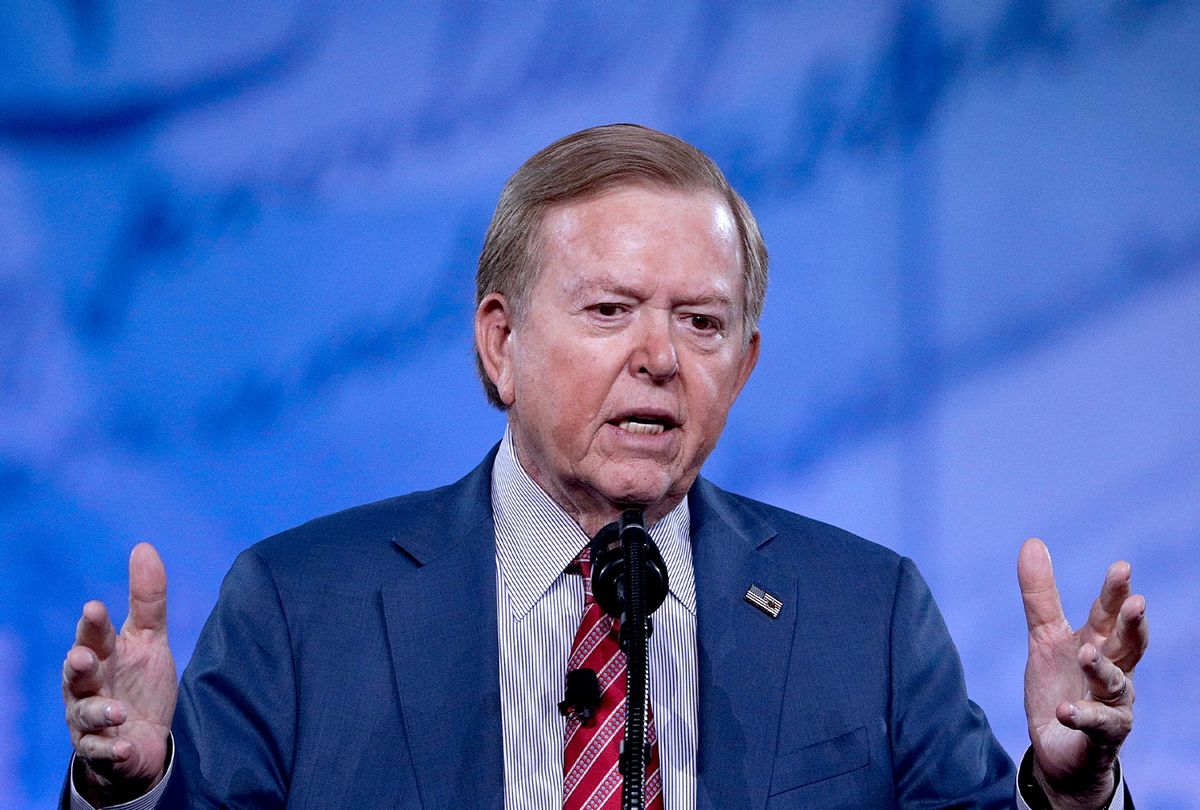 Facing one of the largest libel cases in U.S history, Fox News abruptly canceled "Lou Dobbs Tonight," prompting the Trump-loving host to go on a Twitter tirade, tearing apart his former employer while refusing to back down from the baseless claims of election fraud that got him in such trouble in the first place.

Fox News, three of its hosts, and two of Donald Trump's former lawyers, Rudy Giuliani and Sidney Powell, are being sued for $2.7 billion. The case is brought on by a voting technology company, Smartmatic, and charges the defendants for spreading baseless claims that the company took part in stealing the 2020 presidential election. Antonio Mugica, the chief executive and founder of Smartmatic, told CNN Business, "We have no choice. The disinformation campaign that was launched against us is an obliterating one. For us, this is existential, and we have to take action."

The lawsuit was filed in New York state court on Wednesday and accuses the defendants of lying about Smartmatic's ethical standards in order to persuade the public that the election was stolen. "Without any true villain, defendants invented one," the lawsuit adds.

On Friday, Dobbs, the longtime host of the highest-rated show on the Fox Business Network, got canned — a move decried by Donald Trump:

Dobbs has since gone a multi-day Twitter tirade. Dobbs retweeted dozens of supporters from his more than a decade on Fox Business Network:

A spokesperson for Fox News said in a statement, "FOX News Media is committed to providing the full context of every story with in-depth reporting and clear opinion. We are proud of our 2020 election coverage and will vigorously defend this meritless lawsuit in court."

Similarly, Powell said in a statement that she had not received notice of the lawsuit, and that it was "just another political maneuver motivated by the radical left that has no basis in fact or law." Giuliani added that he looks forward to litigating with them.

As for Dobbs' sudden departure, the network suggested it is unrelated to the lawsuits it's facing. "As we said in October, FOX News Media regularly considers programming changes and plans have been in place to launch new formats as appropriate post-election, including on FOX Business – this is part of those planned changes."

Although Trump-appointed then-Attorney General William Barr confirmed that the Department of Justice found no evidence of election fraud, the disinformation campaign spread via FOX news continued to attack Smartmatic's legitimacy, presenting a massive hill to climb for Fox Corporation.

Sophia Tesfaye contributed to this report.