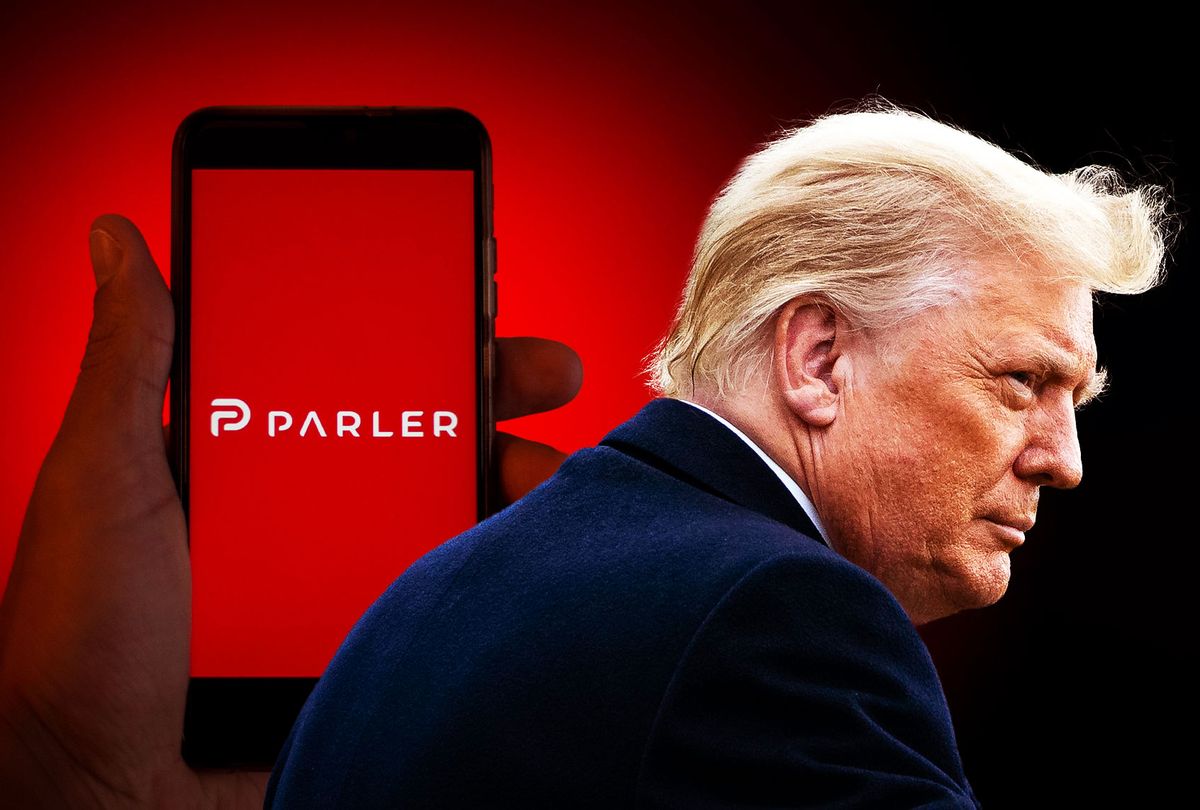 The House Committee on Oversight and Reform penned a letter on Monday to Parler's chief operating officer Jeffrey Wernick, demanding that he hand over documents regarding the company's stakeholders, creditors, ties with Russia and newly reported ownership negotiations with the Trump Organization.

The primary signatory of the letter, Chairwoman Carolyn B. Maloney, D-NY, asked about a report that Parler offered the Trump Organization a 40% stake in the platform if the former president committed to making "Parler his primary social network." The deal would have required that Trump exclusively use Parler as his primary social media for at least four hours before re-posting the same content to other social media platforms.

According to a Buzzfeed report, talks between Parler and the Trump Organization kicked off during the summer of last year and continued through November until they were derailed by the Capitol riot on Jan 6. However, Trump's former campaign manager Brad Parscale and campaign lawyer Alex Cannon had reportedly met with Parler's CEO, John Matze, as far back as 2019. Legal experts told Buzzfeed that the deal may have been in violation of anti-bribery laws. Matze –– who alleged that he was booted out of the company after pushing for more rigorous content moderation –– said in court filings last month that Trump had intended to create an account on Parler under the pseudonym "Person X."

In an interview with Axios, Matze expressed that he remembered feeling apprehensive about partnering with the Trump. "I didn't like the idea of working with Trump, because he might have bullied people inside the company to do what he wanted," Matze explained, "But I was worried that if we didn't sign the deal, he might have been vengeful and told his followers to leave Parler."

Chairwoman Maloney's letter also argued that Parler shirked its responsibility to moderate right-wing radicalism leading up to the riot, citing "numerous Parler users" who "have been arrested and charged for their roles" in inciting violence.

"Immediately after President Trump exhorted his supporters to "show strength" during his speech," Maloney stated, "the term 'civil war' surged into one of the top five most frequently used terms on Parler. One user wrote, 'Be men fight back and f--- them up. Civil war is upon us.'"

Back in mid-January, Maloney called on FBI Director Christopher Wray to launch an investigation into Parler "as a potential facilitator of planning and incitement related to the violence" and "as a repository of key evidence posted by users on its site." It was then that Maloney also casted doubt over Parler's financing and ties with Russia.

"Parler reportedly allowed Russian disinformation to flourish on its platform prior to the November 2020 election," the letter claimed. While disinformation was removed from other social networking platforms, it wasn't scrubbed from Parler.

Chairwoman Maloney also demanded answers as to why Parler was reinstated on a Russian hosting service.

"When U.S. hosting services cut ties with Parler for repeatedly failing to moderate content advocating violence," Maloney stated, "Parler re-emerged on a Russian hosting service, DDos-Guard, which has ties to the Russian government and counts the Russian Ministry of Defense as one of its clients."

According to Matze, Amazon, which removed Parler from its online marketplace two days after the riot, only did so because "it knew there was a possibility that Trump might obtain a Parler account." Amazon, however, has denied these allegations, maintaining Parler's removal had "nothing to do with politics."