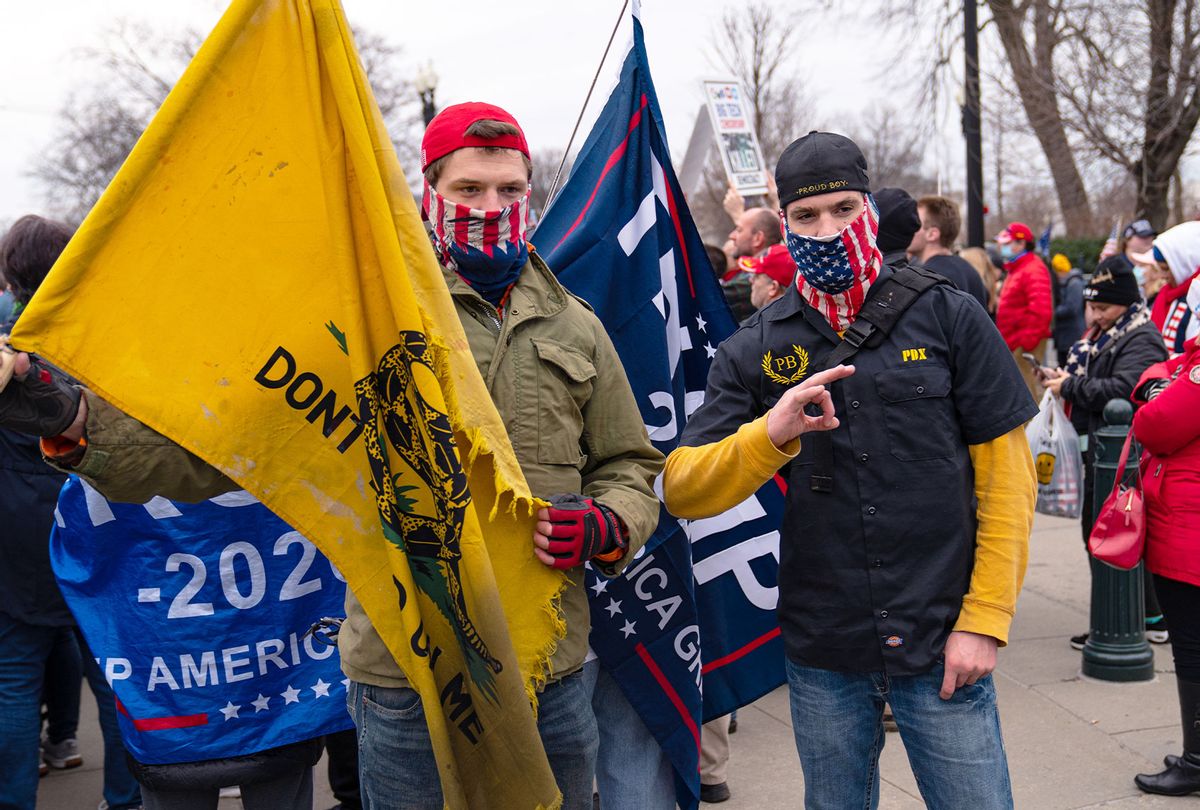 Members of the Proud Boys stand for their picture near the U.S. Supreme Court Building during a rally supporting President Donald Trump on January 5, 2021 in Washington, DC. Today's rally kicks off two days of pro-Trump events fueled by President Trump's continued claims of election fraud and a last-ditch effort to overturn the results before Congress finalizes them on January 6. (Robert Nickelsberg/Getty Images)
--

Nicholas Ochs, the founder of the Hawaii chapter of the Proud Boys, now faces 20 years in jail for his role in the Jan. 6 riots at the United States Capitol building.

The Honolulu Civil Beat reports that a grand jury on Wednesday indicted Ochs and accomplice Nicholas DeCarlo on a wide range of charges, including conspiracy, destruction of government property and theft.

The two men became infamous during the riot for breaking into the Capitol and then writing "Murder the Media" on a doorway. The two men also photographed themselves standing in front of the vandalized doorway giving thumbs-up gestures.

Additionally, the indictment alleges that the two men stole a pair of handcuffs from Capitol police.

The whole indictment can be found at this link.