One writer celebrates the jars, crocks and bowls that complete his kitchen — and fill his home with memories 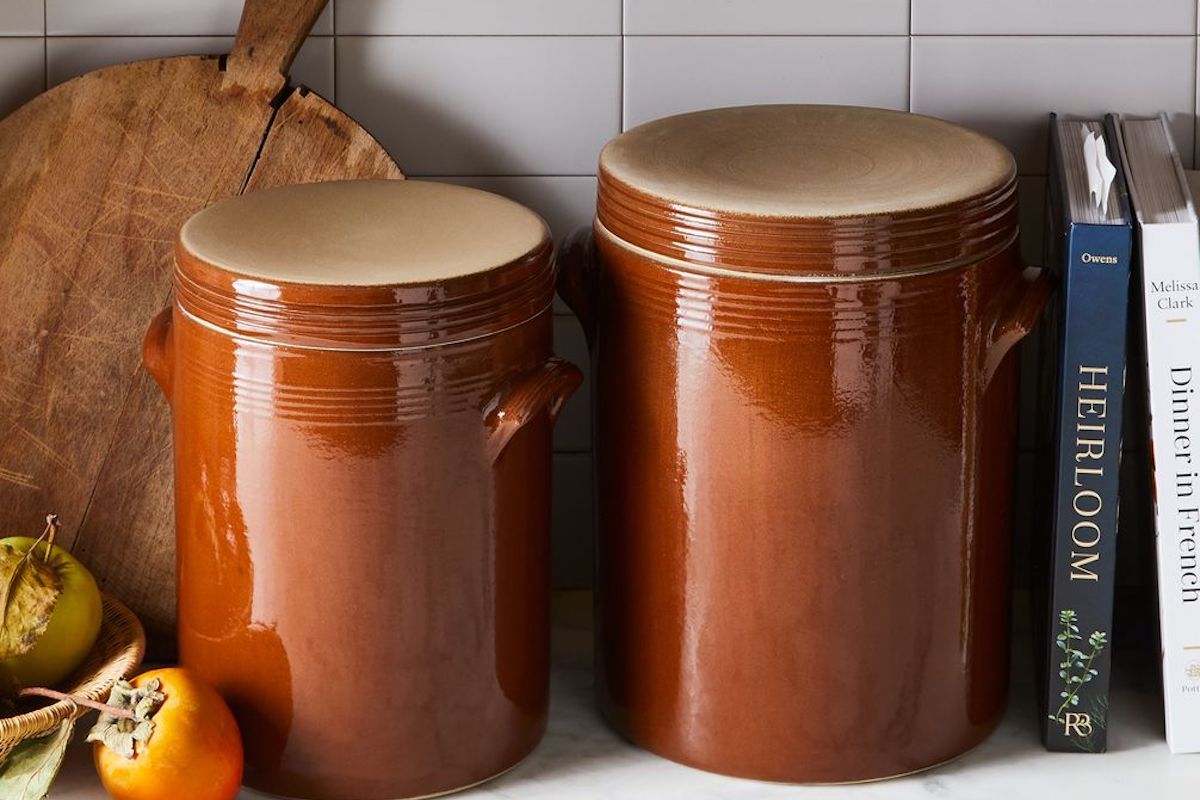 An object is often worth more than its material form. It can bring with it cultural echoes, family history, and personal memory. In "The Things We Treasure," writers tell us about their most priceless possessions — and the irreplaceable stories behind them.

I grew up in the Baby Boom years. As my parents ascended from working class to middle class, I noticed (even as a child) that there were things they acquired that were often not meant to be used. They had "fancy" dishes that only saw the light of day at Thanksgiving, table linens too pristine to ever be served on, and rooms that were deemed suitable only when we had company (even though we rarely had any).

Years later, as I began to form my own household, I was determined that my home would be the kind of place where people could put their feet up and put a glass down — and that I wouldn't buy anything if it seemed too delicate. I also decided I wouldn't be the kind of person who collected things, but as it turned out, I discovered my soft spot — for a certain simple but sturdy French Pottery.

This rustic pottery is referred to by several names: Poterie en Grès (sandstone), Terre-Cuit (cooked earth), salt-glazed pottery, or Berrichon Pottery, as it comes from that historic region in the Loire Valley, where it has been manufactured for over a century, and until recently, by a firm called Poterie Renault. This family-run workshop has made its rustic salt-glazed stoneware for five generations — a tabletop classic, showing up in restaurants and homes all over France. Until 2016, when they announced their closure. I felt genuine distress when I heard they were closing because their pottery was a touchstone to so many wonderful experiences over three decades, but I'm also glad for the pieces I have to remember them by.

The first piece I acquired was right after a trip to Paris in 1991. Each morning as I wandered solo to a different breakfast spot, I'd ask for a café au lait. Frequently, the waiter would deliver my espresso in a small, sturdy brown bowl with a small pitcher of warm milk on the side. And then I found one just like it, in a Parisian kitchen store: easy to grip because of its sandy, salt-glazed exterior, and thick enough to keep the coffee warm. It may never win a beauty contest, but it feels so pleasing in the hand. To this day, this bowl is in my most-handy kitchen cabinet for frequent use.

The next purchase came a year later when my now-husband, Bob, entered my life, and we hatched a plan to go to Paris on holiday. We stayed at an inexpensive and quaint hotel across Notre Dame on the Left Bank, regularly frequenting the dense touristy area nearby referred to as Little Greece. Stopping at the first place with a cheap French menu, we were escorted upstairs to a cozy, crowded room, and an utterly forgettable meal, but when the frites were brought to the table, I point out to Bob that they were in a bowl that appeared to be the same pottery as my café bowl back home. I'll admit I've never actually made frites, but when the occasional bag of frozen fries comes into our house today, we always reach for this bowl to serve them.

On another trip some years later, we dined at Chez Paul, a lively boite in the 11th Arrondisement where we tucked in to Pot au Feu and some of the house red. House wines in France are often quite good and served in a pitcher — decorated with grapes or in the shape of a wine barrel. Our Pichet de Côtes du Rhône is delivered to the table in a sturdy Berrichon workhorse. Easy to grip, easy to pour, and not the least bit likely to be bumped off the small table thanks to its straight sides and flat bottom. It might have been the heady glow of the buzzing bistrot, or the house wine working its magic, but this is when I really start to fall in love with this pottery.

We started to look for these jars and vessels at every antique shop or brocantes (second-hand goods) or vide grenier (yard sale) we came across. We found a pitcher in the exact size and brought it home, and when it isn't filling water glasses at the table, it is parked next to the stove, always full, so I can quickly thin a sauce, stop a scorch, or re-fill the pan where I'm steaming some vegetables.

In our many, many years of visiting France, the jar we have encountered the most is the small crock. The first time we saw one was at the legendary spot, Chez Denise, one of the few restaurants that dates back to when Les Halles was the food market in Paris and Emile Zola dubbed it "the belly of the beast." In any restaurant in France if you order a rillette or pâté or any of the other numerous dishes that French folk think requires the accompaniment of a small pickle, this nice little Berrichon crock of cornichons (dilled gherkins) will be dropped at the table with a pair of wooden tongs for fishing them out.

Over the years our collection has grown to include several jars in this size and larger, as well as other pitchers, crocks, and some terrific straight-sided bowls. Bought both new and used, I remember vividly where each of these pieces came from and I deeply enjoy using every one of them. It is remarkable to me that in 30 years of near-daily use, not a single piece has ever broken.

One day, I trust, the pandemic will pass and we will be able to go back. Ideally, with a shipping container lined up for the return trip. In fact, there is a three-foot tall Berrichon planter that I spotted full of flowers in a teeny Burgundian village. I'm certain it would be perfect in my garden.