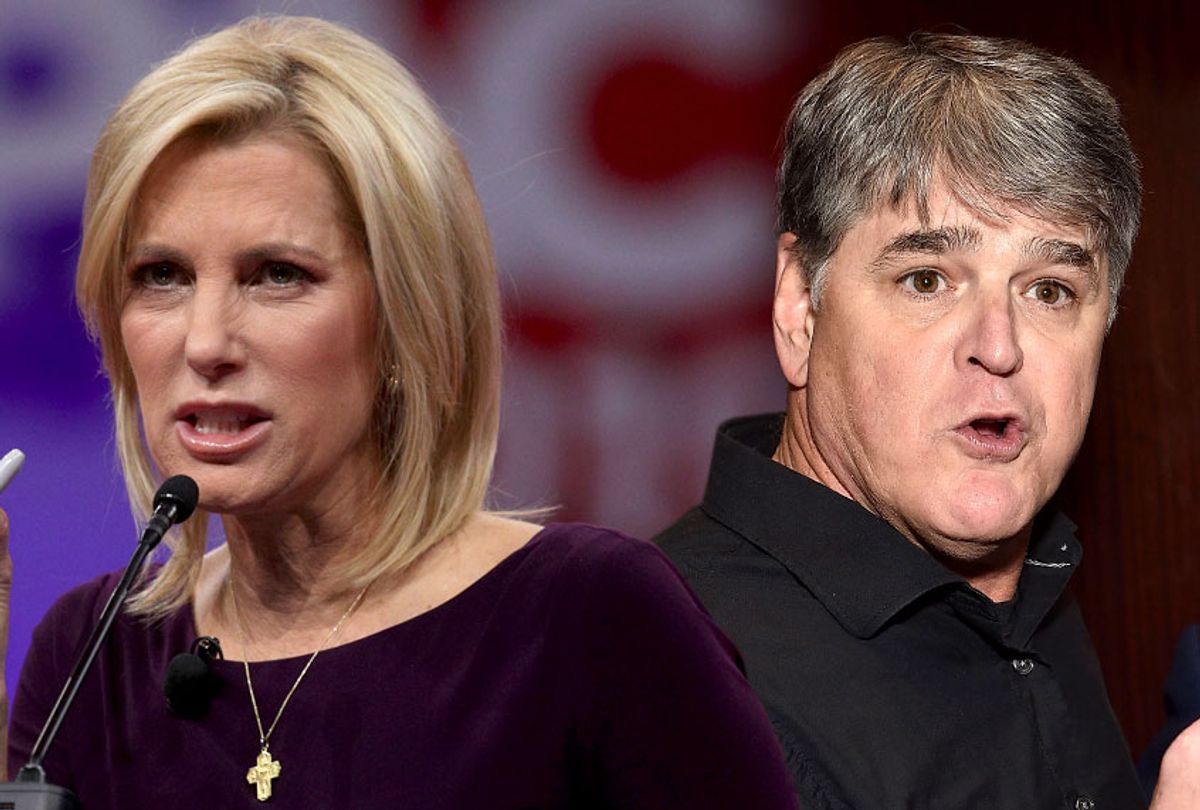 Donald Trump's lawyers put forth such a flimflam argument to open the Senate's impeachment trial that his biggest sycophants in the right-wing media didn't even bother trying to spin in the disastrous first day.

On Wednesday, Sean Hannity pressed Trump lawyer David Schoen on his team's performance. "I'm not attacking your partner. I don't know him at all, but I like focused arguments."

As Hannity's show closed, Ingraham told her colleague that she was glad to see him press Schoen on Castor's argument.

Ingraham cut him off. "It was terrible. I'm sorry, it was," she said to Hannity. "You're way too charitable. If you hired that guy in a case that you were paying the bills on, it woulda been like..."

Hannity admitted that he was "a little nervous" at the beginning of Castor's defense.

"How much time can he spend praising the democrats?" Ingraham asked. "The whole thing was, like, a walk down memory lane."

"Sorry," Ingraham continued, "I'm pretty worked up about given what's at stake for the Constitution and the country."

"These are not helpful things that was happening on the president's behalf," Kilmeade spoke for the former president who has gone curiously silent since being booted from Twitter. "You wouldn't blame him if he was upset, but it might've been the president's fault for firing his other attorneys that were doing all the preparing."