Republicans want to plant 1 trillion trees — and then log them 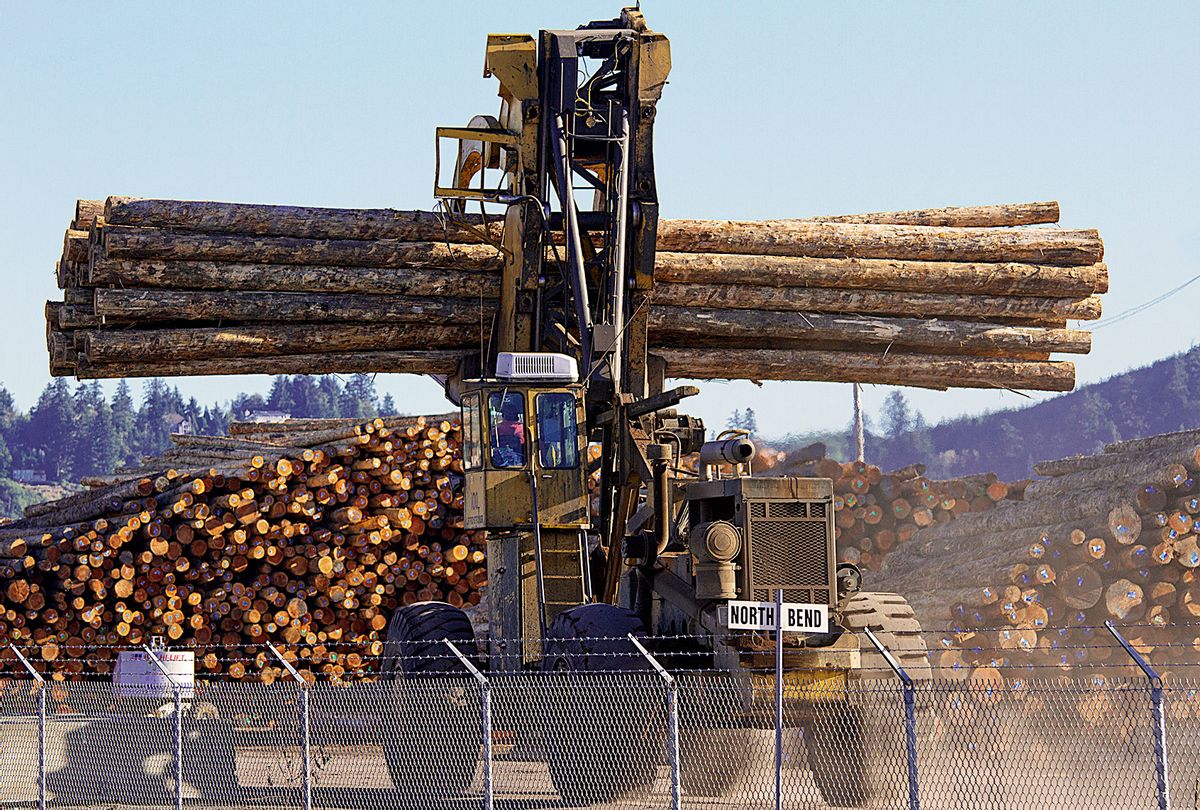 About a year ago, Representative Bruce Westerman, a Republican from Arkansas who is also a certified forester and a longtime forest policy advocate, introduced the Trillion Trees Act. It was one of four bills in a climate package that Republicans hoped would rival a Democratic emissions-reduction proposal presented at the same time — not to mention an even more ambitious Democratic proposal, the Green New Deal.

Unlike its sweeping Democratic counterparts, which aimed to decarbonize every sector of the economy, the Trillion Trees Act offered a narrow strategy for addressing climate change: increasing carbon sequestration on public lands by planting trees. The bill had almost 40 co-sponsors in the House, all but three of them Republicans. Former President Donald Trump also supported the bill, issuing a Trillion Trees executive order in October and affirming "America's commitment to promoting conservation efforts."

For months, the bill languished in the Natural Resource Committee, never making it to the House floor for a vote. But nearly a year later, as Washington was preparing for a new administration, a group of senators revived the call for trees on public lands. Two Republican and two Democratic senators introduced a slightly modified version of the House bill in December. Tree planting had become a bipartisan solution to carbon emissions.

Planting trees, which suck carbon out of the air, is an intuitive, appealing climate solution. Indeed, the Trillion Trees Act was inspired by a larger, international initiative launched by the World Economic Forum that aims to plant 1 trillion trees worldwide by 2030. And the idea has gotten a big boost in popular culture in recent years; YouTuber Mr. Beast raised millions of dollars in 2019 in a popular public effort to plant a million trees; he even got tech mogul Elon Musk to donate $1 million to his campaign.

But environmental advocates and Democrats in Congress alike dislike both the original Trillion Trees Act and the new Senate version, claiming that neither bill meaningfully addresses climate change.

The original bill would create a forest management plan for public lands managed by the Bureau of Land Management and the U.S. Forest Service with the aim of planting about 3.3 billion trees per year for the next 30 years. It tasks the secretary of the interior with establishing an annual "wood growth target" or a goal to harvest a certain amount of timber each year. The purpose of such a target would be to ensure the U.S. produces enough trees each year to effectively capture and store carbon in wood after the trees have been harvested. It would also establish a reforestation task force focused on planting new trees in damaged or bare areas, in order to meet the wood growth target. In essence, trees would be planted as monocultures on public lands, just to get cut down in the hopes that carbon would remain stored in the cut wood products.

But environmental groups say that the bill amounts to a gift to the logging industry, not a serious climate solution. Last February, more than 95 civic groups — including the Sierra Club, the Natural Resources Defense Council, the Wilderness Society, and Earthjustice — wrote a letter to the chair of the House Natural Resource Committee expressing their opposition to the bill.

The groups' main argument against the bill is that growing trees for logging is not a very good way to store carbon. The letter pointed out that "only a fraction of the carbon stored in a standing tree" remains within wood products. This is because when a forest is logged, any remaining branches, roots, or debris are often burned or left to decompose, releasing carbon into the air. The fossil fuels burned to power logging equipment also contribute to emissions, and once the logged trees reach a sawmill, even more carbon is released as the wood is processed and cut into 2-by-4 blocks. The bill as written also failed to account for the release of carbon from soils during clear cuts, loss of carbon during wood product decomposition, and the emissions associated with log transport, according to Blaine Miller-McFeeley, a senior legislative representative for Earthjustice.

Additionally, the environmental groups pointed out that young trees and tree plantations aren't very good at storing carbon when compared to diverse, old-growth forests. "Older forests store a lot more carbon than young forests, and much of it is returned to the atmosphere quickly when harvested and planted with young trees," Beverly Law, a professor of global change biology at Oregon State University, told Mongabay. In addition to increasing the amount of planting and logging of trees, the Trillion Trees bill would truncate judicial review and limit community input around reforestation and logging projects, which the letter also criticized.

"Planting a whole bunch of trees just so you can cut them back down is not the kind of science-based climate solution I think we're looking for," said Representative Jared Huffman of California, a Democrat and an opponent of the House bill.

The Senate bill introduced by Democratic Senator Chris Coons of Delaware was significantly better, said Miller-McFeeley. It focused less on carbon sequestration through logging and, unlike the House bill, didn't require more and more wood be logged every year. Despite those changes, "It still is not legislation that we are supportive of," said Miller-McFeeley.

Miller-McFeeley takes issue with the central strategy of both bills: reforestation. "Reforestation generally speaking, and so the general goal of either of these Trillion Trees bills, is rarely ever helpful or necessary and can actually be detrimental to the ecology of the forest," Miller-McFeeley told Grist.

Reforestation works by going into a forest plot that's been damaged (by wildfire, for instance), removing any remaining standing trees in a process called salvage logging, and planting new ones. This practice of salvage logging, which is used widely by the Forest Service after fires or beetle infestations, is a problem for a number of reasons.

"First, when a tree burns for example, it still retains about 90 percent of the carbon that it originally had," said Miller-McFeeley. "Once you cut it down and salvage-log it, it starts to lose its carbon." Additionally, forests naturally regenerate after major disturbance events if they're left alone, with new plants, flowers, and saplings taking over the landscape. When people reforest and salvage-log a damaged site, they and their heavy machinery often trample the landscape, leading to erosion and making it difficult for the trees to regenerate naturally.

The other problem with both bills is that they don't make significant reference to the need to protect existing forests. "It's a cop-out," said Miller-McFeeley.

Huffman agreed. "If we're serious about carbon sequestration in forest management, you have to recognize that by far, the biggest tool to maximize carbon storage in our forests is protection of old growth trees," Huffman told Grist.

And most environmental groups agree that forests are a small part of the climate solution, eclipsed by the need for a transition away from fossil fuels.

When asked why he was co-sponsoring the Senate bill, Coons said he's proud to be working with his Republican colleagues on such an initiative. "Introducing a bipartisan bill focused on reducing carbon in the atmosphere is an important step in building a consensus around addressing climate," he said in an email on Inauguration Day. "I'm encouraged that the incoming Biden Administration is prioritizing climate action, from investing in clean energy to leveraging natural climate solutions."

Miller-McFeeley says that Earthjustice at least has no plans to support a bill that focuses on reforestation rather than preservation. Huffman doesn't believe the bill will get much traction either with the Democratic majority unless Westerman drops the logging provisions. "You might see one or two Democrats that would support the type of bill Bruce introduced last Congress. "But overwhelmingly, Democrats are not interested in weakening environmental laws, or creating incentives that are too myopically focused on logging volumes, and not reflective of the need to protect old growth trees," he said. "If he wants more than a token Democrat or two, he really needs to recalibrate that bill. And I hope he does."