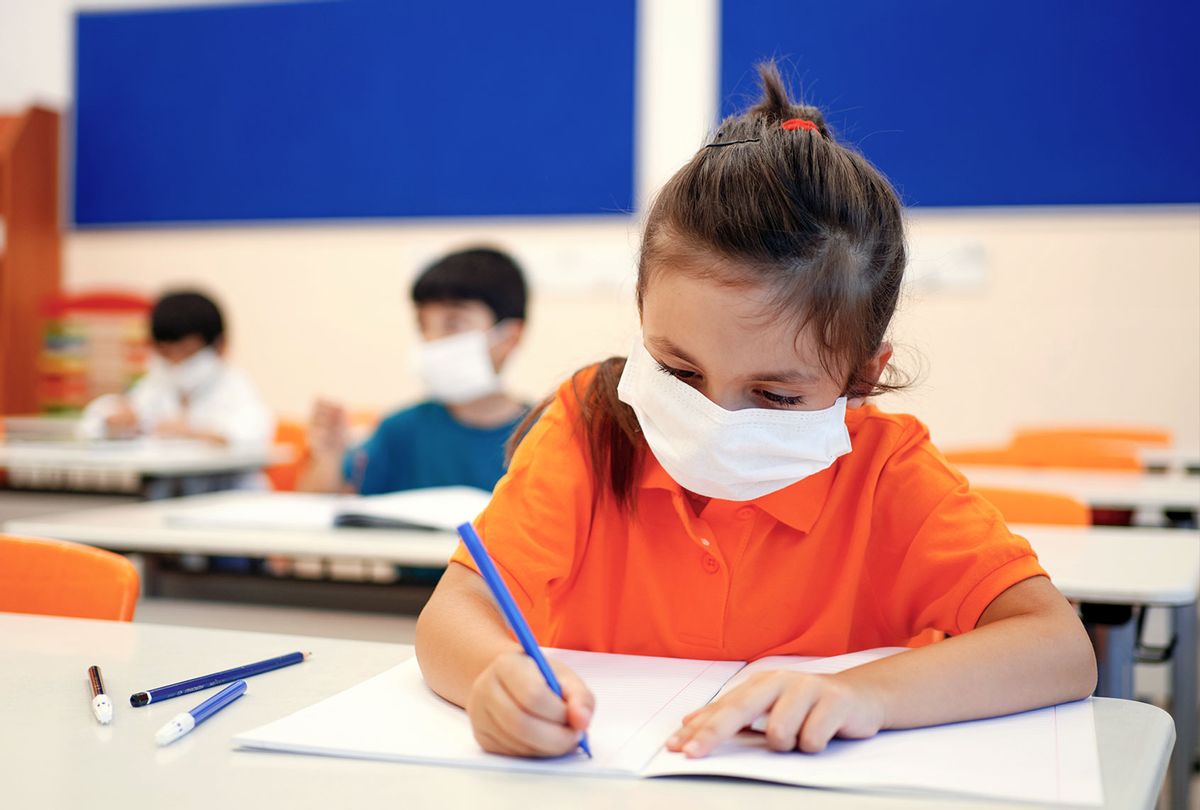 California mom Megan Bacigalupi has had enough. She wants her kindergartner and second grader back in their Oakland classrooms.

But the coronavirus is spreading too quickly to open schools in Alameda County, based on the current state standards. And the local teachers union hasn't agreed to go back — even after teachers have been vaccinated. So she expects her kids will be logging on to school from home for a while.

"The impediments to opening are just too great," said Bacigalupi, who is lobbying California lawmakers to establish firm, statewide health metrics that, once met, would require schools to open. "In the end, it comes down to a lack of political will to get the kids back in the classroom."

Parents across the country, many of whom relied on schools to care for their children while they worked, are frustrated and angry that remote instruction has gone on so long, even as grocery store clerks, city bus drivers and other essential workers have braved the risks of their workplaces. Lawmakers are increasingly joining their calls to get kids into classrooms, citing the loss of worker productivity and parents' concerns about the social, emotional and academic effects on children.

President Joe Biden has pledged to open most schools within his first 100 days in office if Congress provides funding, and if states and cities adopt safety steps.

But that will be a herculean task. Nearly one year into the pandemic, fewer than half of students are attending schools that are teaching in person every day, and the question of how and when to get kids back into classrooms often depends less on science than politics — including the strength of local teachers unions.

The Centers for Disease Control and Prevention concluded recently that schools can reopen safely if their communities have low levels of the virus and they adhere strictly to measures such as requiring everyone to stay 6 feet apart and wear masks.

But in numerous communities, those basic measures haven't been followed, even before the vaccine rollout — and many teachers aren't convinced they will be safe on campus.

With infection rates starting to decline nationally, many parents, superintendents, school boards and politicians insist this is the moment to stop striving for perfection and embrace the health measures necessary to get kids into classrooms safely. Some are even taking dramatic measures, such as the city of San Francisco, which sued its school district Wednesday to force it to open.

The same day, CDC Director Dr. Rochelle Walensky said at a press briefing that schools can safely reopen even if teachers aren't yet vaccinated.

"If we wait for the perfect, we might as well just pack it up and just be honest with folks that we're not going to open for in-person instruction in the school year," Democratic California Gov. Gavin Newsom recently told school administrators — breaking with the politically powerful California Teachers Association, which wants all teachers vaccinated before reopening.

In many states, teachers lobbied to be among the first to be vaccinated after health care workers and nursing home residents. But they also argue the vaccines alone are not enough to open schools. They want low levels of community spread. They want as many school staffers as possible vaccinated, which could take months. And they want assurances that schools won't relax masking, physical distancing and other safety measures.

"We've had concerns about some districts being more lax even before the vaccine," said Scott DiMauro, president of the Ohio Education Association, the state's largest teachers union.

Dr. Mark Schleiss, a pediatrics professor at the University of Minnesota Medical School, agreed that health measures must be enforced even after vaccination.

"It's unfortunate that people think life goes back to normal, that once we get the vaccine, the masks come flying off," he said. "Vaccination doesn't take things back to normal."

That's because there are still unknowns about the vaccines: It's unclear if vaccinated people can transmit the virus. Plus, not all adults can get a vaccine (for medical reasons), and about 5% of those who receive the Moderna or Pfizer-BioNTech versions might not be fully protected. Kids are another matter entirely: No covid vaccine has yet been approved for use in children younger than 16.

Teachers say they feel especially vulnerable when the virus is running rampant in a community, but health experts don't agree on exactly what that means.

"We have educators who are dying from this. We know they're taking it home," said Theron Stokes, associate executive director of the Alabama Education Association teachers union.

The Politics of Reopening

As of late January, about 38% of K-12 public school students attended virtual-only schools, 38% attended in-person schools, and 24% attended hybrid schools that offered a mix of both, according to Burbio, a company tracking a representative sample of 1,200 school districts.

Decisions about returning to school have often been driven by ideology in the absence of firm scientific guidance about community spread.

Politics plays as big a role as health, said Bree Dusseault, practitioner-in-residence at the Center on Reinventing Education, a nonpartisan research center that has tracked 477 school districts since March. "Because the pandemic became so politicized, districts found themselves in political debates in their own communities."

For instance, some politically motivated decisions to reopen schools were made despite dangerous surges in covid cases over the summer. In Texas, Republican Gov. Greg Abbott told schools in July they'd have to transition to in-person education after the state attorney general declared "sweeping" school closures unlawful. In Florida, Republican Gov. Ron DeSantis threatened to withhold state funding from schools that did not reopen in person.

In Democratic strongholds such as New Jersey and Chicago, powerful unions have protested and delayed school reopenings.

Union opposition played a part in the Oakland school district's decision to stick with remote-only learning in the fall, which boggled Bacigalupi's mind because covid cases had dropped after the summer surge. At the time, restaurants, gyms and hair salons in her county were allowed to partially reopen, and some schools in neighboring counties had also opened.

"One of the reasons it's so frustrating is that we can look at so many places and we see tens of thousands of kids back in school," said Bacigalupi, whose children, ages 5 and 8, have been out of school for nearly a year. "I'm also just sad. And the sadness gets worse as you see what's happening to your kid. It's harming them."

Bacigalupi said her second grader is like a different child — he's quick to anger and struggles to regulate his emotions. He now gets counseling once a week.

Under pressure, more schools are reopening by the day. In Cincinnati, city schools returned to a hybrid model of in-person and remote learning this month after a judge dismissed a teachers union lawsuit seeking to delay reopening.

Public health officials say districts must acknowledge that holding school in person is a calculated risk, and take concrete steps to minimize the danger for staff members and kids. These include separating desks in classrooms — even if that means holding class in a gymnasium — erecting plexiglass barriers where possible and limiting school sports.

"Implementing a combination of all of these layered approaches will make it a lot safer," said Krystal Pollitt, an assistant professor of environmental health sciences at the Yale School of Public Health, which last year issued guidance to help schools determine when to reopen.

For example, the Los Angeles Unified School District, the second largest in the country, has taken a number of measures, including installing upgraded air filters, purchasing an ionized cleaning system to sanitize surfaces and rearranging furniture in classrooms, said Kelly Gonez, president of the school board.

But like the local and state teachers unions and the district superintendent, Gonez believes the rampant spread of covid in the region must be addressed first.

"Once the broader covid conditions are in a safer place in the community, I think we will be ready," Gonez said. "We have the protocols in place to do this successfully."

On Wednesday, the local American Academy of Pediatrics chapter countered that schools should reopen immediately because the social isolation, anxiety and lack of structure are "causing undue harm" to children.

"'Safe' is a relative term," said Schleiss, the Minnesota professor. "Continuing to attend school with careful monitoring is reasonable. We don't want the perfect to be the enemy of the good."