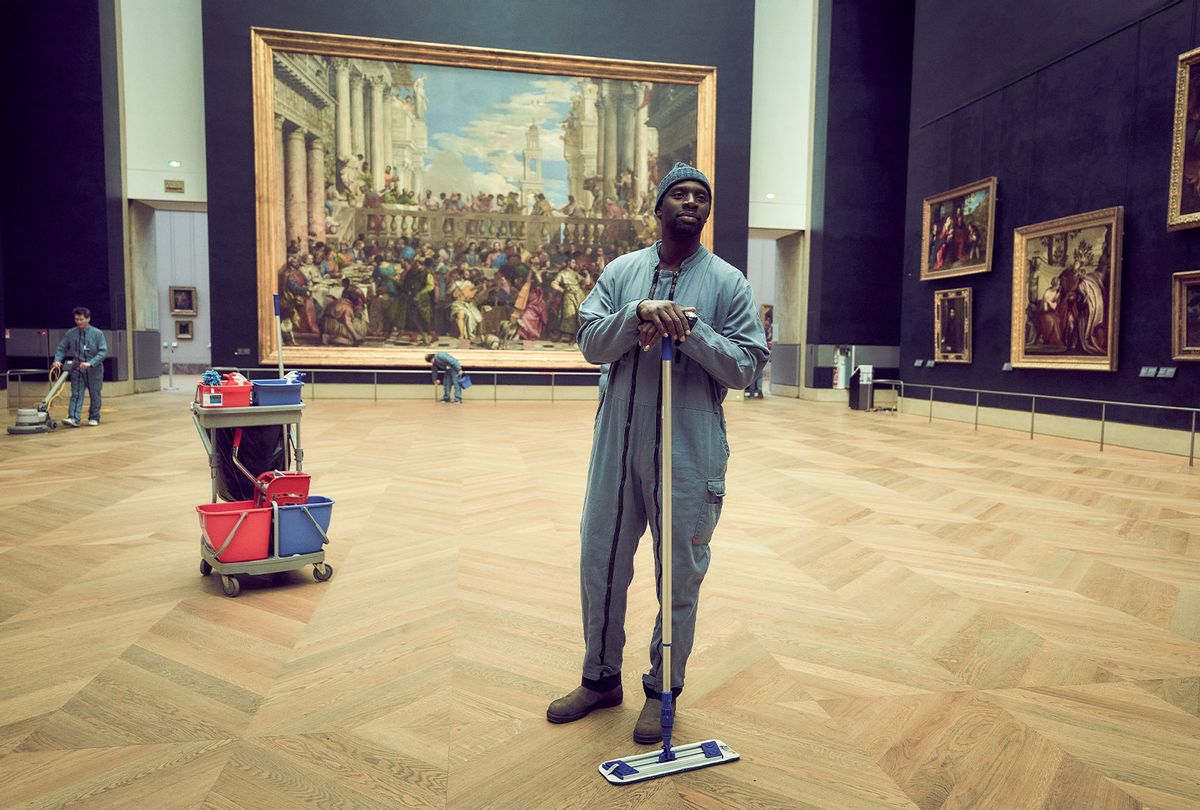 Netflix's immensely successful new French-language show "Lupin" has introduced a new generation of anglophone viewers to one of the most popular characters in French popular fiction, Arsène Lupin, gentleman thief.

Lupin was created in 1905 by the writer Maurice Leblanc at the behest of publisher Pierre Lafitte, who had recently launched a general interest magazine, Je Sais Tout. Lafitte wanted a serial that would guarantee a loyal readership for his magazine, as the Sherlock Holmes stories had for the Strand Magazine. Drawing inspiration from Conan Doyle and EW Hornung's Raffles stories, Leblanc obliged by creating a flamboyant and ultimately always benign trickster figure.

Cat burglar, con artist, master of disguise, Lupin is also a brilliant detective and righter of wrongs. His appeal has proved enduring: in addition to the original 20 volumes of stories authored by Leblanc, there have been countless plays, radio shows, TV series and films, from Italian pornos to a Japanese manga franchise. He has been incarnated by John Barrymore, Georges Descrières, and Romain Duris, all with signature topper and monocle. Now he is being played by Omar Sy, wearing a more modish, but equally dashing, flat cap and trench coat ensemble. The most watched foreign-language series yet on Netflix, this reboot shows a deep and sincere appreciation of the original while bringing to it an awareness of contemporary social concerns.

Omar Sy plays Assane Diop, a grifter and thief who styles himself on Lupin. Diop is on a lifelong mission to clear the name of his father, who died by suicide in prison 25 years ago after being unjustly accused of the theft of a diamond necklace.

Although daring and clever in many ways, Diop's search for justice only ever lands him in mild peril. However, even though the audience can often guess how things will turn out — broadly speaking, happily — there are enough twists and turns along the way to keep us entertained. Like much good popular fiction, therefore, Lupin offers a mixture of familiarity and novelty, nowhere more so than in its representation of Paris.

The original stories were always heavily invested in a certain ideal of Frenchness — charming, gallant, insouciant. And the show certainly caters to international audiences' seemingly insatiable appetite for images of Parisian sophistication. Here is the Louvre, there the Sacré-Cœur. Here are Louis XIII buildings and Louis XV interiors. Chanel jackets and croissants dunked in café au lait. But here too are crumbling council estates and dilapidated prisons, social disaffection and systemic racist discrimination.

In the second episode, Diop, temporarily incarcerated (voluntarily, it is all part of his plan), is shanked by a fellow prisoner (again, part of the plan). There is a shot of the discarded shiv, a bloodied blade with a white handle, the lower portion wrapped in blue tape. It unmistakably and unexpectedly brings to mind the French tricolore. Stabbed by a middle-eastern man, this poignant visual points to a marginalised France, the France of the banlieues (the working-class areas that encircle French cities), where violence and criminality are born of disaffection.

A thief with a social conscience

In general, though, the series wears its social consciousness more lightly.

There is a delicious moment where Diop, masquerading as a police officer, swindles a racist woman nostalgic for empire out of the jewels her husband bought her with money made in the Belgian Congo, back in "the good old days." "To the memory of the Belgian Congo," smiles Diop as he accepts the booty. It's the kind of Robin Hood gesture, redistribution through theft, that was promoted by French anarchists in the early 20th century. Most notably by the burglar Marius Jacob, one of the inspirations for Lupin. There is a superadded irony, since Leblanc's original stories are themselves steeped in colonialist ideology.

If in the 1900s Arsène Lupin used an opera cape as an invisibility cloak, a marker of respectability repelling all suspicion. Diop, however, relies on a high-vis jacket to do the same job, highlighting how the low-paid, largely immigrant workforce whose labour keeps the modern city running goes largely unnoticed by those who depend on it. Exploiting this, he can parlay a job as a cleaner at the Louvre into a multi-million-euro heist.

The most striking way in which Lupin departs from its source material is in its focus on Diop as a father — a loving but slightly too absent and unreliable one. In the first episode we see him meet with his exasperated ex, Claire, promising that he is going to change. Over the course of the five episodes currently available, we see him struggle to keep that promise. In this, Lupin refuses to bolster the fantasy of effortless reinvention represented by the eponymous character. Changing identity is not easy for Diop as his reality, his family, always calls him back and forces painful emotional growth. In drawing on the appeal of the character whilst acknowledging the limits, even dangers, of fantasies of omnipotence, it seems to me that Lupin has its cake and eats it — which is, after all, the point.