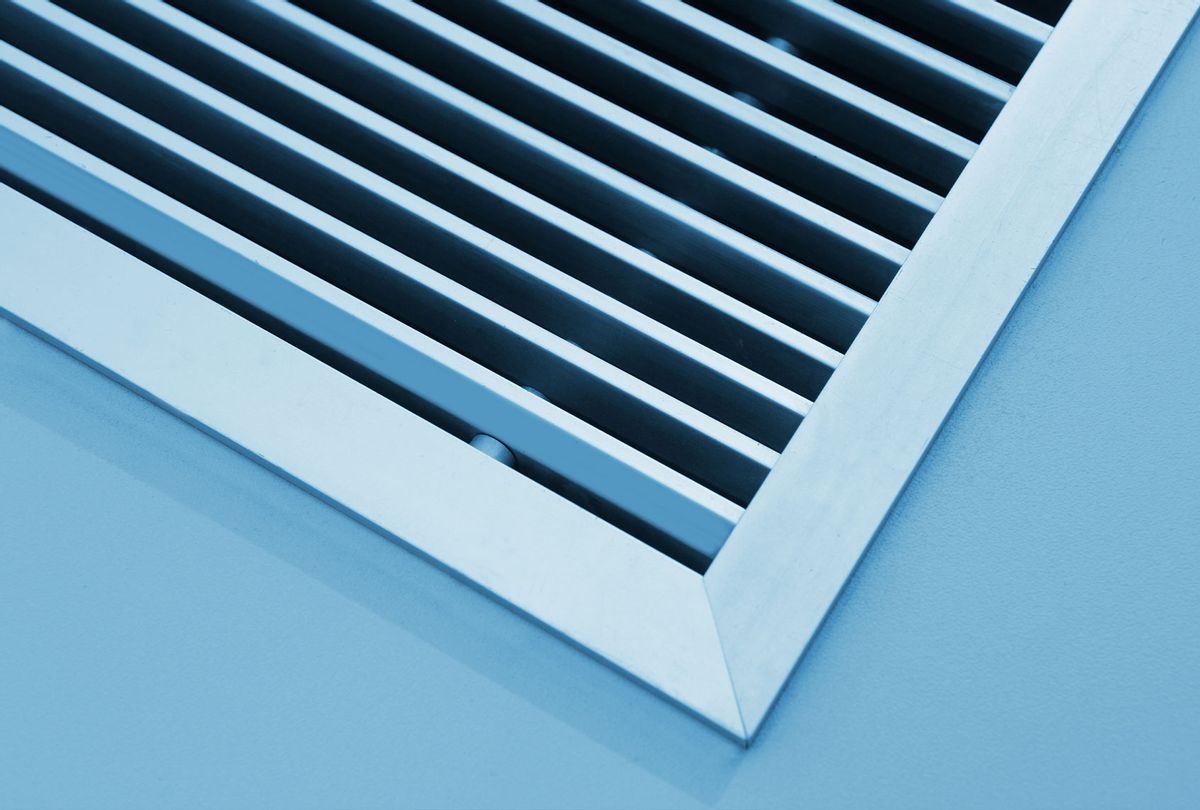 Lindsey first noticed the symptoms in mid-December. Her wife was even sicker, with a high fever. Six days later, testing confirmed it: they both had Covid. Lindsey knew she had to tell the neighbors upstairs. The two apartments share a thermostat and heating system in a five-unit, 1920s-era brick building in a Maryland suburb of Washington, D.C. Cooking smells from above frequently infiltrate their apartment, and Lindsey (whose name has been changed; she agreed to speak on condition of anonymity) was concerned she and her wife could pass the illness on to their neighbors, who are also the building's owners.

When she went to warn them, she was in for a surprise — one with implications not only for Lindsey and her wife, but also, potentially, for public health messaging and policy nationwide.

"I told my neighbors that we had it, and that we would prepare by covering the vents," Lindsey said. "Little did I know that they were sick, and we were incubating in it."

In fact, the neighbors were just preparing to emerge from quarantine. But no one thought to notify the tenants with whom they share a network of vents and ducts that during winter recirculates air between the two units.

Airborne transmission of the virus that causes Covid-19 has been a subject of considerable debate and confusion over the past year. For months, public health experts openly disagreed on how far the virus could travel after being expelled in the breath of an infected person, resulting in a barrage of conflicting messages. The U.S. Centers for Disease Control and Prevention (CDC) has repeatedly contradicted itself on the issue, saying one thing and then another.

Last November, a group of 239 scientists penned an open letter to the World Health Organization and other national and international bodies urging that airborne transmission be taken seriously. Existing evidence demonstrates "beyond any reasonable doubt," they wrote, that viruses released by breathing, talking and coughing can remain aloft in air and pose a risk of infection at distances in the tens of meters.

This occurs most often within enclosed indoor spaces, especially with prolonged exposure or poor ventilation, the CDC now says. Virus transmission between rooms, even apartments, is considered less likely — yet that's exactly how Lindsey and her pregnant wife, who say they took extra care to avoid the virus, believe they ended up getting sick: in the one place they thought was safe.

Rare as it may be, their story is plausible, University of Colorado professor of mechanical engineering Shelly Miller told FairWarning. She spoke with Lindsey by phone in mid-January after Lindsey reached out to her by email.

Miller, an expert in airborne transmission of Covid, later used Twitter to seek out other opinions on Lindsey's case — and perhaps more leads. She got them, including a number of new anecdotal reports like Lindsey's. Multiple people referred her to a recently published case study in a peer-reviewed journal describing an outbreak in a South Korean apartment tower where the virus appears to have spread from floor to floor via a ventilation shaft.

Miller also learned of an outbreak in an Australian "quarantine hotel", where residents must stay inside their rooms for 14 days, yet four guests in two different rooms and a member of the cleaning staff, all on the same floor, contracted the same new, highly infectious U.K. strain of Covid.

The outbreak led Queensland Premier Annastacia Palaszczuk to order an evacuation of the hotel and to speculate publicly that the virus may have been transmitted through the air-conditioning system.

Max Sherman, a senior scientist with the Lawrence Berkeley National Laboratory and distinguished lecturer with the American Society of Heating, Refrigerating and Air-Conditioning Engineers, says that in addition to air-handling systems, natural airflow through multifamily buildings — dictated by differences in pressure and temperature — could also theoretically spread the virus: under doors, perhaps, or through even smaller gaps.

"If you open your window to get some ventilation, that's good for you, but if you're pushing infected air from your room into the hallway, you're putting other people at risk," Sherman said. "If the infected apartment is the one that's getting the fresh air, then it's contributing some amount of infected air into other places."

This phenomenon may be more common than many think, says Monica Rokicki-Guajardo, a building scientist based in Virginia. Another potential pathway for unintended air flow between adjoining apartments is the common or "party" wall, a shared wall separating two individual units that is typically not airtight from top to bottom.

"If you have a negative pressure on one side and a positive pressure on the other, and there's a hole for it, it's going to move," Rokicki-Guajardo said. "I'm not sure if there's a way to solve it, as a matter of policy, because it would take too long, and it would freak people out."

Even back in the early months of the pandemic, officials in New York State had some indication that the virus could spread through housing. A May 2020 report determined that two-thirds of roughly 1,000 patients hospitalized at 100 different hospitals had been sheltering at home prior to infection. Most were people of color in New York City, and thus more likely to live in multi-family housing in which air filtration systems might be poorly maintained. Governor Andrew Cuomo called the findings "shocking."

Yet as recently as December 31, San Francisco and Los Angeles County, both of which experienced large surges in Covid cases over the preceding month, issued new "safer-at-home" orders requiring residents to stay in whenever possible — without so much as mentioning multifamily housing. Los Angeles' 15-page order includes specific rules for playgrounds, restaurants, zoos, and hair salons, but not apartment buildings or condominiums.

FairWarning reached out to officials in both cities to ask why their recent orders did not address potential airborne transmission in multifamily housing, whether within common spaces like lobbies or hallways or between units via air-handling systems.

Los Angeles County did not respond to multiple requests. A representative of San Francisco's COVID Command Center replied via email that "there is currently no evidence to date that viable virus has been transmitted through a mechanical ventilation system that resulted in disease transmission to people in other spaces of the building."

Back in Maryland, Lindsey begs to differ. And as a building contractor working throughout the D.C. metro area, she also believes there are many other buildings in the region, especially older brick ones, that have been carved into smaller apartments still sharing a central heating, ventilation and air-conditioning (HVAC) system.

"That's a common problem," she says. "HVAC retrofits are very costly because of the brick. To run all that new ducting is costly."

As a result, she also believes public health officials should be doing more to head off this potential risk — not by forcing landlords to renovate their HVAC systems, but by educating them about airflow and filters, and even requiring them to disclose to tenants the presence of shared ventilation units. Her landlord balked at the latter suggestion, she said.

Meanwhile, as the pandemic enters its second year and a series of new, more infectious virus variants begin to circle the globe and threaten the U.S. anew, home is where the CDC and other public health authorities continue to say we're safest, often without acknowledging any increased risk of airborne transmission from sheltering in crowded, substandard or aging multifamily housing.

On its website, the CDC offers a series of "considerations" for owners and operators of multifamily housing. Among them are familiar practices like wearing masks and maintaining social distancing in public areas. But the document does not address the potential for transmission between units through air-handling systems or incidental air flow.

William Bahnfleth, a professor of architectural engineering at Pennsylvania State University and chair of the American Society of Heating, Refrigerating and Air-Conditioning Engineers' Epidemic Task Force, said there are a number of actions that local health authorities can take to protect residents of multifamily buildings.

He said authorities should recommend, if not require, inspection of air filters and other components of HVAC systems to assure that individual apartments or rooms are properly ventilated. They could also advise landlords on the use of in-room air cleaners, he added.

For tenants concerned they may be breathing high concentrations of their neighbors' air, Lindsey suggests a simple test that in her case was prophetic: "If you can smell your neighbor's food pumping through into your living room, that's a sign," she said. "If those molecules are coming through, that's a good sign that there is air exchange."