Are Senate Democrats splintering over the fight for $15?

Kyrsten Sinema is the latest Democrat to out against $15 minimum wage hike, causing a rift with Senate Democrats 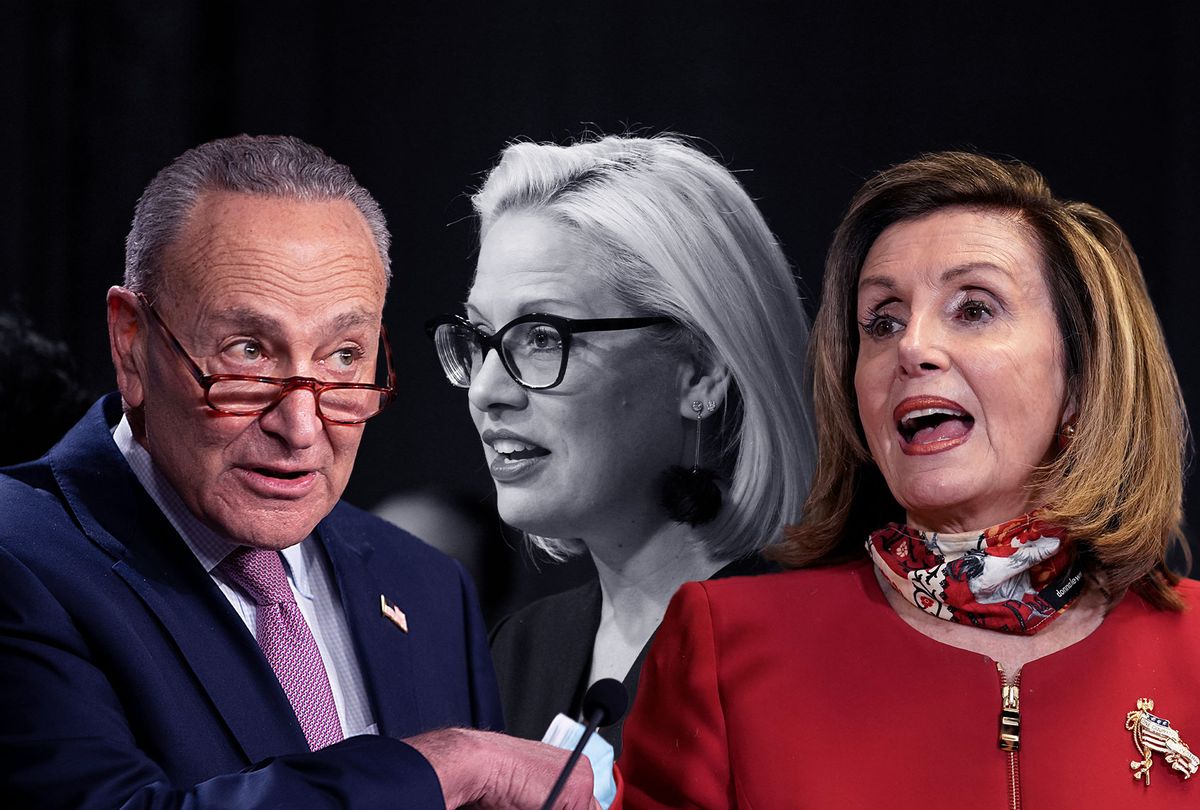 On Tuesday, fast-food workers in 15 different cities across the U.S. went on strike to demand $15 an hour wages from McDonald's, Burger King and Wendy's. In the midst of a pandemic and ensuing unemployment crisis, Democrats are poised to meet that demand and increase the minimum wage to $15 an hour — a move that would boost incomes for 32 million workers across the country, many of whom work in jobs deemed essential and front-line during the pandemic — but a couple of Democratic senators look to be standing in the way.

"We're feeling really good. We think we've got a good shot," Vermont Sen. Bernie Sanders, chairman of the Senate Budget Committee, told reporters last week. "We've got to raise the minimum wage to a living wage of $15 an hour and that's what the American people want and that's what I intend to do."

A Covid-19 relief bill was approved in the Democratic-controlled House Education and Labor Committee last week that includes increasing the minimum wage from $7.25 to $15 an hour, over a period of 4 years.  But Democrats who narrowly control the Senate can't afford to lose any votes, so recent rumblings from Arizona's Kyrsten Sinema and West Virginia's Joe Manchin have progressive activists concerned.

"What's important is whether or not it's directly related to short-term Covid relief. And if it's not, then I am not going to support it in this legislation," Sinema told Politico last week. In an attempt to shake hands with moderate voters in Arizona, Sinema might just be chastising herself. Polls have long found that raising the minimum wage is extremely popular. A $15 minimum wage would bring almost 1 million Americans out of poverty in the next four years, as stated in a recent report published by the nonpartisan Congressional Budget Office.

"The minimum wage provision is not appropriate for the reconciliation process," Sinema contested, expressing concern that a debate over a minimum wage hike would slow down the rollout of the relief package. "It is not a budget item. And it shouldn't be in there," she argued. Sinema was the first Democrat from Arizona to win a seat in the Senate in over 30 years, causing her to tread with trepidation.

Democratic Sen. Joe Manchin of West Virginia also pushed back, arguing that $15 minimum wage doesn't translate to his state the way it does to states like California, where cost of living is exponentially higher. "I'm supportive of, basically, having something that's responsible and reasonable," he said. Manchin's support is crucial, being a necessary swing vote, in order to pass the current relief bill. In a hopeful sign, progressive activists announced that Manchin reached out on Monday to schedule a time to discuss the minimum wage and issues of poverty.

"This Black History Month, we have a chance to make our own history by winning a living wage of at least $15 an hour and lifting millions of families out of poverty," said Taiwanna Milligan, from Charleston, South Carolina who works at McDonald's. She's participating in the Black History Month strike because she said "McDonald's has made billions in profit off of the backs of workers like me, paying us starvation wages."

So far, Democratic leadership in both chambers is standing with striking workers over moderate Democrats. Both House Speaker Nancy Pelosi and Senate Majority Leader Chuck Schumer the final bill passed out of the House and Senate respectfully will include the minimum wage hike and signed into law before March 14, when key unemployment programs expire.