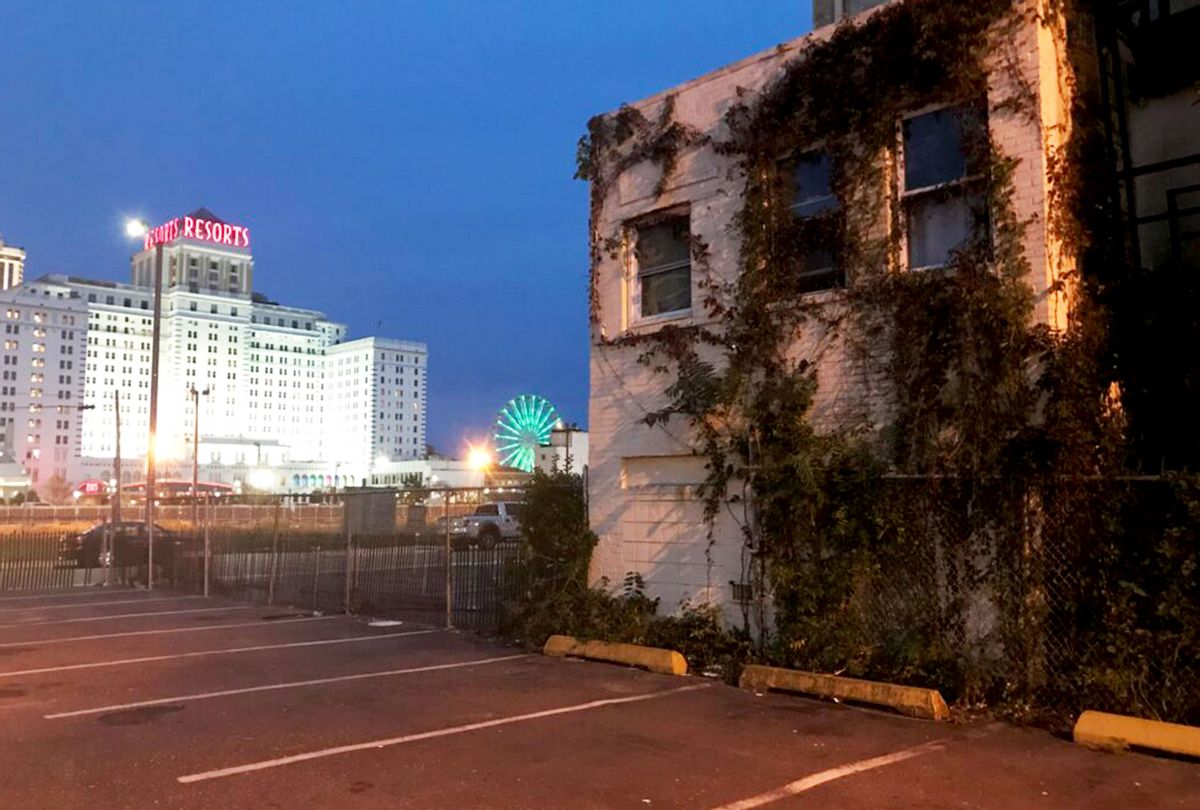 The once towering symbol of Donald Trump's Atlantic City performance as a real estate magnate and casino wunderkind was turned into dust Wednesday morning when the disgraced former U.S. president's prized Trump Plaza—abandoned and left to decay after a series of bankruptcies and failures—was demolished.

As the Associated Press reported, the former casino—now "a smoking pile of rubble"—was "imploded after falling into such disrepair that chunks of the building began peeling off and crashing to the ground."

The detonation took place just after 9:00 am ET. Watch:

The New York Times reports that the spectacle—likely watched worldwide online for its symbolic value—didn't mean much to those who live locally:

An auction for the rights to detonate the dynamite to begin the implosion of Trump Plaza Hotel and Casino in Atlantic City, N.J., fizzled.

Front-row seats to view Wednesday morning's planned spectacle were sold on the cheap. Onlookers in cars will be charged $10 and herded into a lot most recently used as a pandemic-era food distribution site.

Still, the demolition will mark the symbolic finale of the former president's casino empire in the seaside resort city.

When Trump pulled out of the ownership structure of the casino in 2009, many of the local contractors who worked on the project made it clear they were not sad to see him go.

"He put a number of local contractors and suppliers out of business when he didn't pay them," Steven P. Perskie, who was New Jersey's top casino regulator in the early 1990s, told the Times. "So when he left Atlantic City, it wasn't, 'Sorry to see you go.' It was, 'How fast can you get the hell out of here?'"

Ahead of Wednesday's demolition, Atlantic City Fire Chief Scott Evans said the complex once owned and operated by Trump "will crumble like a deck of cards."