Joe Manchin, who voted to confirm Brett Kavanaugh, to vote against Neera Tanden over mean tweets 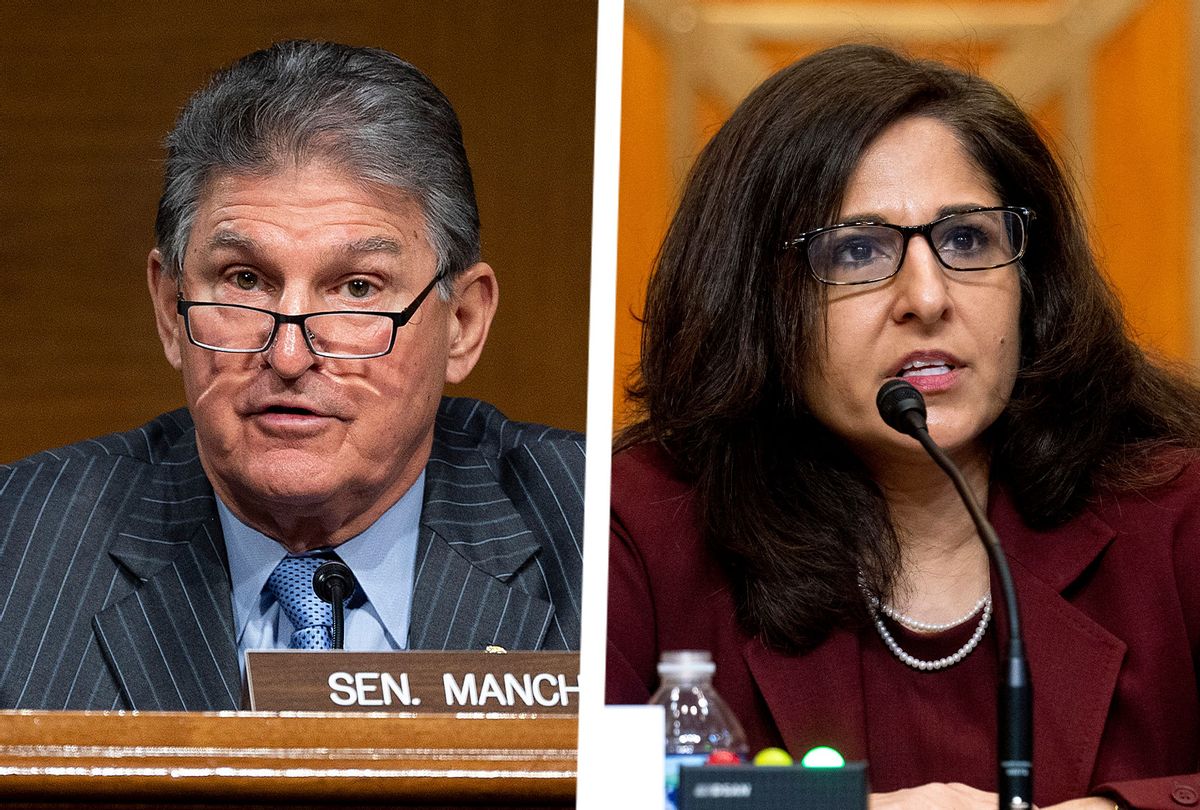 Joe Manchin, the West Virginia senator who voted to confirm some of Donald Trump's most controversial Cabinet and Supreme Court picks, announced on Friday that he would become the first Democrat to vote against one of Joe Biden's nominees.

Manchin told CNN that he informed Senate Majority Leader Chuck Schumer, D-NY, of his decision not to support Neera Tanden as the head of the Office of Management and Budget (OMB). Tanden, who previously ran the progressive think tank Center for American Progress and served as an adviser to Hillary Clinton and former President Barack Obama, would be the first woman of color to oversee the OMB. The conservative Democrat pointed to Tanden's history of acerbic tweets as the reason for his opposition.

"I have carefully reviewed Neera Tanden's public statements and tweets that were personally directed towards my colleagues on both sides of the aisle from Senator Sanders to Senator McConnell and others. I believe her overtly partisan statements will have a toxic and detrimental impact on the important working relationship between members of Congress and the next director of the Office of Management and Budget," Manchin said in a statement. "For this reason, I cannot support her nomination."

Manchin, who in the past voted against the repeal of the anti-LGBT "Don't Ask, Don't tell" policy, said on Friday that "we must take meaningful steps to end the political division and dysfunction that pervades our politics. At a time of grave crisis, it is more important than ever that we chart a new bipartisan course that helps address the many serious challenges facing our nation."

Without Manchin's support, Tanden's nomination appears in peril in a Senate split 50-50 between. Democrats and Republicans.

Tanden acknowledged at her confirmation hearing last week that her statements on social media "caused hurt to people."

"I do think the last several years have been very polarizing and I apologize for my language that has contributed to that," Tanden told members of the Senate Committee on Homeland Security and Governmental Affairs. "I know it's on me to demonstrate to this committee and to Republican members and Democratic members I can work with anyone."

When asked if he planned to pull Tanden's nomination because of Manchin's announcement, Biden said, "No" on Friday, adding, "I think we're gonna find the votes to get her confirmed."

Other potential picks who have been floated publicly, like former Chicago mayor Rahm Emmanuel, have a considerably more moderate record than Tanden.