Consciousness may be an emergent property from a bunch of background chatter. The implications are huge 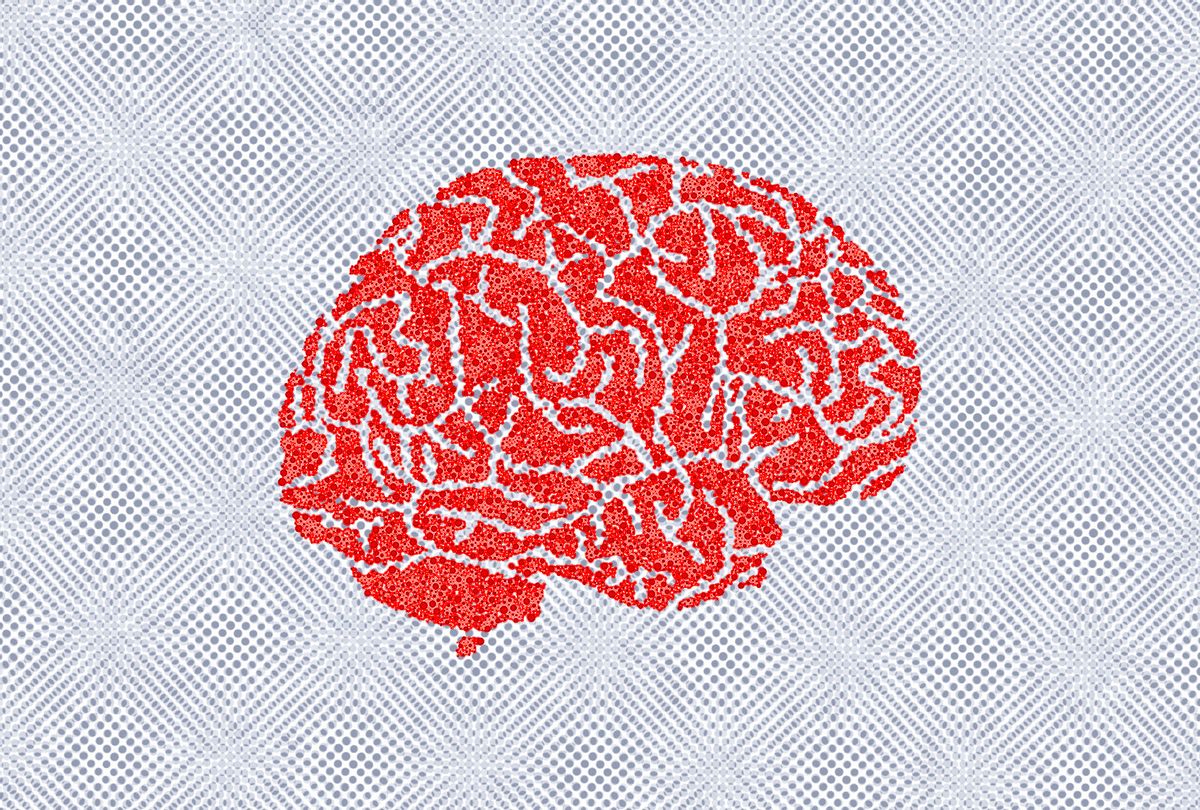 What are you thinking about right now?

Have you ever wondered why it's so hard to answer this simple question when someone asks? There is a reason. 95 percent of your brain's activity is entirely unconscious. Of the remaining 5 percent of brain activity, only around half is intentionally directed. The vast majority of what goes on in our heads is unknown and unintentional. Neuroscientists call these activities "spontaneous fluctuations," because they are unpredictable and seemingly unconnected to any specific behavior. No wonder it's so hard to say what we are thinking or feeling and why. We like to think of ourselves as CEOs of our own minds, but we are much more like ships tossed at sea.

What does this reveal about the nature of consciousness? Why is our brain, a mere 2 percent of our body mass, using 20 percent of our energy to produce what many scientists still call "background noise?" Neuroscientists have known about these "random" fluctuations in electrical brain activity since the 1930s, but have not known what to make of them until relatively recently. Many brain studies of consciousness still look only at brain activity that responds to external stimuli and triggers a mental state. The rest of the "noise" is "averaged out" of the data.

This is still the prevailing approach in most contemporary neuroscience, and yields a "computational" input-output model of consciousness. In this neuroscientific model, so-called "information" transfers from our senses to our brains.

Yet the pioneering French neuroscientist Stanislas Dehaene considers this view "deeply wrong." "Spontaneous activity is one of the most frequently overlooked features" of consciousness, he writes. Unlike engineers who design digital transistors with discrete voltages for 0s and 1s to resist background noise, neurons in the brain work differently. Neurons amplify the noise and even use it to help generate novel solutions to complex problems. In part, this is why the neuronal architecture of our brains has a branching fractal geometry and not a linear one. The vast majority of our brain activity proceeds divergently, creating many possible associations and not convergently into just one.

Spontaneous fluctuations make up the vast majority of brain activity, yet are frequently ignored because of their unpredictability. As a philosopher of science and consciousness, I believe that any future progress in our understanding of consciousness or artificial intelligence needs to start from these understudied fluctuations and work our way up.

Fortuitously, multiple scientists have been working on exactly this problem. One of the most exciting new research fields in brain science today is known as the "neuroscience of spontaneous thought." Several critical studies in this area have shown that cognitive flux, or "spontaneous fluctuation," is not secondary to but rather fundamental for consciousness, as neuroscientists Georg Northoff, Robin Carhart-Harris, and Stanislas Dehaene argue. The frequency and distribution of this flux can even accurately predict whether someone is conscious or unconscious.

Put simply, this discovery could be a game-changer for theories of consciousness. It flips the old models on their heads. In most theories, consciousness is "mission control" perturbed by background noises. But consciousness functions more like an eddy in a river in this new model. Just as whirling patterns emerge from turbulent waters, our stream of conscious thoughts and feelings arise from the torrent of spontaneous brain fluctuations.

Our "metastable minds" are emergent properties of lower frequency fluctuations that conjoin into "nested hierarchies" with higher frequency fluctuations. Neuroscientists call this process "cross-frequency coupling." It works a lot like syncopation in music. At the lowest frequencies, the drums lay down a beat. In-between these beats, the bass plays a rhythm, and in-between the notes of that rhythm, the guitar plays a melody. The song is a sound-wave made of sound-waves.

There are similar spontaneous fluctuations in the world, our bodies, and our brains. When the frequencies interact, they improvise and create diffractive patterns like the converging rings of two stones dropped into the same pool of water. The world pulses with frequencies of sound and light that work as a drumbeat to lay down a relatively stable vibration. The sun rises and sets; gravity pulls things down; trees blow back and forth in the wind. Within and in-between these frequencies, our bodies digest food, beat hearts, and pump lungs.

Our brains respond to these frequencies with their own spontaneous fluctuations. They play between the waves with melodies that make up our thoughts and feelings. Like a jazz trio, the world, body, and brain have their own spontaneous fluctuations that are the basis of the creative improvisation we call existence. The world, body, and brain entrain with one another like interlocking eddies floating down a stream.

For instance, in just the last few years, new research methods have shown that fluctuations in brain activity are not as random as once thought. They are related to internal neural mechanics, bodily states of stress, arousal, and tiny physical movements responding to the world. Cognitive flux initially appeared random because the precise neural pathways and patterns between fluctuations and observable behaviors were unknown. For the most part, they still are.

You know that feeling where your brain is "babbling" and making you think the most unrelated series of thoughts? Or the feeling when you wake up in the morning and groggily step into the shower and begin to recall your dreams or have flashes of insight about various problems? Well, you have cognitive flux to thank for that. Mind-wandering, dreaming, and creative insights are emergent mental states of flux that rise like waves from the ocean and disappear again. Our conscious thoughts are the tips of those enormous icebergs of spontaneous cognition. Even as much as 50% of our conscious activity is pushed up and pulled down by stray waves that we experience as "mind wandering."

Once we have a conscious thought, though, we can try and direct it in various ways. This directed thinking is what we usually call our "will," but it's much more like riding a wave than a bicycle.

These empirical findings are of profound philosophical significance. They indicate that consciousness works more like a jazz trio or a babbling stream than a computer. This means that rational goal-directed cognition should no longer be the paradigm of thought but the exception to the rule of cognitive flux. It is also one of the reasons that the German philosopher of mind Thomas Metzinger thinks that our understanding of some fundamental philosophical ideas needs revising. "Mind-wandering research suggests that we need to get rid of naive, black-and-white distinctions such as 'free will' versus 'determinism', 'conscious' versus 'unconscious,'" Metzinger writes. Our old conceptual dualisms and computer metaphors hold us back because they assume rigid distinctions between processes, which are instead nested and built-up out of waves of cognitive fluctuations.

We are at an exciting tipping point where a new theory of consciousness based on spontaneous fluctuations is emerging.

Cognitive fluctuations also have some pretty incredible consequences for treating mental illness, especially relevant during a global pandemic. In a recent survey, 40.9 percent of US adults reported at least one adverse mental health condition, including anxiety, depression, and substance abuse related to COVID-19. We are living through the worst mental health crisis of the last half a century, but spontaneous fluctuations may be the key to treating them.

If the recent theories of these fluctuations are correct and consciousness emerges noisily from the bottom-up, this suggests a different mental health treatment model. Over time, spontaneous brain activity can become entrained and coupled into negative perceptions and rigid mental habits that constrain the lower frequencies. Higher frequency brain activity can act as a "filter" on our incoming perceptions and feelings about ourselves and the world. In particular, recent research on cognitive flux shows that depressive and anxious rumination occurs at some of the highest levels of nested activity in a region scientists recently named the "default mode network."

The upshot of this relatively recent discovery is that neuroscientists are now conducting experiments to see if increasing the brain's spontaneous activity at lower levels while decreasing it at higher levels can "reset" certain negative mental habits. Initial results indicate that increasing cognitive flux may be akin to shaking the Etch-A-Sketch of our brains. The traces of old marks may remain, but it is much easier to draw new habits over the top of them like a palimpsest. Instead of reducing so-called background noise and limiting the function of the default mode network, researchers are instead flooding the brain with spontaneous fluctuations. It's an unconventional approach, but it is making significant strides where conventional methods have failed.

At Imperial College London, Robin Carhart-Harris and his colleagues use psychedelics such as psilocybin on individuals with treatment-resistant depression. What is so fascinating about these studies is that they are combining the therapies with functional magnetic resonance (fMRI) technology to see exactly how the drugs work in the brain in real-time to treat depression. The results show that psychedelics work by amplifying spontaneous brain activity while simultaneously decreasing the default mode network's connectivity. By strengthening brain noise from the bottom up and the top-down, psychedelic therapies have been clinically successful in reducing depressive symptoms in individuals for whom other treatments have failed.

At the University of Ottawa, the neuroscientist and philosopher Georg Northoff is working on an individualized treatment approach for depression using magnetic fields to amplify spontaneous brain fluctuations. In cases of mania, Northoff has found that the default mode network is under-active, and in cases of depression, it is over-active. By doing individual brain scans and amplifying spontaneous fluctuations, scientists can rebalance brain activity in these areas. With this method, Northoff has shown clinical success in treating severe depression.

At the University of British Columbia, the psychologist Kieran Fox and his coauthors presented in 2013 for the first time strong neuroimaging evidence that the same state of increased spontaneous fluctuations underly both mind wandering and dreaming. These fluctuations are also why dreams can help us process negative emotions and reduce depressive symptoms and why reduced dreaming can make us depressed. According to sleep researchers Antonio Zadra and Bob Stickgold, the dreaming brain does the same thing it does on psychedelics. It increases spontaneous fluctuations and adjusts negative mental patterns, among other things.

Scientists are still in the early stages of experimenting with these mysterious cognitive fluctuations. In my view, though, they likely hold the key to a paradigm shift in theories of consciousness and mental health — at a moment, in the grips of a pandemic, when we need them most.