Will you scoop up this sweet winter dessert trend before it melts away? 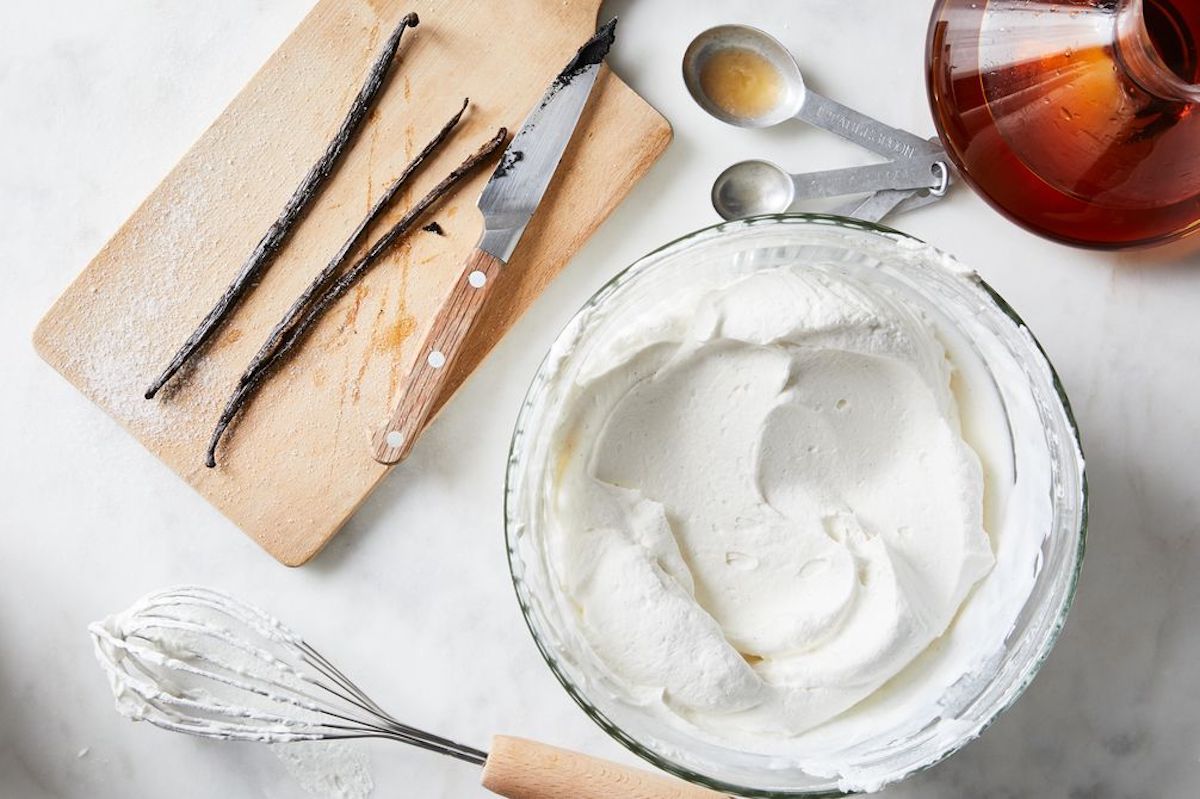 There have been unprecedented levels of snow across the U.S. this week. You don't need me to tell you that. Just yesterday, my family sent me snapshots of our backyard in Houston completely dusted with snow, which is really not normal! You also don't need me to tell you that. And while many find themselves bravely facing down with the unfortunate and unexpected weather just outside their doors, others it seems, are making snow ice cream.

Apparently, people in other parts of the country have been making sweets from snow for a while now. Writer and author Anne Bramley in a 2016 article for NPR had this to say: "Growing up in Missouri, I consumed as much snow ice cream as possible from November to March. Each time the winter sky let loose, I caught a bowl of fresh flakes. My grandmother mixed raw eggs, cream, and sugar and poured it over top." Hmmmm.

Earlier this month, Jenna Bush Hager appeared on "Today with Hoda & Jenna" saying that she's been making snow ice cream with her kids. According to the recipe Bush Hager remembers from her childhood in Midland, Texas, you scoop up fresh snow and add almond milk, sugar, cinnamon, and vanilla. She also recommends adding condensed milk for sweet creaminess.

I'd heard of maple syrup taffy (pouring fresh maple syrup onto fresh snow) from friends in Vermont, but this whole snow ice cream business was new. A quick Google search revealed a wide variety of options like this Real Simple article telling me that snow ice cream was the treat I needed today. Well, I didn't know it was the treat I needed today, but maybe now it is? All you need is milk, sugar, vanilla and, of course, snow. You stir all these ingredients together and voilà! Is it ice cream? Is it snow with toppings? Who knows, but hurry up and eat it before it melts.

This blogger combines fresh snow with a can of condensed milk and vanilla, and stirs it all together. A search on Instagram shows people all across the country running out to their snow strewn yards and mixing snow into ice cream.

Is snow, uh . . .safe to eat? Because by the looks of some snow, it most definitely is not. Real Simple recommends leaving a Tupperware out in the snow to collect fresh flakes. Jenna Hager Bush says she scooped fresh snow off the top of a mound on her roof. Martha Stewart suggests pulsing ice in a food processor to make pseudo-snow indoors. And the NPR article advises waiting for an hour or two after an initial snowfall to start collecting. Fact: Snowflakes clean the air as they fall downwards, so "the longer the snow falls, the lower the pollution levels in the air, and thus in the snow."

Compelled by . . . journalism, I decided to make some snow ice cream myself. Bereft of any fresh snow, I tossed some ice cubes in a Vitamix and made a nice bowl of freshly shaved ice. Into that bowl I drizzled some oat milk, vanilla extract, and a sprinkle of sugar, and gave it all a nice toss until combined. Well, it kind of worked. To say it tasted bad would be an overstatement, but to say it tasted like regular ice cream would also be an overstatement. It tasted more like an extremely cold (icy!) bowl of vaguely flavored and sweetened ice. Which . . . it was! I'm sure the excitement is a bit more tangible when the snow is freshly fallen, so I'll be sure to leave a container outside.