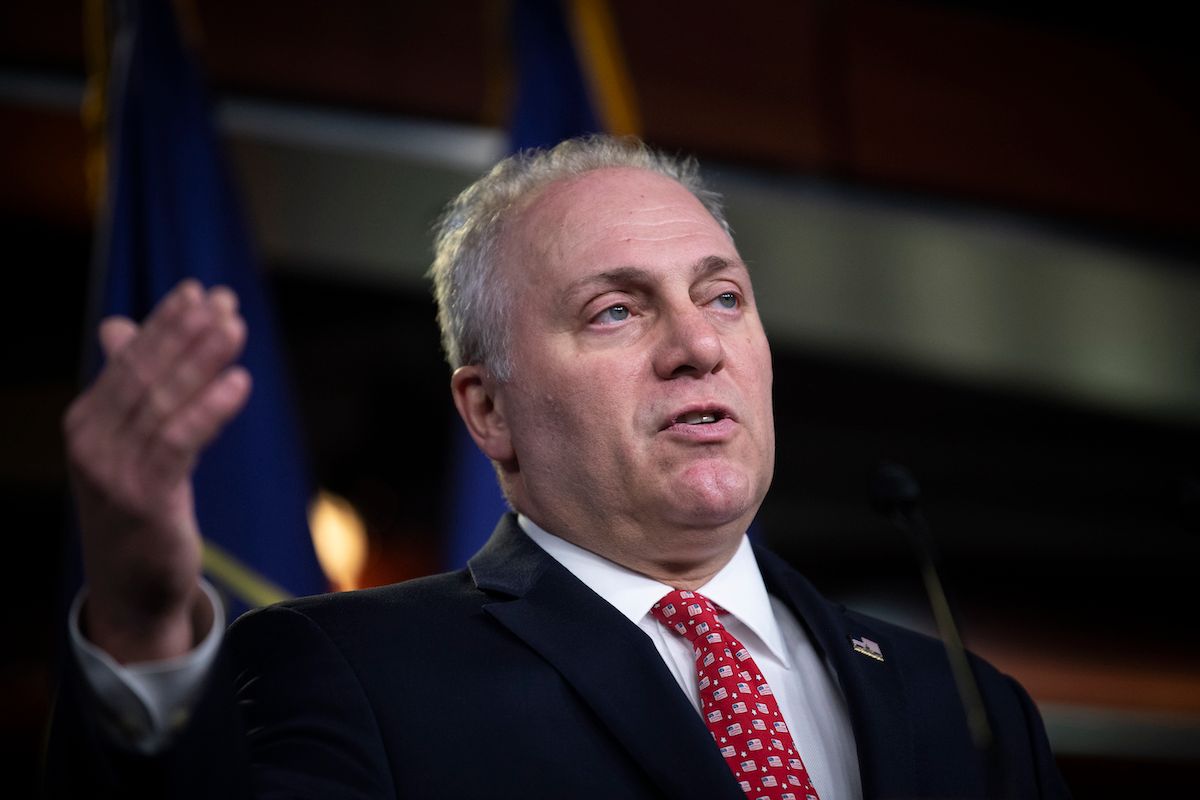 House Minority Whip Steve Scalise (R-LA) on Sunday declined to admit that President Joe Biden had not stolen the election from former President Donald Trump. And he also refused to say that Trump had any responsibility for the insurrection of Jan. 6.

In an interview with Scalise on Sunday, ABC host Jonathan Karl noted that the Republican leader had recently met with Trump at Mar-a-Lago.

"It was a conversation more about how he is doing now and what he's planning on doing and what his family is doing," the Republican lawmaker said.

"Surely, there's a lot of blame to go around," Scalise ducked. "But at the end of the day, the people that stormed the Capitol on Jan. 6, it was a disgrace and they need to be held accountable."

The ABC host against pressed Scalise about whether he would acknowledge Trump's role in the attack.

"It seems like all they have done since the day he walked into office was try to impeach him," Scalise replied. "But when you look at that trial, they ran a clip of pretty much every United States senator who voted to impeach President Trump who talked about things like go and fight like hell and other things like that."

"So you're saying he doesn't bear responsibility," Karl concluded.

"President Trump has denounced what happened," Scalise opined. "Not only on Jan. 6 but during the summer when they were burning down cities, shooting cops, beating people in the streets."

Before ending the interview, Karl asked Scalise if he could clearly state that Biden had fairly and legitimately won the 2020 presidential election.

"The election was not stolen, correct?" Karl said.

But Scalise declined to make a clear statement.

"There were a few states that did not follow their state laws," he remarked. "That's really the dispute that you've seen continue on."

"But, Congressman," Karl tried again. "I know Joe Biden is the president. He lives at the White House. I asked you is he the legitimate president of the United States and do you concede that this election was not stolen? Very simple question. Please, just answer it."

"Once the electors are counted, yes," Scalise admitted. "He's the legitimate president. But if you're going to ignore the fact there were states that did not follow their own state legislatively set laws, that's the issue at heart that millions of people are still not happy with."