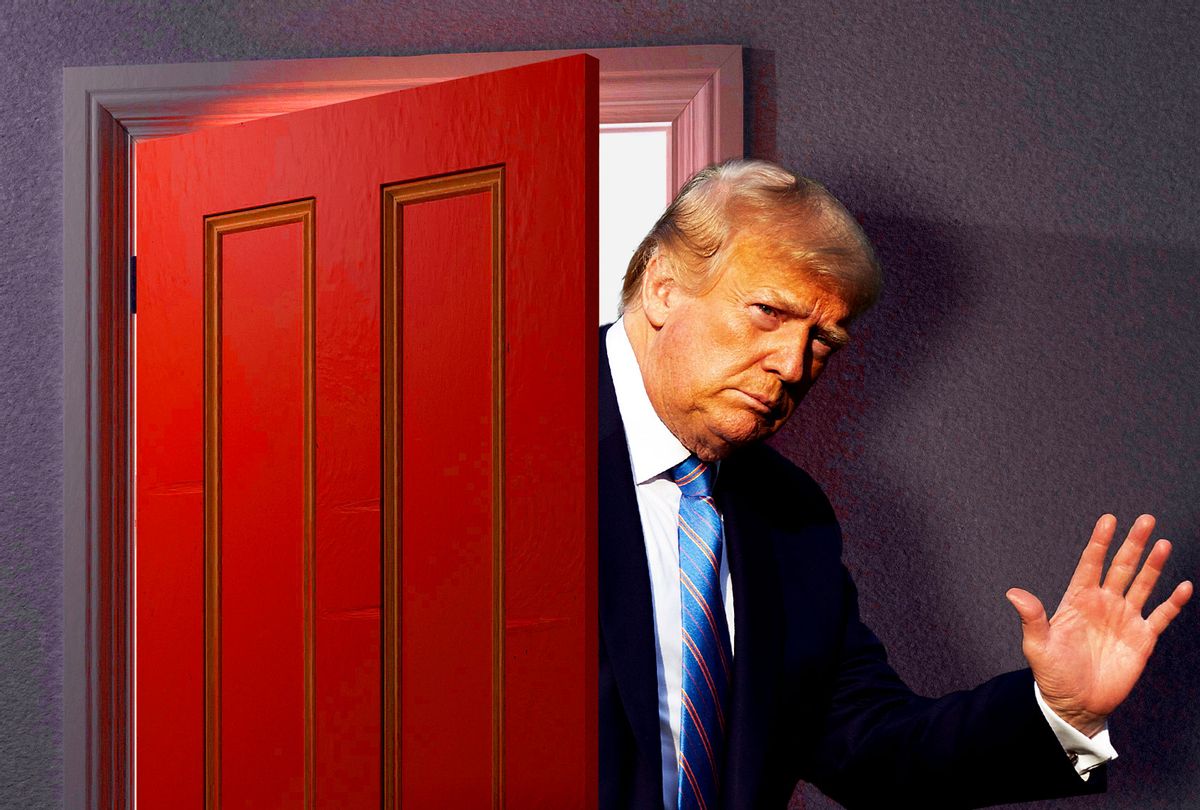 Donald Trump will make his first public appearance since leaving the White House next Sunday at an event held by the Conservative Political Action Conference in Florida, where he plans to announce that he is the "presumptive 2024 nominee" of the Republican Party, according to Axios.

"He'll be talking about the future of the Republican party and the conservative movement," said a source familiar with his appearance. "Also look for the 45th president to take on President [Joe] Biden's disastrous amnesty and border policies."

According to a longtime Trump adviser, the former president plans to speak as "a show of force" to deliver the following message: "I may not have Twitter or the Oval Office, but I'm still in charge."

Founded in 1974, CPAC has been a mainstay event of the conservative movement for decades and grew increasingly sympathetic to the nationalist and populist far right throughout Trump's presidency. It continues to be one of the largest, most influential conservative gatherings every year, serving as a distinct ideological barometer for the Republican Party, especially on its right flank.

CPAC's event will feature seven panels, many of which are expected to discuss "election security" and appear calculated to bolster Trump's false claims that the 2020 election was rigged against him. The panels boast such titles as "Failed States (PA, GA, NV, oh my!)," "Other Culprits: Why Judges & Media Refused to Look at the Evidence" and "The Left Pulled the Strings, Covered It Up and Even Admits It." The entire event will likely lend Trump a platform to continue spreading baseless claims of election fraud — and also to vilify Republicans in Congress and elsewhere who opposed his effort to overturn the election results.

According to Axios, Trump is expected to meet with advisers at Mar-a-Lago to begin hatching a plan for his comeback bid, which may or may not include a 2024 presidential campaign. Reports have said his plan will begin with the upcoming midterm elections next year, especially in the Senate, which offer the former president an opportunity to boost the campaigns of those who have shown him loyalty.

Trump senior adviser Jason Miller said that despite Trump's recent loss, support for the former president runs far deeper than most would think. "Trump effectively is the Republican Party," Miller said. "The only chasm is between Beltway insiders and grassroots Republicans around the country. When you attack President Trump, you're attacking the Republican grassroots."

Former Vice President Mike Pence, who remained doggedly loyal to Trump for nearly all of the latter's term, has reportedly declined to appear at CPAC, two sources told CNN. Although he recently joined the Heritage Foundation as a visiting fellow, Pence reportedly intends to remain off the political radar for at least the next six months.

Pence's eventual refusal to back Trump's claims of election fraud –– made official by his acknowledgment of Joe Biden as the legitimately-elected president –– speaks to increasing fractures within the GOP in the wake of the Capitol riot, which have severely tested the Republican Party's overall allegiance to the former president.

Leading up to the riot, President Trump made clear that he expected Pence to prove his loyalty by invalidating the election certification process, something the vice president has no constitutional authority to do. Pence, however, played the certification process by the book, and two weeks later attended Biden's inauguration ceremony.

Several members of Congress, such as House Minority Leader Kevin McCarthy, R-Calif., and Minority Whip Steve Scalise, R-La., have met privately with Trump in Florida to discuss the new direction of the Republican Party. Senate Minority Leader Mitch McConnell, R-Ky., however, has said he will not do so, and harshly criticized Trump for instigating the Jan. 6 Capitol riot — even after voting to acquit him at the conclusion of the ex-president's most recent impeachment trial.