The CW's new Superman series takes on corporate America, which is as unexciting as that sounds 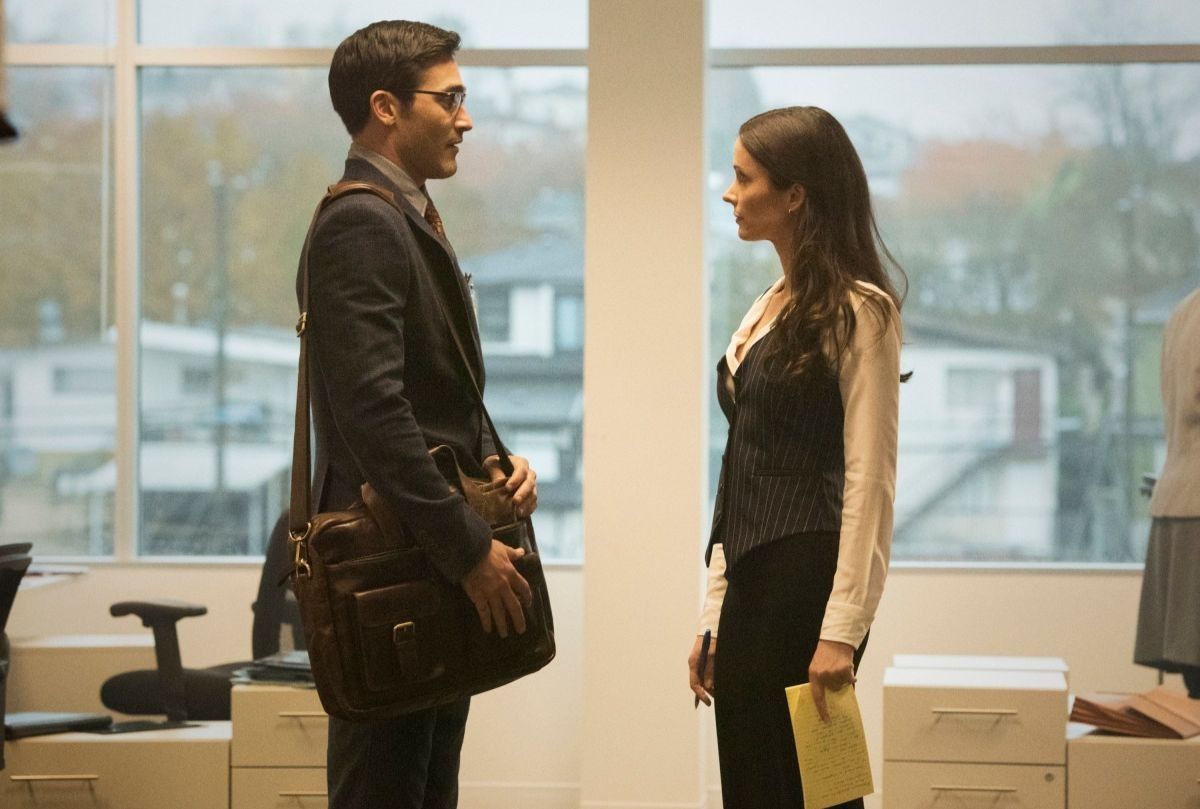 Tyler Hoechlin and Elizabeth Tulloch in "Superman & Lois" (The CW)
--

Truth, justice and the American way. Superman's classic motto probably hasn't been evoked without irony or sarcasm since the mid-to-late 20th century when Christopher Reeve wore the cape and tights. But it hasn't entirely vanished from the hero's legacy either.

Frank Miller actively critiques its jingoistic implications in his 1986 four-issue series "The Dark Knight" by making Superman Ronald Reagan's attack dog, sending him up against Batman when the latter cleans up Gotham by organizing a vigilante crimefighting squad. Zack Snyder's "Justice League" and "Batman v. Superman: Dawn of Justice" borrows flavors of this notion – but in his version it's Lex Luthor who manipulates Superman into doing his bidding instead of a corrupt White House.

The CW's new series "Superman & Lois" never mentions the phrase either. In a very real way the question of its meaning informs its entire framing of the newest adventures of Clark Kent (Tyler Hoechlin) and Lois Lane (Elizabeth Tulloch) who are now married with teenage twin boys. Handsome and popular Jonathan (Jordan Elsass) is athletic and excels at everything, a chip off the Kryptonian block. Jordan (Alexander Garfin) is the omega to his brother's alpha – moody, taciturn and on medication for an anxiety disorder.

Greg Berlanti and Todd Helbing developed the series as a modern extension of the characters' appearances in "Supergirl" and The CW's crossover with other DC titles. But then each of those shows holds the promise of explosions and fistfights, Bam! Pop! Zing!  "Superman & Lois" presents a quieter version of war but one no less dangerous.

Here Clark and Lois confront a world that can't agree on truth and are undecided as to what defines justice and who qualifies as a hero. It even places limits on a man whose genetic profile includes virtual invulnerability and the blessings of superior senses, flight, impossible speed, godlike strength and laser-beam eyes.

None of those superhuman assets can protect Kent from possible downsizing at The Daily Planet, which has recently been acquired by unscrupulous mogul Morgan Edge (Adam Rayner). Superman can save Metropolis from an overheating nuclear reactor but he may be too late to save Smallville's family farms from predatory lenders. He can be the nicest guy in the world and still be despised by a Smalville friend's right-wing husband for the simple reason that he threw his lot in with big city folks.

I was never Superman's biggest fan either. Adulthood has softened my stance somewhat, but I never appreciated his blind and typically unquestioning devotion to the righteousness of the larger system. In my book great heroes acknowledge their darkness and use it. Save for the times he comes under the influence of red Kryptonite or gets hoodwinked into a Freaky Friday switch with an evil alter ego, the Superman I knew rarely did.

The only time I really enjoyed watching him was during a pivotal scene in the series finale of the animated series "Justice League Unlimited," when he admits to his arch-nemesis Darkseid that playing the Boy Scout gets tiresome.

"But you can take it, can't you, big man? What we have here is a rare opportunity for me to cut loose and show you just how powerful I really am," he says before loosing his full fury.

While it's not quite enough – that would be too simple of a finish, wouldn't it? – that sequence reveals a side of his humanity rarely seen in this series or elsewhere. He also sends Darkseid through several buildings and pummels him through the sidewalk because that's why most of us watch superhero sagas on TV and in movies.

Some of that shows up in "Superman & Lois," as it must, but the presumption – really, it's a test – is that people will be more invested in the marriage, family and workplace stories revolving around Clark, Lois and the kids. Such a wager isn't unreasonable, as the longstanding affection for such series as "Lois & Clark" and "Smallville" prove even now, years after they left the air.

Hoechlin and Tulloch take two of the comic book world's most iconic roles and freshen them up owing to their believable onscreen connection. Hoechlin's casting as Superman in his previous guest roles immediately won the fandom's seal of approval on looks alone, and here he believably teases out Clark as a gentle, slightly out of touch dad whose kids don't entirely respect him.

Tulloch's probably the bigger revelation for the way that she makes Lois flinty, determined and not easily shocked. When Lois starts to see connections between the corporate takeover of Smallville's family farms and what is happening to the Daily Planet her crusader side emerges, and Tulloch makes that fun to watch. If, indeed, that is what you want out of a Superman-related story.

Opening episodes show Lois flexing her investigative reporting skills as the family reconnects with Clark's first love Lana Lang (Emmanuelle Chriqui), and her daughter Sarah (Inde Navarrette) back home. Lana's hot and her husband is a surly jerk, and surely there will be tension there, just as Sarah is destined to come between Jordan and Jonathan, only one of whom has inherited his father's powers. There's also the matter of a mysterious villain in an unstoppable super-suit who somehow knows Superman's every move.

Lois's military general father Sam Lane (Dylan Walsh) breaks down the show's statement of purpose neatly when he tells Lois, "You may have fallen in love with Clark Kent, but you married Superman. And Superman doesn't get to have a normal life, no matter how much you want one for him."

But this line belies the stultifying normalcy of the show. From what the first two episodes of "Superman & Lois" display, though, the struggle is to find something beyond tights and flights to get us to invest in the middle-ages, middle-America Kent-Lane clan after they relocate from Metropolis to Smallville.

The show attempts to take a stance on truth and the American way from the beginning by watching Clark and Lois fret over a venture capitalist's takeover of their newsroom and Smallville. Through an off-the-cuff remark from one of Smallville's unlikable locals there's a strain of conversation it wants to have about the might of corporate America and progress that may lead to an examination of justice's meaning in the modern age.

When Superman is called into action he's almost more concerned with figuring out how that part of his life fits into spending quality time with his kids, and while there are ways to present that scenario in a lively way they're not in play here. (For an example, see "WandaVision.")

This makes leaden mediocrity the main foe of "Superman & Lois" at its outset.

Admittedly this could be a matter of viewpoint. I've always preferred Batman, and he never had problems bringing his adopted kids to work. Maybe Bruce Wayne will show up in Smallville to engage Clark and Lois in a conversation about parenting styles. That's a crossover I'd be thrilled to watch.