"Don't vote for anyone you wouldn't trust with your dog," Clinton tweeted 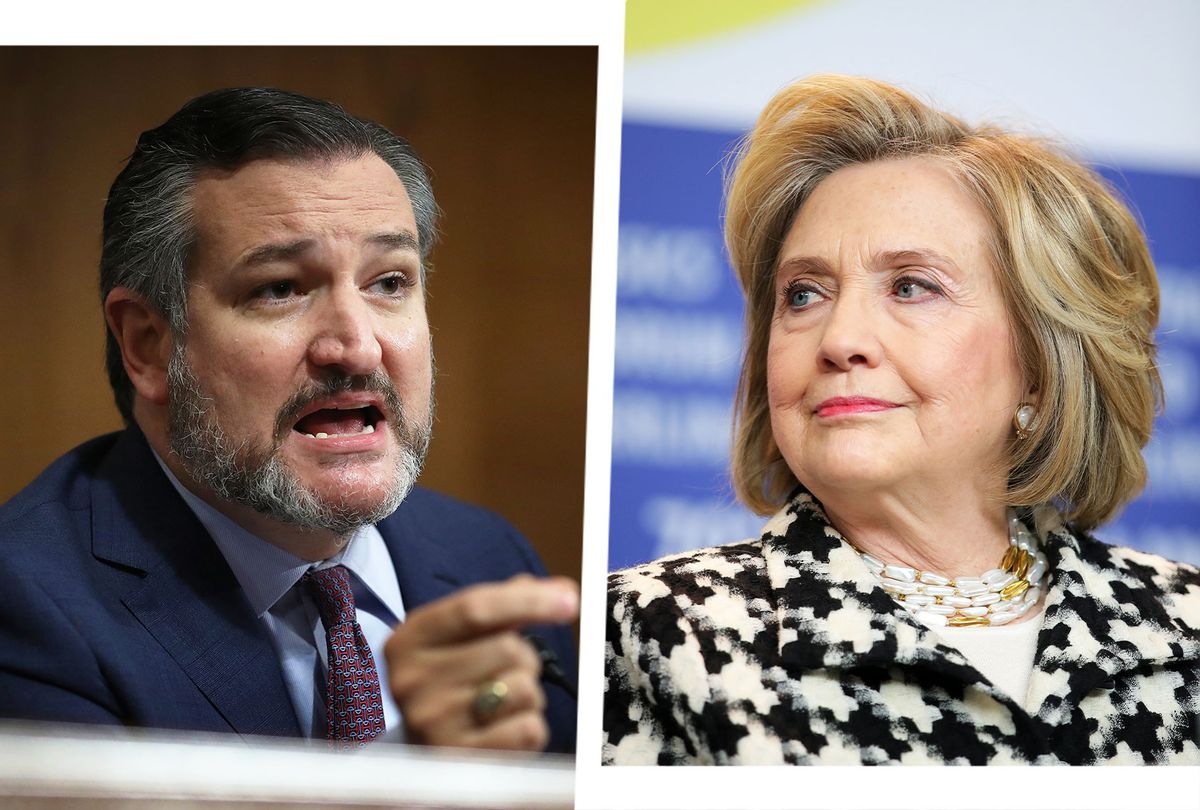 On Friday, Feb. 18, Clinton took to Twitter with advice for Texas voters as she took a subliminal jab at Cruz. Although she did not specifically name the Texas senator, it was clear who she was referring to. "Don't vote for anyone you wouldn't trust with your dog," Clinton tweeted.

The tweet came as reports surfaced about Cruz's family dog, Snowflake. With a photo of the dog standing in a doorway at Cruz's home, Houston-based journalist Michael Hardy tweeted, "Just drove by Ted Cruz's house in Houston. His lights are off but a neighbor told me the block got its power back last night. Also, Ted appears to have left behind the family poodle."

Although the power was restored at the senator's home on Thursday evening, Cruz and his wife had no way of knowing that at the time they left their dog for their flight to Mexico. Hardy also pointed this out.

He added, "When Ted Cruz left for Mexico the power was out. His wife Heidi texted a friend it was freezing. While he was gone the power came back. So Snowflake was in the cold for part of a day, but it could well have been longer. Ted left a security guard to take care of Snowflake."

Other Republicans have drawn criticism over their treatment of dogs. Mitt Romney told a story of strapping a dog in a shielded crate to the roof of his car during a road trip. And former President Donald Trump frequently used "dog" as an insult and showed no desire to care for animals.

Snowflake quickly caught the attention of Twitter users and a parody account has even been dedicated to him. After returning to Texas, Cruz's office released a statement defending his actions. The embattled lawmaker claimed his daughters were the reason for the trip.

"Wanting to be a good dad, I flew down with them last night and am flying back this afternoon," Cruz wrote.

He added, "My staff and I are in constant communication with state and local leaders to get to the bottom of what happened in Texas. We want our power back, our water on, and our homes warm."

As a result of his actions, Texas Democrats are now calling for Cruz's resignation.

"The Texas Democratic Party calls on Ted Cruz to resign or be expelled from office," Texas Democratic Party Chairman Gilberto Hinojosa said. "Barring that, we will put all of the resources we have into defeating him and every Texas Republican who abandoned us in this disaster, including Governor [Greg] Abbott and Lieutenant Governor [Dan] Patrick, in 2022 and 2024. We are in a battle for the soul of our state. We must restore ethics, competence, and a government that works for the people."