"The boogeyman when you’re fighting systemic racism is implementation" 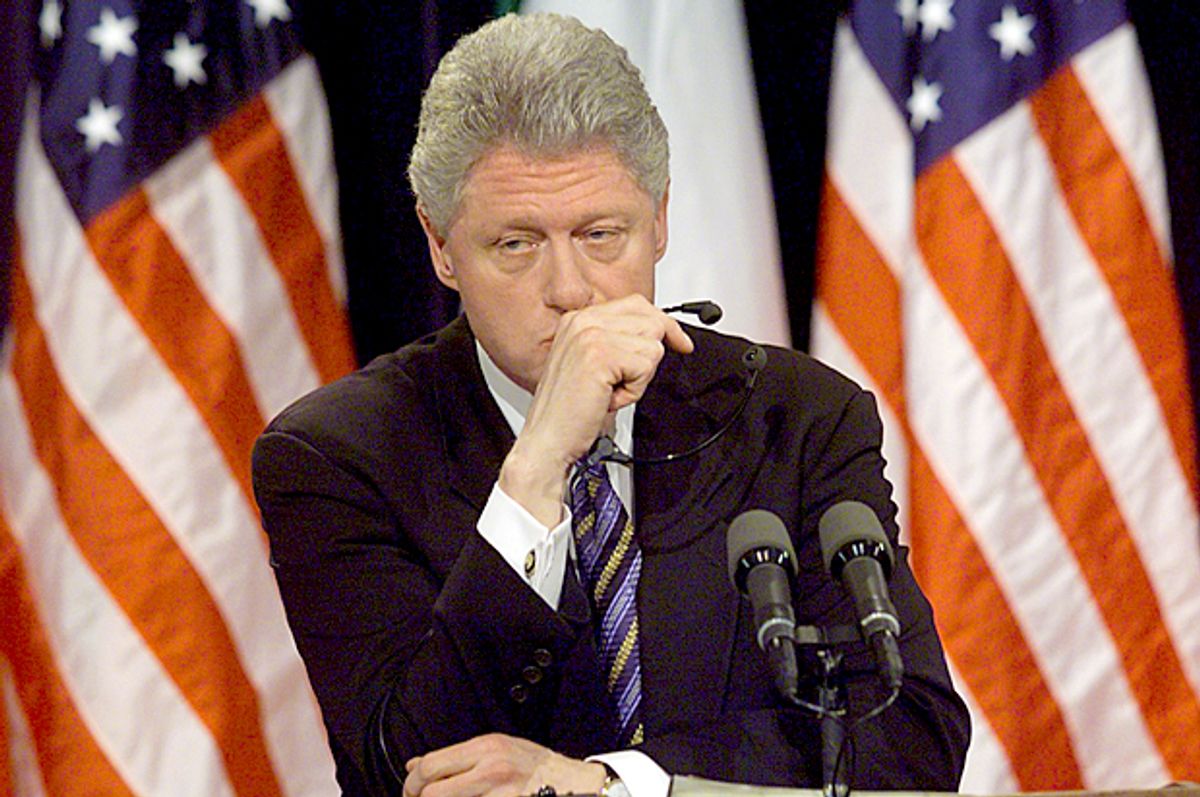 Environmental justice isn't just a buzzword or hashtag for Dr. Beverly Wright — it's what helps her get out of bed every morning. For the last 35 years, fighting for her Louisiana community's access to a healthy and safe environment has been her mission, and it's put her in rooms with the last three Democratic presidents.

Wright's federal advocacy began in the early 1990s, when she worked on the country's first executive order focused on environmental justice, which then-President Bill Clinton signed in 1994. Executive Order 12898, or EO 12898, instructed federal agencies to pursue environmental justice policies that would limit the "disproportionately high and adverse" effects of environmental harms on low-income communities and people of color, who are more likely to be burdened by issues like high pollution rates and contaminated water sources. The order also empowered the federal Environmental Justice Advisory Council, which was two years old at the time, to influence the priorities of the Environmental Protection Agency, or EPA.

"The executive order was a culmination of the work that we had been doing for decades," explained Dr. Wright, executive director at the New Orleans-based nonprofit Deep South Center for Environmental Justice. "Hundreds of us grassroots organizations and civil rights organizations came together and drafted that order."

But at the federal level, Clinton's executive order was never really enforced. EO 12898 lacked any concrete requirements that environmental justice be a determining factor in siting, rulemaking, and permitting decisions, and it didn't create any pathways for judicial review regarding compliance. That meant that no person or organization could sue to try to ensure that the order was enforced. Instead, EO 12898 directed federal agencies to adopt and implement their own unique environmental justice strategies. However, it took decades for even some cabinet-level agencies, like the Department of Health and Human Services, to do so. Even today, not every federal agency has fulfilled the order's mandate.

"Clinton's environmental justice order was limited but groundbreaking," said Wright, who attended the signing of EO 12898. "It's like civil rights: We integrated the water fountains, but there was a whole lot of stuff left to do to get to Martin Luther King's dream."

For Dr. Wright and other justice advocates, the fight to enforce EO 12898 was mired in frustration. Wright was unable to forge a working relationship with Clinton's successor, George W. Bush. Under his administration, the EPA's inspector general found that the agency wasn't conducting environmental justice reviews of its policies and programs and had never even tried to develop a framework to do so. Bush also instructed the EPA to remove racial disparity as a factor that should be considered in permitting and rulemaking decisions. And though Obama subsequently developed a strategic plan for environmental justice within the EPA and restored some of EO 12898's power, the call for environmental justice was ignored by former President Donald Trump. The EPA's authority and staffingdiminished significantly under his leadership, and it was as if EO 12898 didn't exist.

This is why Dr. Wright, who was one of the hundreds of community organizers who advised President Joe Biden on his new environmental justice plans, believes Biden has his work cut out for him as he works to implement a "whole of government" agenda to tackle climate change.

Pushing to curb the nation's greenhouse gas emissions and develop new clean energy jobs, Biden has so far issued four executive orders focused on climate change — and environmental justice is a central tenet of the plans. With these actions, Biden is also hoping to alleviate racial and economic disparities that have plagued communities of color. While signing Executive Order 14008 on "tackling the climate crisis at home and abroad," he said, "lifting up these communities makes us all stronger as a nation and increases the health of everybody."

The new White House interagency council on environmental justice will be made up of representatives from most of the cabinet departments as well as the EPA, and it will work with the newly elevated White House Environmental Justice Advisory Council to develop an overarching federal strategy to address environmental injustices. First on the docket is creating a new Climate and Economic Justice Screening Tool and interactive maps to identify and highlight disadvantaged communities. The new tool will build on the EPA's Environmental Justice Screening and Mapping Tool, which tracks pollutants across demographics and links pollution to economic and social indicators. The interagency council will also publish annual public performance scorecards based on its implementation of new strategies, though performance measures have not been specified.

The orders creating the new environmental justice offices at HHS and the Justice Department are more vague. The order creating the HHS office, for example, says it must "address the impact of climate change on the health of the American people." Former California Attorney General Xavier Becerra, who has experience establishing a state-level environmental justice office in California's justice department, will lead HHS if confirmed by the Senate.

Though advocates like Dr. Wright have celebrated Biden's multi-pronged approach to environmental justice, the vagueness of the policies' wording gives them pause.

"[Biden's plans] are amazing to read, but when I'm reading it I'm like, 'Can this all be true?' The federal government has been speaking EJ [environmental justice] language for a while now. But putting things on paper is one thing, implementation is another," she told Grist.

Wright believes Biden's most important proposal is his executive order directing the government to ensure that 40 percent of its sustainability investments"benefit" so-called frontline communities, which carry the largest pollution burdens. That could include investments in clean energy, clean transit, affordable housing, and clean water infrastructure. Biden has also directed the Office of Management and Budget, or OMB, to publish a public scorecard regarding its environmental justice spending efforts.

The initiative is poised to face its fair share of challenges. Biden has set a May deadline to identify the communities targeted for investment, but most of the people tasked with leading the initiative have yet to receive Senate confirmation of their White House positions, such as possible OMB director Neera Tanden and Brenda Mallory, a nominee to chair of the White House Council on Environmental Quality.

The other parts of the plan, including identifying specific focus areas for investment and tracking yet-to-be-created metrics on how communities are benefitting, will also be difficult. Since the commitment is not to direct 40 percent of raw spending to disadvantaged communities, but instead to ensure that cumulative benefits reach these communities, those leading the initiative will have to create new metrics to value the investment benefits. Complicating matters further is the fact that the program's broad areas of focus, such as housing and transportation, have to be translated into tangible investments such as electric buses or affordable housing complexes, with little ultimate control over who benefits.

For Wright, Biden's ambition is a cause for celebration, but implementation is another story — as it always has been. "The boogeyman when you're fighting systemic racism is implementation," Wright told Grist. "It's getting everyone in the room to do what they already know is right."