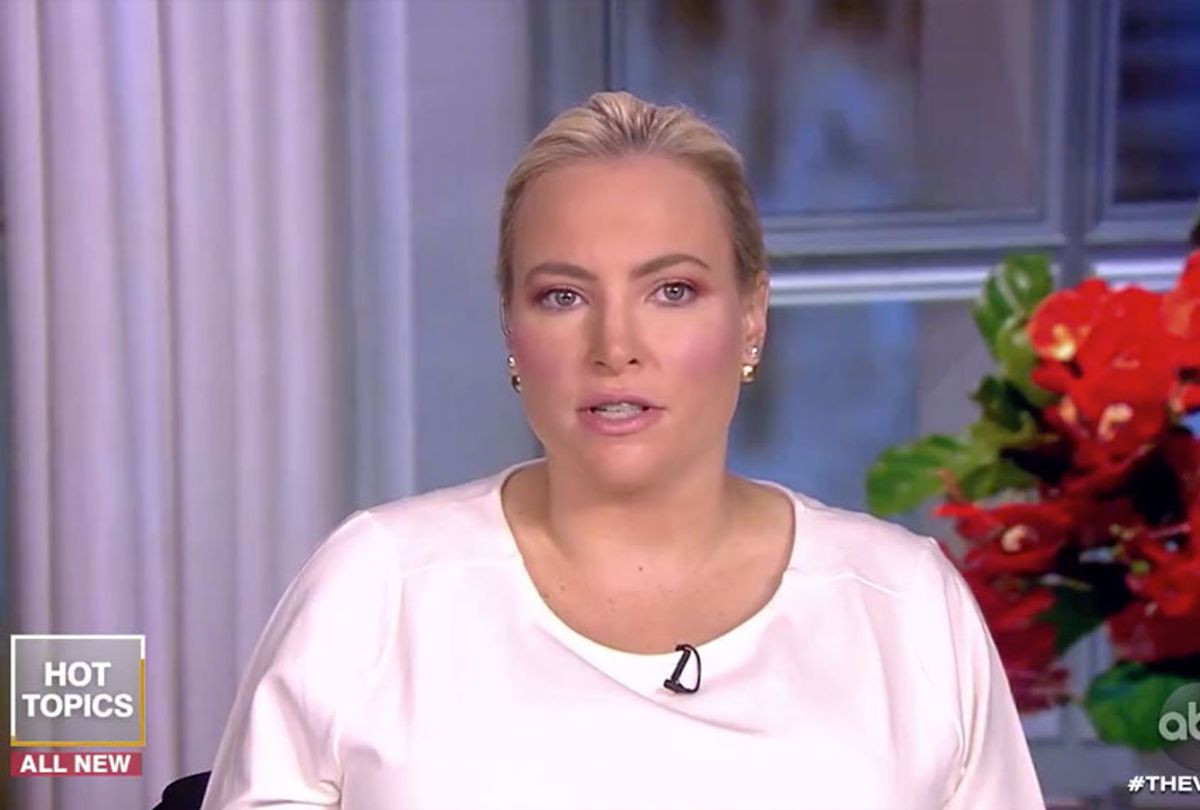 On Thursday, the House of Representatives passed the Equality Act, prohibiting discrimination against LGBTQ Americans by a 224-206 vote. Only three Republicans voted with all Democrats for the measure. On Friday, the co-hosts of ABC's "The View" voiced their disapproval at Republican House member Marjorie Taylor Greene of Georgia for hanging up an anti-transgender sign in front of her office on the eve of the vote.

She's like a "Twitter troll come to life," co-host Meghan McCain said of Greene, whose office is next to that of a Democratic colleague, Rep. Marie Newman, who has a trans daughter. McCain suggested that Republicans and Democrats meet in the middle and have conversations for the good of the American public instead of bickering with one another.

"We are sitting in a place where people like Marjorie Taylor Greene are just doing it for the clicks. They are not doing it for any other reason," she said. "She has ostensibly no power in Congress anymore and she is a first term rank and file member. The only thing she can do is these sort of theatrical clips that get her on the first hot topic on the View on Friday morning and there is no real change made."

HOUSE PASSES EQUALITY LEGISLATION: The co-hosts react to the House passing a bill that would prohibit discrimination against #LGBTQ Americans after Rep. Marjorie Taylor Greene slammed it and made transphobic comments about a congresswoman's daughter. https://t.co/4l9F6KqKEa pic.twitter.com/w0wLkhUddC

"Frankly maybe someone should tell them that LGBTQ stands for LGBTQANON rights and maybe then they will vote for it and they will be all  behind it," she said.

We need to address head-on the despicable comments made by a few Republicans about trans people:

Their attacks on trans people are wrong and despicable. They make my blood boil.

She added, "It's been a bang-up week for the Republican party on this issue... you have Marjorie Taylor Greene behaving Marjorie Loca Green, as I like to call her, behaving like a mean girl in high school and trying to offend a congresswoman whose daughter is transgender."

It's not every day you pass the #EqualityAct through the House. We're proud to fight for you. pic.twitter.com/u0GJrFv1sN