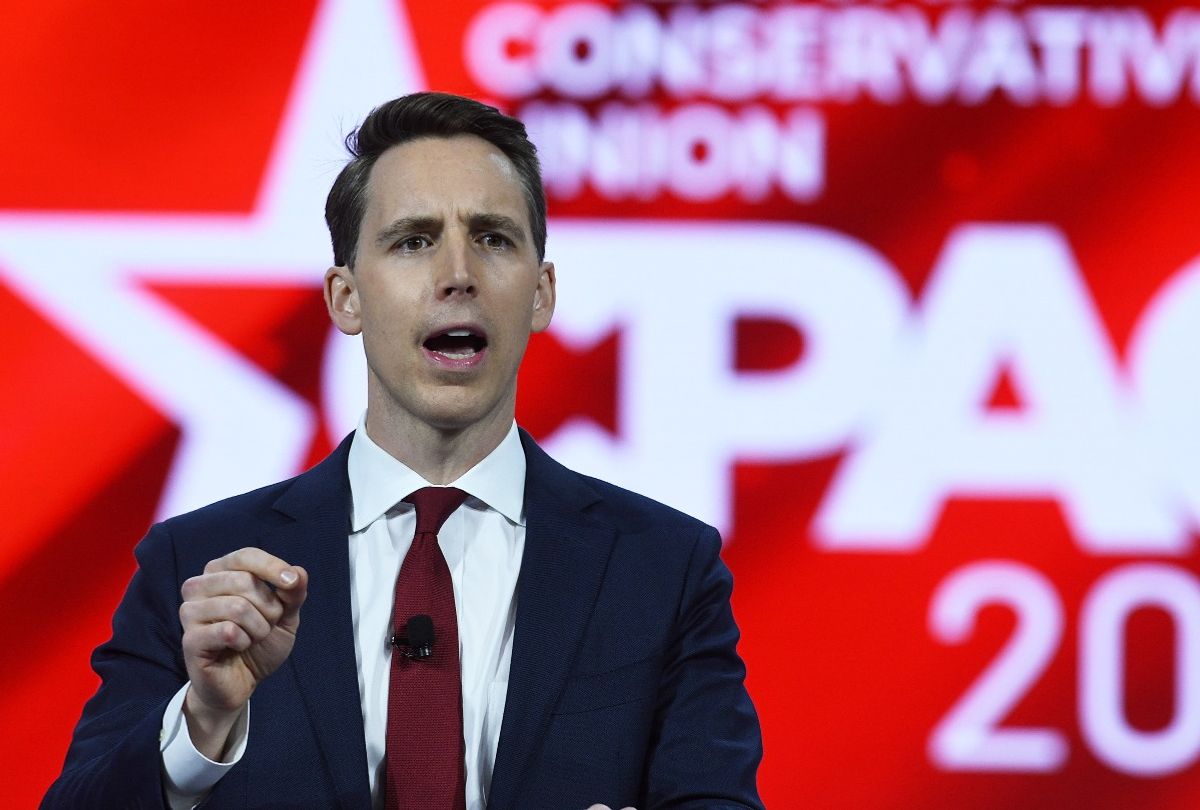 On Saturday, The Kansas City Star editorial board scorched Sen. Josh Hawley (R-MO) for his far-right speech at the 2021 Conservative Political Action Conference in Orlando, Florida — and in particular, his insinuation that historians, academics, and politicians who want to highlight the role of slavery and white supremacy in American history hate our country and culture.

"'Part of pushing back against liberals,' he told the crowd, 'is reclaiming our history and saying it is good and we are proud to be Americans. We're proud to have come to live in a country that started with nothing and became the greatest country on the face of the Earth. We're proud to live in a country that liberated slaves,'" wrote the board. "Seriously? This is the very first thing for which we need to stand up and take a bow? Because it seems to some of us that no one should ever have tried to own other human beings to begin with."

"We didn't so much start with nothing as we stole what was here before we got here from Native Americans," wrote the board. "And when we did end slavery, after a war in which the Confederacy — whose heroes Hawley defends — fought to preserve it, we were awfully late coming around. And then did everything possible, through Jim Crow laws, to keep things as inequitable as they had been. This doesn't mean we hate America; it means we recognize reality, and see the need to learn from it."

The board took a swipe at Hawley for calling for "a new nationalism" under the guise of a "country boy" — even though he is the son of a wealthy banker whose own hometown is split over him — and highlighted the dark undertones of his concluding comment, "America now, America first, America forever!"

"As Republican Wyoming Rep. Liz Cheney said recently, 'America First' does sound familiar, and not in a good way," wrote the board, drawing a parallel to the phrase's use by Nazi sympathizers in the 1930s. "'Segregation now, segregation forever,' Alabama Gov. George Wallace said in 1963. That, too, was winked at in Hawley's ugly address. Hawley, Stanford history major, is not ignorant of any of the above, shocked as he pretends to be that anyone else would acknowledge it."

"America is not hopelessly divided," concluded the board, "but that's no thanks to Hawley."