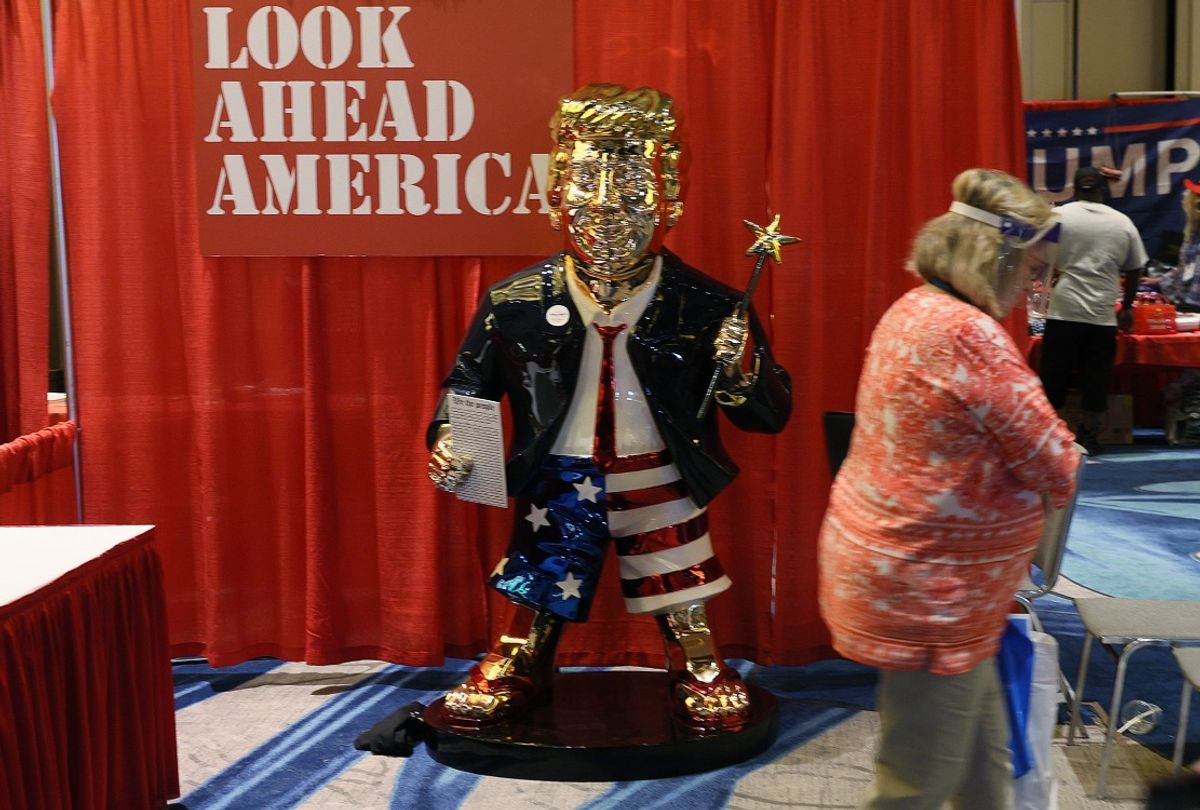 The Conservative Political Action Conference is set to begin this weekend, and early indications are that much of it will be dedicated to worshipping former President Donald Trump.

In fact, as a video posted by Bloomberg News' William Turton shows, CPAC will even feature a literal gold statue of the former twice-impeached one-term president, who will also be a keynote speaker at the event.

Many Twitter users noted that a gold Trump statue would seem to violate biblical commandments against idolatry, and it drew comparisons to the golden calf idol destroyed by Moses in the Old Testament.

Check out some reactions below.

Seriously, did these folks not read the Old Testament? pic.twitter.com/cjGReyGMYv

A golden statue of Trump is as good a summary of CPAC as one could possibly make. pic.twitter.com/tW0zFobjyh

We always knew these MAGAts and evangelicals were fake Christian heretics. They finally broke out the golden calf.