How to make cinnamon rolls that stay pillowy-soft for days

No surprise: King Arthur Baking Company's 2021 recipe of the year does not disappoint 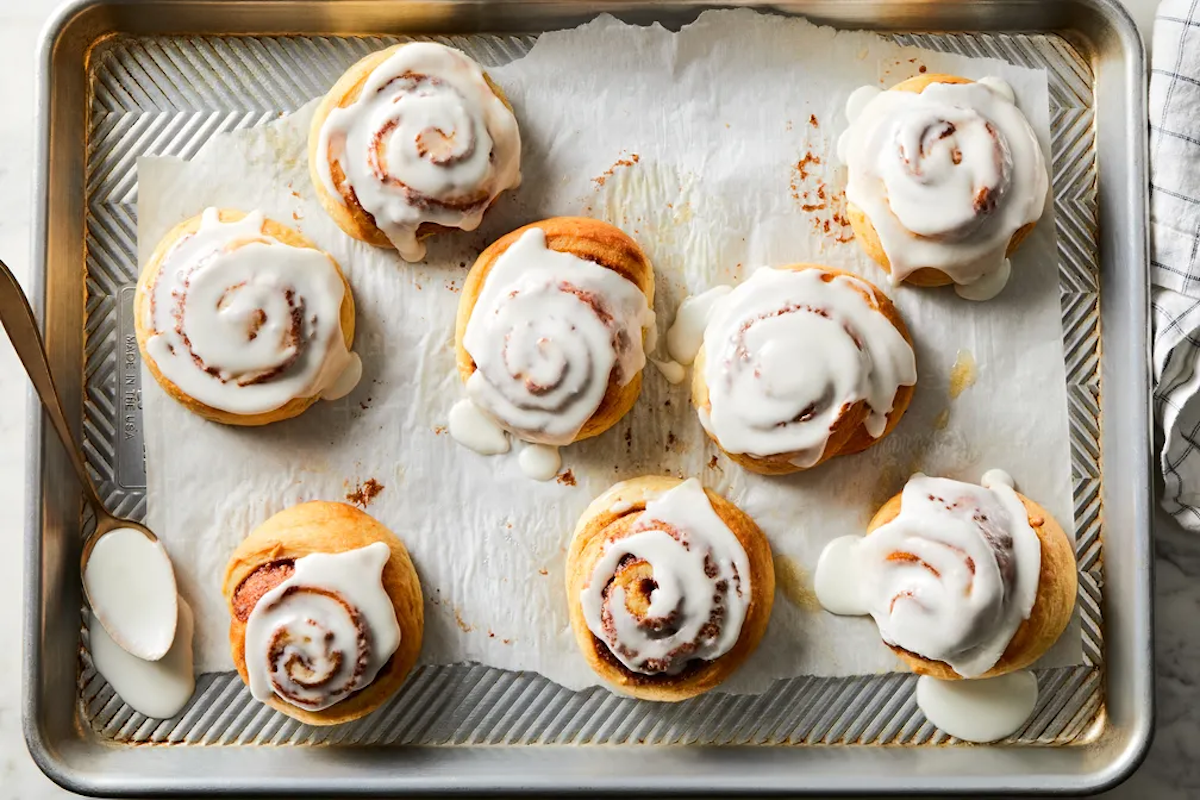 In one of my most vivid memories, I'm watching my parents make cinnamon rolls from scratch on Christmas morning. Flour and mess are everywhere; dough is coiled directly on the counter. The house smells like the siren song of Cinnabon at the airport. I want our home to feel like this every day! And it happened exactly once.

Because, inevitably, cinnamon rolls from scratch are a commitment. There's usually (but not always) yeasted dough to rise twice, filling and icing to measure and whisk, rolls to swirl and slice and bake.

But most problematic of all: The joy is fleeting. Most rolls are at their best still-warm and molten. Do a little math, carry the one, and — in order to have breakfast at breakfast time — you're waking up just a few hours after you went to bed. Maybe that part's just me, but it's no wonder my parents didn't make this an annual tradition.

The team at King Arthur Baking Company knows this, of course. They also know, with the pandemic still keeping much of the world at home, that we could really use a cinnamon roll, but won't be in a position to polish off a whole pan at once any time soon.

So the King Arthur team's mission, with their 2021 Recipe of the Year, was to change all this, and to bring from-scratch cinnamon rolls into more homes, more often. The recipe they developed is so pillowy-soft, the rolls will taste just as good for lazy Sunday brunch as they do on groggy weekday mornings (and midnight snacks) thereafter, with some bakers even reporting pillow-softness a week later. This also means you can make the entire recipe ahead the night before, then just warm and frost as you go in the morning. Cancel that 6:30 a.m. alarm.

But how? And will coffee shops everywhere stop giving away their pastries at the end of the day when they learn about this recipe? The King Arthur baking team relied on the moisture-retaining powers of tangzhong, a technique you may have seen used in Japanese milk breads and other downy baked goods to achieve lasting moisture and softness (1).

In tangzhong — a technique with origins in Japanese yukone (or yudane), widely popularized by the Taiwanese cookbook author Yvonne Chen in her book 65 Degrees C — simply pre-cooking a portion of the recipe's flour with water before mixing with the rest of the ingredients kick-starts the gelatinization of the flour's starches. This makes them better able to hold liquid — up to twice as much as if you were mixing the flour and water together at room temperature or lukewarm. The same amount of hydration in a recipe without a tangzhong step would be a runny, un-kneadable mess.

And best of all, that well-trapped moisture sticks around long after the rolls are baked. Hence the plush, gooey cinnamon rolls for days on end, an experience so rewarding, it most certainly won't be the last time you do it.