Who made Joe Manchin "The Decider"? West Virginia's centrist senator has way too much clout

When every Senate vote counts, West Virginia's so-called "mainstream" Democrat might as well be a Republican 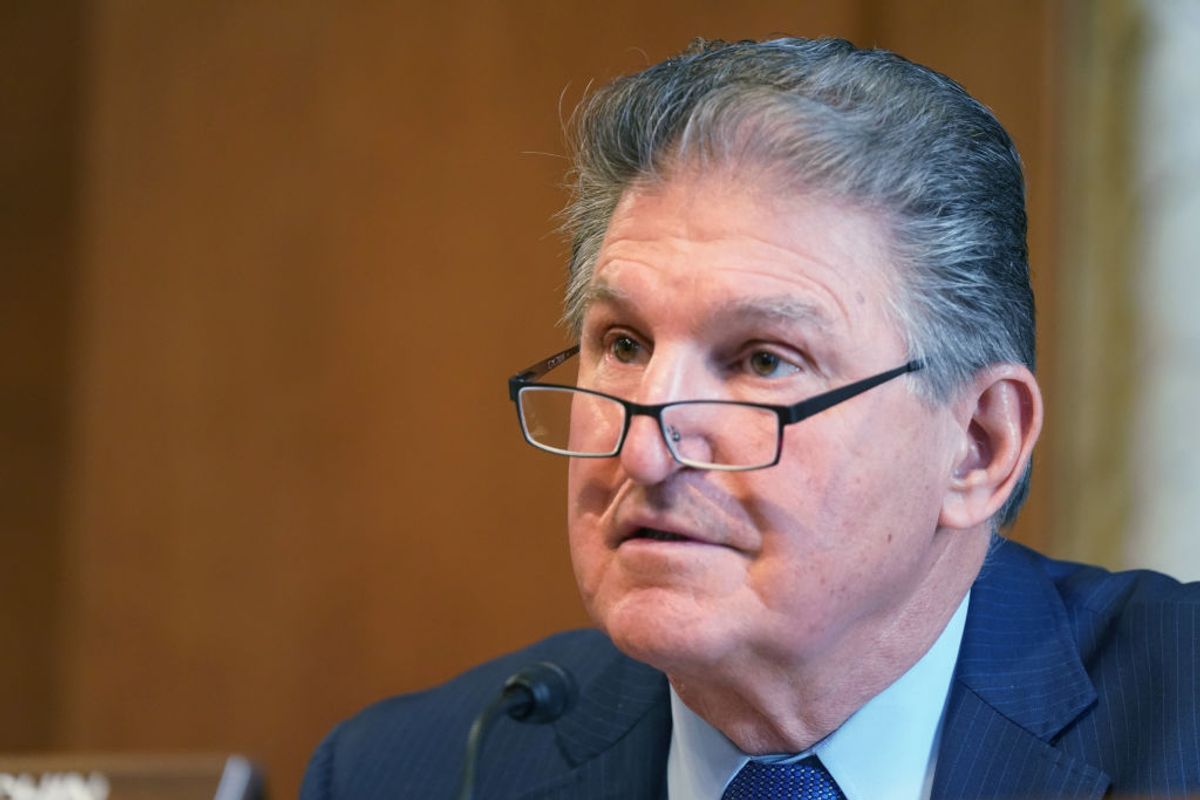 We spent hundreds of millions, talked endlessly, suffered generally insulting campaigns to elect a president, withstood months afterward of one side denying results and endured an attack on the U.S. Capitol.

Where in all this was the decision to elect the winner to be Sen. Joe Manchin, D-W.Va.?

Forget competing personalities, ideologies, even skills. What we effectively have wrought is that the decisions about whether we extend unemployment or try to save restaurants or pay to widen federal research into coronavirus mutations don't sit in the White House or in the leading majority leaders of Congress. It is with Manchin. He is the self-described centrist, so moderate a Democrat that he is always a threat to vote for Republican policies. He hails from a state that he sees as unready to embrace climate change or big investment in recovery. And, as we found out this week, a Biden Cabinet-level nominee.

Manchin says he is opposing Neera Tanden for the Office of Management and Budget because she tweeted too harshly about political opponents.

Maybe now he opposes the nomination of Rep. Deb Haaland, D-N.M., as secretary of Interior, who thinks drilling for oil on public lands is a bad idea. Manchin headed the committee holding this hearing.

As an aside, when compared with colleagues in the Congress who have tweeted and worked hard to ignore years of public insult tweets of Donald Trump, the argument against Tandem seems pretty limp.

Still, among Tanden's tweet targets was Manchin's daughter, Heather Bresch, former CEO of Mylan, a company that made EpiPens and raised its price substantially over 10 years. Bresch defended the higher prices as less than that of others and said she also raised financial assistance for patients.

It's not so much that we may find ourselves agreeing or disagreeing with Manchin. But rather, we have given the car keys to a single individual who may be voting only to support the local interests of a 93% white state. It is a state still waiting for coal mining to come back, that votes Republican, that has the nation's worst record on opiate usage and whose small business owners mostly reject raising the minimum wage.

With the U.S. Senate split down the middle, Manchin's vote has become The Vote for a Democratic agenda, followed closely by the support of sorta Democrat Kyrsten Sinema of Arizona and one or two others. Indeed, one hears Manchin's vote more linked to that of Maine Republican Susan Collins than to the Democratic majority.

Would an LBJ or even a Harry Reid have allowed the Senate majority to have allowed a critical vote like Manchin to run free from issue to issue, from more liberal to more conservative, but outside the party attitudes? No, they would have found a way to pressure his votes with something that West Virginia needs, like energy jobs, or found a threat that worked.  A weaker Chuck Schumer just seems to believe that repetition of arguments alone will win the day.

One friend proposes that Democrats offer a trade of Manchin to the Republicans, baseball style, for Collins or Lisa Murkowski of Alaska), though I doubt that Joe Biden or Schumer would count on that outcome as any more dependable.
Manchin is insisting that calling yourself a Democrat does not necessarily mean anything.

Manchin has become the most sought-after target for lobbyists, reports The Hill, because he is seen as the swing vote in the 50-50 Senate on many bills and nominees. And he has to watch his own political back in a Republican-leaning state.

Actually, only a small group of former staffers and ex-senators-turned-lobbyists have a chance to influence Manchin, who prefers to listen to groups that have established direct interests in West Virginia. That has included more liberal groups like the Poor People's Campaign and unions, or those with ties to local businesses.

It's also true that Manchin voted with the Trump administration half the time.

Manchin, fully aware of his sudden celebrity status, talks a lot about the need for bipartisanship and listening to the other side, no matter what it is, before coming out with what he sees as his more common-sense solutions. It all must come as a bit of upbraiding for Biden, who considers himself a centrist, and floats the question of what it is that makes Manchin want to identify as Democrat in the first place.

"He's kind of the Democratic version of John McCain," Sen. Jon Tester, D-Mont., told Politico. "I say that partially in jest. But partially it's true: Joe's a hard guy to figure out how to lead. He dances to his own music."

Actually, Manchin favors raising the minimum wage, but more slowly and as not part of a coronavirus aid bill. He generally favors gun rights, though he backs "sensible" registration efforts, and he opposes killing the Senate's filibuster rules to make decision-making into simple majority votes. He sleeps on a houseboat, occasionally swigs moonshine from a jar, was a college football quarterback and ran a coal brokerage before running for governor.

As The Washington Post noted, Manchin is a coal-country native come to power as Biden is proposing vast climate changes. As governor, he sued the Environmental Protection Agency. He has scuttled efforts to regulate greenhouse gas emissions, criticized the Paris climate agreement and famously shot a copy of a cap-and-trade carbon proposal full of lead. "There's nobody I know in my state that wants to drink dirty water, to breathe dirty air, I can assure you," Manchin told the Post. "I'm as environmental as anyone else. I'm pretty rational, practical about it, too."

Based on reports from his Senate colleagues, Manchin often does succeed at changing minds, including getting Republicans Steve Daines of Montana and James Lankford of Oklahoma to stand down from their election challenges in the hours following the attack on the U.S. Capitol.

Manchin is the ultimate gradualist, making Biden look as if he is speeding toward some progressive goals in immigration, race relations, environment and economic policies aiming to reset built-in inequalities. Manchin's support — and those middle positions on every sizable issue he brings with him — is the reason behind the agonizingly slow response from Congress on coronavirus and economy alike.

At least with the main body of Republicans in the Senate, we know there is straight opposition to virtually any Biden policy, and we expect the tight majority to work around whatever those limitations set. So, expect to see Sen. Bernie Sanders, I-Vt., the new head of the Budget Committee, for example, maneuvering to use the more arcane rules of reconciliation to move Democratic bills through the process.

But it is annoying to me to see a single individual, Democrat or Republican, insisting that he or she is the center of the political universe. It's more annoying when I thought I had voted for the program of a party that I favored. I didn't like it when Trump insisted that he was the sole voice to hear, even from the White House, I didn't like it with chief obstructor Mitch McConnell deciding to forgo Senate votes on more than 300 House-passed bills.