Trump admits he misses being president

During a recent interview on Newsmax, Trump lamented that he misses his old job 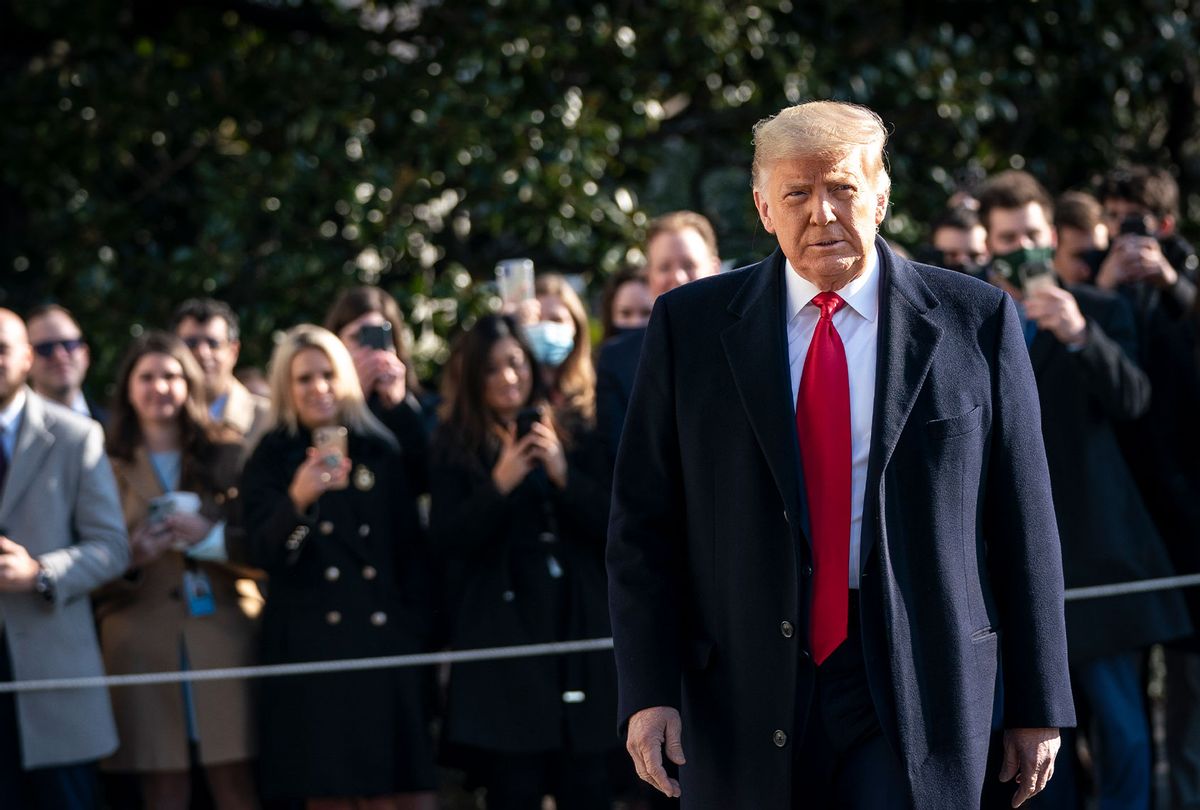 U.S. President Donald Trump turns to reporters as he exits the White House to walk toward Marine One on the South Lawn on January 12, 2021 in Washington, DC. (Drew Angerer/Getty Images)
--

Speaking to Newsmax on Wednesday, former President Donald Trump lamented that he misses his old job.

After spending 298 days on the golf course as president, according to TrumpGolfCount, Trump can now spend as many days as he wants battling a full 18-hole course.

"Do you miss being president? You've got to miss it," asked Greg Kelly.

"Well, I do and we were all set to make a deal with Iran," Trump claimed. "We've all said it would have been a great deal. Now it's I see the deal they're talking about. It's a disaster."

It's unknown which deal Trump is talking about as Iranian Supreme Leader Ayatollah Ali Khamenei said that he hasn't seen the deal and is demanding one, reported Reuters on Wednesday.

"We're all set to, uh, we're pulling out of the Middle East, almost entirely, which we've almost done anyway," Trump said, speaking as if he was still in charge. "We're bringing in a lot of soldiers home. A lot of our great soldiers were coming home. We spend a fortune protecting other countries and the other countries don't even respect it. They don't pay for it. We pay for it. Countries that have plenty of money. We pay for it, so you know, well coming home. and everything was happening great and then we had a disgusting, frankly a very dishonest election. And uh, it was stolen."

He went on to ramble about the election being stolen and said that as far as 2024 goes, "it's too early to say," citing "great polls out there."