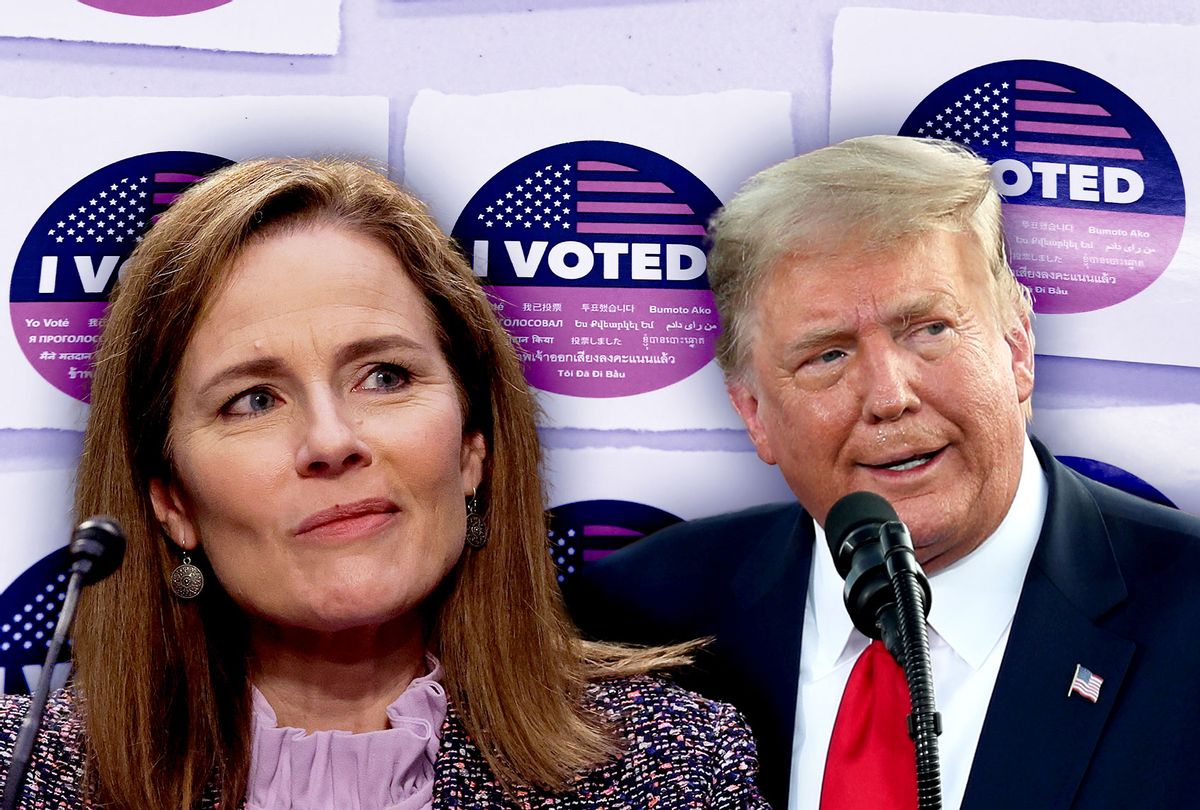 The Supreme Court expressed skepticism on Tuesday about a voting rights case pushing for the prohibition of two restrictions on voting in Arizona, an important test case for the fate of the Voting Rights Act of 1965.

One restriction requires that ballot officials throw out votes cast in the wrong precinct. The other prohibits the practice of "ballot harvesting," which allows third parties, such as organizers, community activists, or even family members, to deliver ballots on voters' behalf.

After a two-hour-long teleconference between justices delivering oral arguments for and against the restrictions, the conservative-majority court appeared poised to let the restrictions be, struggling to to develop a legal standard that validates some restrictions over others.

The meeting was held amid a tidal wave of over 250 Republican-backed bills in over half of the states across the country aimed at tightening voting restrictions––a sure response to former President Trump's baseless allegations of widespread voter fraud. Democrats have claimed that the Republican state-level effort is an attempt to suppress minority votes and prevent the public from being widely represented in the polls.

Tuesday's case specifically centered on how Arizona's voting restrictions may contradict Section 2 of the Voting Rights Act, which prohibits any voting procedure that "results in a denial or abridgment of the right of any citizen of the United States to vote on account of race." Section 2 effectively allows post facto challenges to laws that impose disproportionate voting limitations. The provision was put in place because racial minorities "have less opportunity than other members of the electorate to participate in the political process and to elect representatives of their choice."

Chief Justice Roberts and Justice Amy Coney Barrett repeatedly questioned lawyers on both sides of the argument. Roberts pressed the Democrats' lawyers on what degree of influence would be intolerable. "What if the provision results in a 1 percent decline in participation by minority voters," Roberts asked, "is that substantial enough?" Justice Barrett pointed out the difficulty in distinguishing an "inconvenience" from a "burden" Said Barrett, "There's a difficulty that the statutory language and its lack of clarity presents in trying to figure out when something crosses from an inconvenience to a burden."

Asked what the Republican Party's investment in the case, GOP lawyer Michael Carvin suggested that a change in the status quo might hamper Republicans' chances of winning future elections. Lifting the restrictions, Carvin said, would put Republicans "at a competitive disadvantage relative to Democrats, Politics is a zero sum game. And every extra vote they get through unlawful interpretations of Section 2 hurts us. It's the difference between winning an election 50-49 and losing an election."