Without a bold rebuilding campaign, Americans will continue to risk their well-beings as the nation collapses 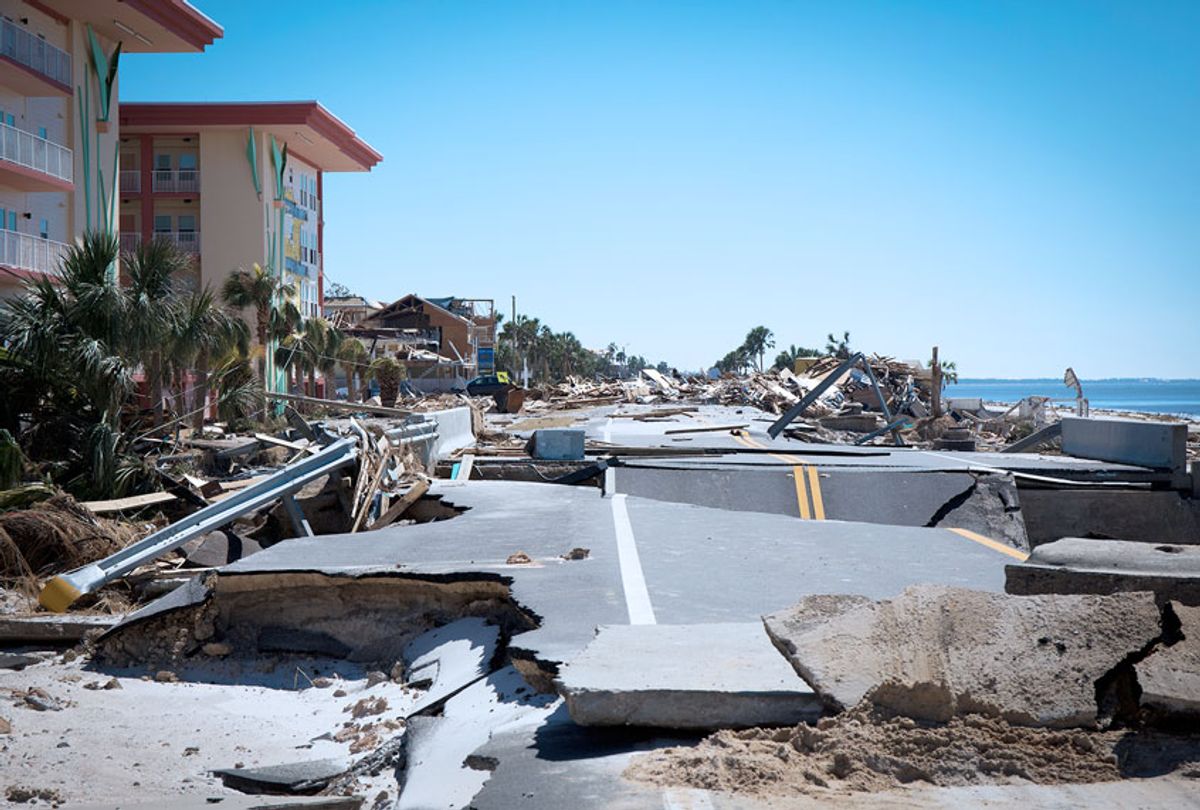 Patricia McDonald layered on sweaters, socks and mittens and huddled under blankets for 15 hours as the temperature in her Duncanville, Texas, home plunged to 42 degrees in the wake of Winter Storm Uri.

Well after the water in her kitchen froze, McDonald decided she'd had enough and braved a hair-raising ride over snow-covered, ice-slicked roads to get to her daughter's house several miles away.

The Dallas County probation officer was safe and warm there. However, McDonald couldn't establish the computer connection she needed to check in with colleagues, and she worried about clients who had had fewer resources than she did for surviving the state's massive power failure.

This isn't merely a Texas problem. Failing infrastructure—from pothole-scarred roads and run-down bridges to aging utility lines and dilapidated water systems—poses just as big a threat to the rest of the country.

Without a bold rebuilding campaign, Americans will continue to risk their well-being and livelihoods as the nation collapses around them.

McDonald, financial secretary for United Steelworkers (USW) Local 9487, which represents hundreds of city and county workers in Dallas, grew increasingly angry knowing that it took just several inches of snow and frigid temperatures to knock out the Texas power grid and paralyze the state.

Some Texans, confronted with days-long power outages, slept in idling motor coaches that officials turned into makeshift warming centers or drove around seeking hotel rooms that still had light and heat.

Others hunkered down at home, melting snow to flush toilets after frozen pipes burst or heating rooms with generators and charcoal grills despite the danger of carbon monoxide poisoning. A handful of people froze to death, including an 11-year-old boy found lifeless in his bed.

But even as McDonald and other Texans waited for power to be restored, police and firefighters in Philadelphia used rafts to rescue at least 11 people trapped by a torrent of water after a 48-inch main ruptured in the city's Nicetown neighborhood.

On February 5, a utility worker in Oldsmar, Florida, averted disaster when he noticed that a hacker had taken over his computer and increased the amount of lye in the drinking water supply to dangerous levels. The security breach provided a chilling reminder that financially struggling water systems not only contend with lead-tainted pipes and failing dams but also with vulnerable computer systemsthat require urgent improvements.

America cannot move forward if it continues falling apart. That's why the USW and other labor unions are championing a historic infrastructure program that will modernize the country, improve the nation's competitiveness and create millions of jobs while simultaneously enhancing public safety.

"There needs to be change," said McDonald, one of the millions affected by the blackouts that utilities hurriedly imposed because surging demand and equipment failures put the whole power grid "seconds and minutes away" from a catastrophic failure that could have left the state without electricity for months.

A major infrastructure investment, such as the one President Joe Biden envisioned in his Build Back Better plan, will create jobs not only for the workers who build roads and bridges but also for the Americans who manufacture aluminum, cement, fiberglass, steel and other items essential for construction projects.

Expanding broadband and rebuilding schools will ensure that children across the country have equitable access to educational opportunities. Investments in manufacturing facilities will enable the nation to rebuild production capacity decimated by decades of offshoring.

And an infrastructure campaign will ensure local officials have the resources they need to manage growth, such as the huge expansionunderway at the Electric Boat submarine shipyard in Groton, Connecticut.

Kevin Ziolkovski welcomes the business that the shipyard brings to his community. But Ziolkovski, who represents dozens of Groton Utilities workers as unit president of USW Local 9411-00, said it makes no sense for the federal government to continue awarding bigger contracts to Electric Boat without providing sufficient funds for related infrastructure.

Ziolkovski says Groton Utilities needs $3.5 million more just to construct a new water tank for the shipyard, one of its biggest customers. He also knows that Groton and other towns need funds to upgrade roads, sewerage systems, public transit and recreational amenities to accommodate the expected influx of workers and their families.

"If you want to see these multibillion-dollar nuclear submarines get built for the defense of the entire nation, you should support everything that goes into that, too," said Ziolkovski, who sees a national infrastructure program as one solution and developed a briefing book on local infrastructure needs for Connecticut's congressional delegation.

McDonald, who returned to her home after three days to find the power back on but her neighborhood under a boil-water advisory, knows that other communities will suffer unless the nation embraces a rebuilding program.

It pains her to know that America fell into such disrepair that it cannot provide basic services, like power and safe roads, at the very time people need them most.

"There's no excuse for this," she said.