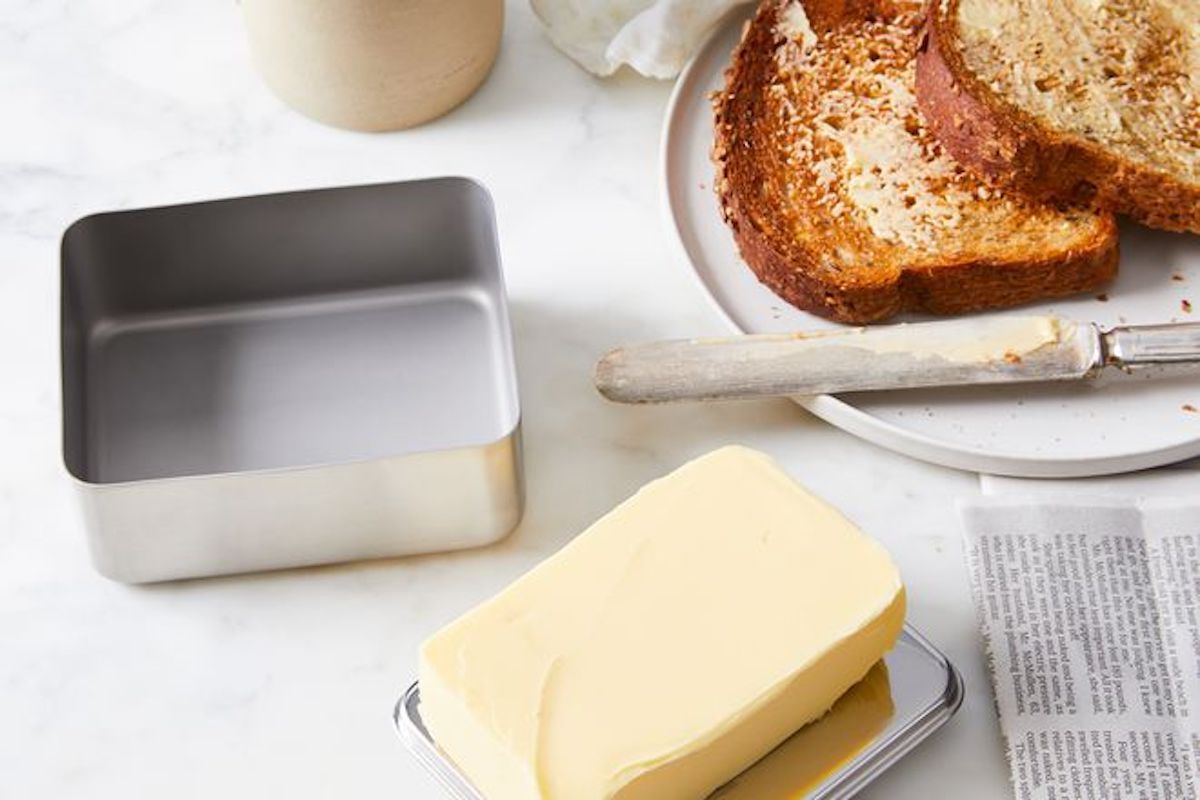 So, so much has changed over the past year. Apparently, the texture of butter in Canada is one of those things. There's a storm brewing online over what some outlets are calling "Buttergate."

It all started on Twitter (where else?) when Canadian food writer, Julie Van Rosendaal, stared into the digital abyss and pondered a seemingly innocuous query: Was the butter in Canada different? Had the texture changed? More specifically, was it less soft at room temperature?

She followed up the tweet with a few theories of her own. The difference in supposed butter texture, she posited, could be explained by either changes in Canada's tariff rate quota (limitations on the quantity of products that can be imported into the country) or a result of adjustments in the feeding practices of dairy cows.

Whichever it was, Van Rosendaal was determined to find an explanation. Her posts started to garner a significant response, and she soon found herself at the center of a larger conversation. "I had well over a thousand responses on social media, and most of them said the same thing — I thought it was just me!" she tells me over email. "So I really dug into it a few weeks ago, with a theory that it was a change in the fatty acid profile that was making butter more solid at room temperature." As it turns out, saturated fats remain solid at room temperature, while unsaturated fats are liquid.

It wasn't until she received a tip via Instagram DM that she located the potential explanation. What she realized was that the change in butter texture could be explained by a "supply chain disruption affecting ingredients that come from overseas, like palm fats. It triggered the connection — highly saturated palm fat in feed could affect the fatty acid profile of the resulting milk." Essentially, palm fat (which is oil derived from the oil palm fruit) could be to blame.

In a Globe and Mail article published just this week, Van Rosendaal suggests that due to the massive increase in pandemic baking, dairy suppliers altered their livestock feed in order to increase production. According to a BBC article, palm fat-based supplements are used to "increase the milk output of cows and increase the milk's fat content." This ultimately results in butter that is more solid at room temperature

Palm oil is a notoriously controversial ingredient. The oil palm industry is often cited as environmentally detrimental, and a large contributor to deforestation.

Since the article's release, Van Rosendaal has been met with a surprising amount of support, and very little pushback from the dairy industry. "It seems this is a conversation a lot of farmers, processors and industry leaders have been wanting to have," she says. "Industry groups have already begun to address it. It will be interesting to see where things go from here."