Many of the inoculated are suffering from "vaccine guilt"

Young people who have gotten vaccinated early, through luck or need, often find themselves mired in anxiety 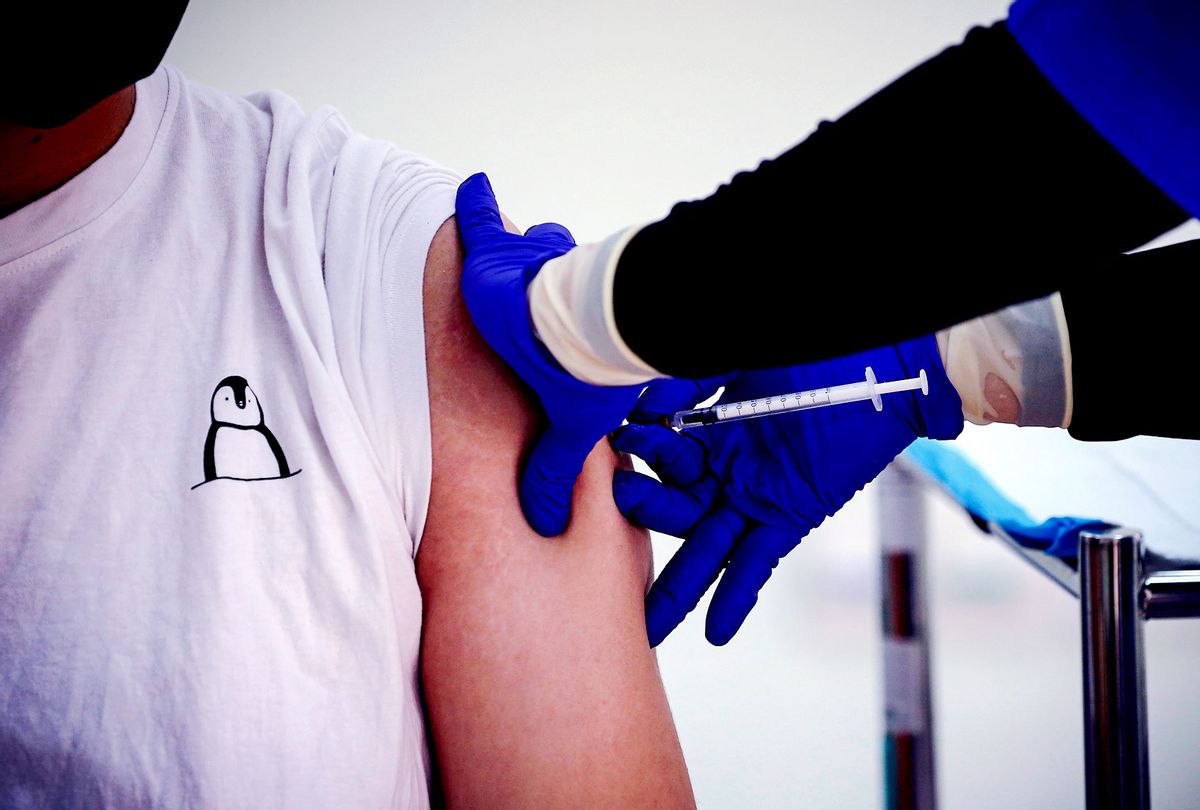 When Emily Brimmer's family dentist sent out an email that they were administering vaccines, she jumped at the opportunity. Brimmer is certainly entitled to get one: though only 36 years old, she has type 1 diabetes, lives with family and helps to take care of her 101-year-old aunt. But once inoculated, Brimmer wasn't prepared for one of the unexpected side effects: guilt.

"When you say, 'I got a shot,' there's automatically this kind of perceived feeling of judgment that is like 'Why did you get a shot, and how did you get a shot?'" Brimmer told Salon. "There's just this need to justify the entire thing."

Technically, as a type-1 diabetic, Brimmer is in the "high risk" category. Her primary care doctor wrote her a note affirming this, which she used to get her vaccine. The caveat was that she had to travel from New York, where she lives, to Pennsylvania.

"So that kind of made me feel guilty," Brimmer said in reference to having to cross state borders. "But it's not like I cut any lines, or dressed up like grandmothers and tried to sneak in. . . everything I did was by the book, and on paper I shouldn't feel guilty."

But Brimmer does. And far from being an isolated anxiety, vaccine guilt is actually quite common. Psychotherapist Alyza Berman, founder and clinical director of The Berman Center, told Salon via email that such feelings emerge from a variety of factors: situational comparison, survivor's guilt, and fear of criticism or retribution. And certainly the piecemeal vaccine rollout, and arcane tiered system of eligibility, factor into that guilt when patients appear to sidestep the rules — even if they aren't actually doing so.

"Given the severity of this pandemic and continued rising death toll, people feel guilty when they qualify to be vaccinated before others who've already suffered great losses during the pandemic, or could stand to lose even more as COVID goes on," Berman said. "As human beings, we have an intrinsic nature to want to quantify and compare ourselves to others, whether for good or bad reasons."

Berman said that this can create "an enormous mental toll on people and weigh heavily on someone's psyche when they're trying to evaluate if they're doing the right thing."

Berman said the phenomenon is "more common than you'd think" and that it's "affecting many people in very similar ways." In other words, something is happening sociologically.

Rick Patterson told Salon via email that he and his wife were able to receive their vaccines "substantially early." She was volunteering at one of the vaccination sites, which often is a way for volunteers to get a vaccine early.

"It was complete luck we were able to obtain our vaccinations when we did, and I feel that there are so many people who need this more than we do right now," Patterson said. He added that it was an "overwhelming thought," that there were "still so many who have not and might not be able to get it anywhere in the near future." Indeed, the inequity troubled him.

Patterson said he feels that his wife, as a vaccination site volunteer, deserved the shot more than him.

"But as her husband, what really gave me the obligation to have one too?" he asked.

Many bioethicists and mental health professionals agree that feeling guilty isn't beneficial to anyone. If you're offered a vaccine, you shouldn't feel guilty. But if you are committing fraud to get a shot early — say, dressing up like an elderly person — then that is something to feel guilty about.

"There is a difference between accepting and even taking advantage of unfairness that exists, and creating unfairness," Dr. Matthew Wynia, director of the Center for Bioethics and Humanities at the University of Colorado, told Denver-based Magazine 5280. "We all have an obligation to try not to create unfairness."

So what are the guilty to do?

"The main advice I can give someone suffering from vaccine guilt is to give yourself a break," Berman said. "We've been put through an impossible situation over the past year, the likes of which no one has ever seen before." That's inarguably true.