Sen. Ron Johnson, worth $40 million, derided as "face of the opposition" to COVID relief 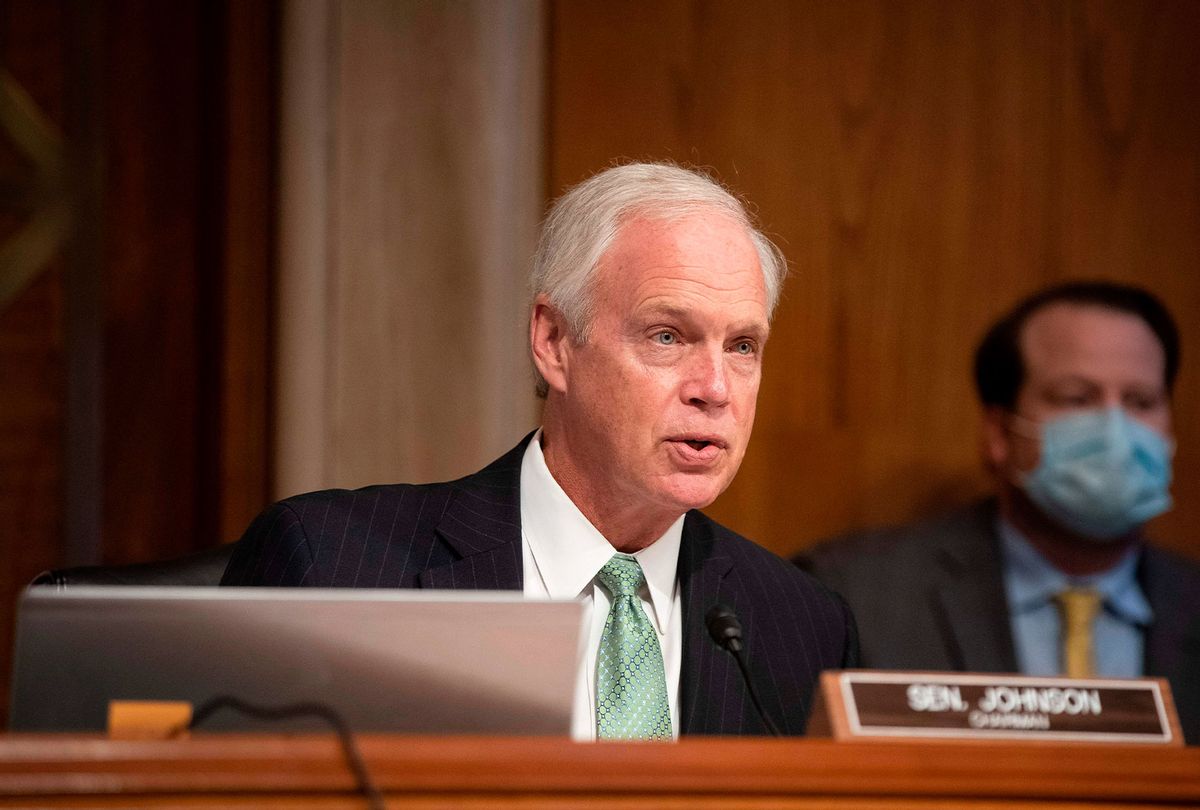 As the Senate began to officially debate the latest coronavirus spending measure on Thursday, a wide-ranging package worth roughly $1.9 trillion, Sen. Ron Johnson, R-Wis., drew sharp criticism from his Democratic colleagues for positioning himself as the central figure standing in the way of aid swiftly reaching struggling Americans.

The Wisconsin Republican has vowed to delay the pandemic relief that includes provisions like individual $1,400 checks, extended unemployment benefits and housing assistance because of its size and scope. One of his tactics was to force Senate clerks to read the bill's more than 600 pages in its entirety — and force stenographers to retype the whole package — which could take up to 10 hours.

"I feel bad for the clerks who are going to have to read it, but it's just important. So often we rush these massive bills that are hundreds, if not thousands of pages long," Johnson told reporters. "All I'm trying to do is make this a more deliberative process and obviously shine the light on this abusive and obscene amount of money that's going to further mortgage our children's future."

Senate Majority Leader Chuck Schumer, D-N.Y., and others derided Johnson, who is estimated to be one of the top 20 wealthiest members of Congress, with a net worth of nearly $40 million, for deciding "to make himself the face of the opposition."

The former CEO of a polyester and plastics manufacturer before his 2010 election to the Senate, Johnson has emerged as one of the chamber's most extreme Republican ideologues, despite his mild Midwestern demeanor. He has repeatedly rejected the scientific consensus on climate change, describing it as "lunacy," and as chair of the Senate Homeland Security Committee last year invited several witnesses to expound on discredited fringe theories about COVID-19. He was staunchly loyal to Donald Trump throughout the former president's term, launching half-baked investigations he claimed would prove Joe Biden's "unfitness for office" and spreading incoherent rumors about an anti-Trump conspiracy within the Department of Justice and FBI.

Schumer tried to look on the bright side, despite ripping into Johnson for going to "ridiculous lengths" to obstruct the relief bill and for promoting various false narratives about the 2020 election and the Jan. 6 insurrection. (Johnson did not admit that Trump had lost the November election for more than six weeks, and has suggested that House Speaker Nancy Pelosi was somehow to blame for the attack on the U.S. Capitol.)

The majority leader also accused Johnson and many of his fellow Republicans of hypocrisy by their willingness to dish out money under the past president but changing their tune for the current one. "We are delighted that the senator from Wisconsin wants to give the American people another opportunity to hear what's in the American Rescue Plan," Schumer said. "We Democrats want America to hear what's in the plan."

The relief legislation, which was released in revised and presumably final form at the start of debate on Thursday afternoon, is moving through Congress via reconciliation, a budget process that would allow the bill to pass without any Republican support, on a 50-50 tie to be broken by Vice President Kamala Harris. But with that avenue comes a hellish process known as a "vote-a-rama," where any number of senators can offer an unlimited number of amendments and further stall the final passage.

Sen. Tommy Tuberville, R-Ala., for example, has said he plans to force votes on all of his nearly two dozen amendments. Johnson distributed a sign-up sheet to Republicans so they could take shifts to ensure enough of their members would be on the floor at all times to further extend the marathon effort.

Some GOP senators, such as Rand Paul, R-Ky., have said they would make the vote-a-rama last indefinitely, if they could. But the expectation and goal of those like Johnson is to at least draw out the session until Sunday.

Johnson's ultimate goal is to sour the public's opinion on the relief package, which has unusually high bipartisan approval from voters, considering that so far the bill has not received the support of even one Republican senator. He has apparently modeled his strategy on the battle over a 1993 supplemental appropriations bill, which remained on the floor for 12 days and was significantly decreased in cost.

"I don't think we need any additional authorization right now when you have [money that] hasn't been spent yet," Johnson said. "Spend that first before you authorize any new dollars, but that's not what the Democrats want to do."