The suspect, Federico Klein, had served in the State Department since 2017 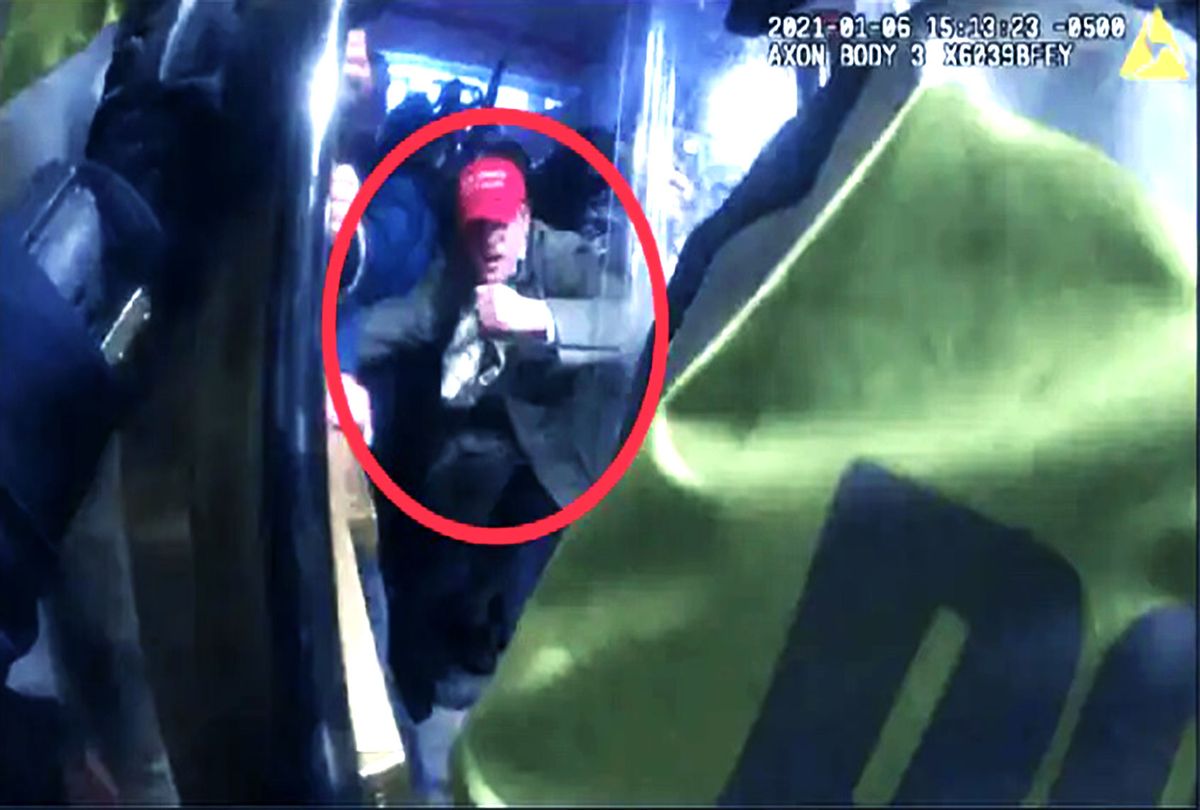 An image filed by the FBI allegedly shows Federico G. Klein physically engaging with police at the Jan. 6 insurrection at the U.S. Capitol. (FBI)
--

On Thursday, the FBI arrested a Trump appointee suspected of charging the Capitol on Jan. 6. It's the first arrest implicating someone directly from the Trump administration in the insurrectionist attack.

Federico Klein, 42, was detained on multiple felony charges by federal officials in his Virginia home on Thursday, according to the FBI's field office. Klein worked as a U.S. Department of State aide, and as of last summer, was listed as a special assistant in the Bureau of Western Hemisphere, which supports the implementation of U.S. foreign policy in the West. At the time of the Capitol riot, Klein was still employed as a staff assistant at the State Department.

According to a former colleague, Klein also worked in the Brazilian and Southern Cone Affairs –– which manages relationships with Argentina, Brazil, Chile, Paraguay, and Uruguay –– and was later transferred to an office that processes Freedom of Information Act requests. Before his time in government, Klein was employed as a "tech analyst" in Trump's 2016 campaign.

Klein also had a top-secret security clearance, according to his LinkedIn profile, and had been an active member of the Republican Party since 2008. He also worked at the conservative advocacy organization, Family Research Council, which lobbies against pornography, abortion, divorce, and LGBT rights.

Klein's criminal complaint alleges that the aide "physically and verbally engaged with the officers holding the line." He also reportedly defied police orders to retreat and beat an officer with a riot shield, which he used to prop open a door leading into the Capitol building. In a video, Klein can be seen rallying for additional support from rioters behind him, shouting, "We need fresh people, need fresh people!"

"Fred's politics burn a little hot," she said, "but I've never known him to violate the law."

Klein resigned from his post at the State Department on Jan. 19, the day before President Joe Biden's inauguration. Klein now faces multiple felony charges, including knowingly engaging in any act of physical violence against any person or property in any restricted building or grounds.

So far, over 300 people have been arrested in connection with the Capitol riot on charges, which include entering a restricted area, obstruction of Congress, and assaulting a police officer with a dangerous weapon.