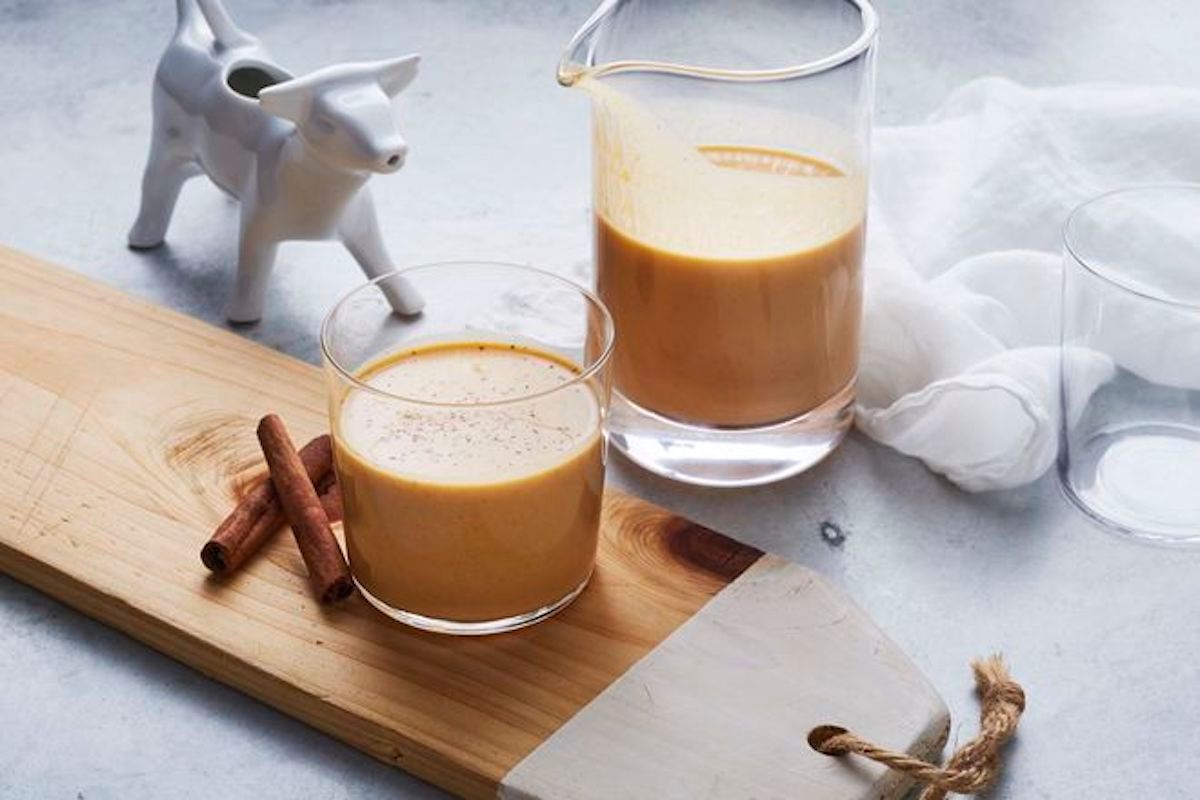 I wasn't born in New England, but I did grow up here, and still call it home. I distinctly remember the first time I came across coffee milk. I was maybe 10 or so, in the school cafeteria, reaching for a carton of what I thought was chocolate milk. I sat down with my friends, excited to dig in (well, as excited as you could be to eat a school lunch in the '90s). The first sip was startling, and I'm sure I reacted with all the grace and dignity you might expect from a 10-year-old.

Closer inspection of the carton revealed that it wasn't chocolate milk at all — the label was a lighter shade of brown, for one, and sure enough, it said "coffee milk." Huh. I'd lived in Chicago, Miami, and Cancún before moving to Maine, and I'd never heard of it. Chocolate milk, strawberry milk, sure. But this was new to me, a young transplant.

Something about it seemed forbidden. At 10, I wasn't allowed to drink coffee, but I always loved how it smelled. I took another, more informed sip. Suddenly it made sense — no wonder the adults around me loved coffee so much! I finished the carton in a couple of gulps, and an exciting new craving was born.

I generalize a bit, calling this a New England beverage. In truth, it has its roots deeply planted in Rhode Island, where the drink was created in the early 1900s. Coffee milk became so popular in Rhode Island that their legislature declared it the official state drink in 1993.

Despite its regional popularity, there are only a few producers of coffee syrup. My partner and I decided to do a blind taste test of four of them with a couple of friends. To keep things fair, we used 1 tablespoon of syrup per 4 ounces of whole milk for each. Here's how they did:

Arguably the most ubiquitous of the four, most of the grocery stores near me carry this brand. After tasting, we couldn't help but wonder how the original Autocrat from the 1930s tasted. The modern stuff is, honestly, unimpressive. We all agreed that the milk was super-sweet with barely a hint of coffee flavor.

The second mass-producer of coffee syrup, this company was actually acquired by Autocrat in the early '90s, which was then acquired by a corporate entity in 2014. None of us could distinguish this from the Autocrat syrup.

Founded in 2009, Dave's Coffee is primarily a coffee roaster. Inspired by the popularity of coffee milk, owner Dave Lanning wanted to make a coffee syrup that he'd personally enjoy drinking. After months of experimenting, he and his team landed on using cold-brewed Brazilian coffee simmered with cane sugar to create their syrup. Their iconic amber bottles are stylish and eye-catching, but serve a practical purpose: The hot-bottling process they use makes for a shelf-stable product without any preservatives and requires a bottle that can withstand high temperatures. This is my personal favorite, and tied for overall favorite. It's sweet, nutty, and mellow, with a very distinct coffee flavor. I use this syrup in cooking and baking, and it makes for a dynamite whipped cream to pair with chocolate desserts.

Founded in 2001 by David and Mary Sylvia, the family recipe for this syrup dates back to the early 1900s. After years of making coffee syrup to give to family and friends as gifts, they were encouraged to bring their syrup to the market. Happily, Morning Glory is celebrating its 20th anniversary this year. They seem to be the only company that makes a decaf coffee syrup, perfect for those with caffeine sensitivities. This was my partner's favorite of the four, and tied for overall favorite. I was surprised to learn they use a medium roast coffee for this, as it has a much darker flavor profile, with chocolatey notes, though still very coffee-forward. I plan on using this in cooking and baking, too—warmed up, it makes a sublime topping for vanilla ice cream.