Does this smart watch come with an app to deal with casual racism?

Some white people were very excited about Apple's Unity watch design, and they were not happy when I wasn't 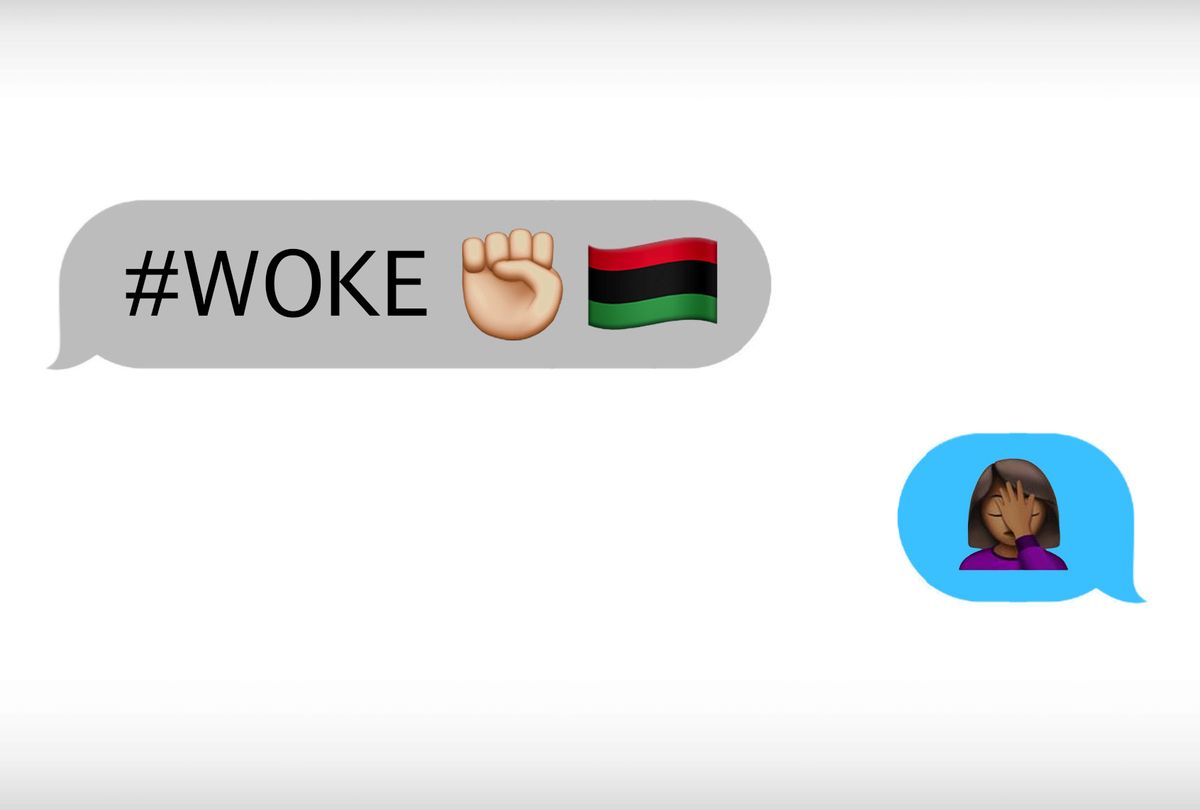 When Apple announced its "Black Unity Collection" watches, white people in my circle kept asking me what I thought about it. My phone buzzed for a whole hour that day: "Isn't it great that Apple is honoring Black people for Black History Month?" and "Should I purchase it as a gift for someone?"

Since everyone's racism radars have gone on alert, I spend a lot of time being the woke, outspoken Black person for my white coworkers, acquaintances and friends, and even their white friends, too. I'm expected to speak for Black women in these circles, as if I can tell you what Oprah is doing right now, what Beyoncé wants for lunch or if Serena Williams is enjoying the new season of "This is Us." I imagined white people passing out boxes of those "Unity" Apple watches to Black people as gifts for holidays, birthdays and just because. Don't get me wrong, an Apple anything makes a great gift — that stuff is expensive — but come on. This is exhausting.

In fact, just existing as a Black woman in America gets more exhausting by the second. The only good thing that comes along with the exhaustion is that I learn a new lesson every day.

Casual and comfortable racism is not malicious. It's not in your face. It's not rioting at the Capitol. But it is there, even in social and professional circles dominated by liberal white people, including those you may otherwise want to give the benefit of the doubt because they appear to be more conscious than overtly racist white people.

One such person in my circle, who — on the surface — appears to be aware of the impacts of racism and often "empathizes" with Black friends, messaged me to say they couldn't understand the backlash to this watch. Why would people criticize a company for "trying"? I responded that by now we should be more than 400 years past trying, and they replied, "Well, we gotta start somewhere!"

But this person already has a head start, thanks to their white privilege, so it's easier to accept a performative watch as a meaningful gesture than to consider what it would take to make meaningful change. Before I could even put down my phone, they then demanded that I not be offended "over something so small." The audacity. I don't expect white people to understand why I would be upset over the Apple Unity Watch. But I am a human, just like they are. When I am upset, I deserve the space to say so. It's not actually my responsibility to teach white people about racism, let alone make them feel better about it when we talk.

As I finally put my phone down, I started to recall all of the things white people in my social circles feel entitled to ask me about – microaggressions, mostly, communicated as easily as asking me what I had for lunch. For example, I often wear t-shirts featuring quotes and photos of and about Black women and Black justice. In a Zoom meeting with a group of white colleagues, one asked me, "What woke t-shirt do you have on today?" That comment started a five-minute conversation among my white colleagues, who felt the need to discuss my appearance with each other while I was present. I felt like an enslaved person waiting to be sold as they determined whether my appearance was worthy enough to exploit. Another colleague asked me directly why I had changed my hair that day — I had pulled it back instead of wearing a knot out — implying that my natural hair was somehow unprofessional. Someone else decided to volunteer that they had chosen to add a black square to their social media feed "to show solidarity with Black people."

Each question or comment felt like a little dagger. Often in these interactions I feel like I'm supposed to be the Black Google for them, ready at the beck and call of white people to answer their questions so they can gain insights on Black culture.

After my trip down Microaggression Lane, I sat on these comments for a day. I didn't respond. I was too overwhelmed. I wondered several times if it was even worth the time to reply. The next morning, after I went for a run to regroup, I got up the courage to tell all of the white people in my circles who had asked me about the Apple Watch the truth about how I felt, one by one.

I picked up my phone and proceeded to message each one, telling them that Apple can do more than make a Pan-African colored watch when Black women are underrepresented in STEM, and why it matters who is in the boardroom at Apple because listening to us is incredibly important. It felt good. But then a few responded with more comments along the lines of how, in the era of President Biden and Vice President Kamala Harris, things are much better now and we have all of this diversity in the new administration, so I should be happy because "we're going to fix this."

Do they even know what "this" is? And who exactly is "we"? Lots of white people love to pass off their own responsibility to do the necessary work of confronting racism to an imaginary "we" who will fix all the problems, especially when it comes to Black justice. When you live in a cloud of white comfort, it is easy to pretend we all live in a utopian America where everyone is free, equal, happy and absolved of all responsibilities.

Box checking on diversity doesn't solve racism. Trump may be gone, but President Biden won't save this country. And seeing Harriet Tubman on a $20 bill isn't going to make all Black women happy. I told them this.

After deafening silence that lasted for days, I realized that some people were choosing to leave my circle because they wanted to sit in their white privilege and comfort instead of engaging in honest dialogue. I had offended them, I suppose, with the truth, debunking the fantasy that progressives in the federal government could magically eliminate all of our problems. Maybe those folks learned that their casual conversations can also be harmful, or maybe once again I wasted what little energy I had trying to convince them. Either way, these exchanges left me exhausted once more.

Every day, I deal with racism in casual, comfortable and confrontational settings. Seemingly small comments are a symptom of systemic and structural racism. Simply put: All racism is racism. All of it needs to be addressed. It's why that joke from a white person in my circle, or the casual questions about our Blackness that white people then use to perform wokeness, can sting as much as overt racism and sexism. We're sure as hell not waiting for Apple to save us from any of this.

Before asking me about the watch, I would have appreciated if white people were at least mindful of how those questions and comments might be perceived. Then simply asking, "Hey, how are you feeling about this?" would be a better approach than jumping right in with assumptions about how cool Black people must think these products are.

It's time for white people to either become part of the movement for justice or admit that they stand in the way of it. It's time to stop asking us about watches and start doing the work. I'm so glad that I told people the truth about how I felt, whether or not I lost them as acquaintances as a result. I don't want a seat at white tables anymore. But I do want white people to respect the table I built as a Black woman, and to talk to the family and friends around theirs about how to actively dismantle racism and white supremacy.

That said, while you're working on that . . .  if you do happen to have a stash of those Apple watches to hand out, please feel free to send one my way.