Former Fox News personality Megyn Kelly, fired from NBC News, now wants to tell Oprah how to do her job 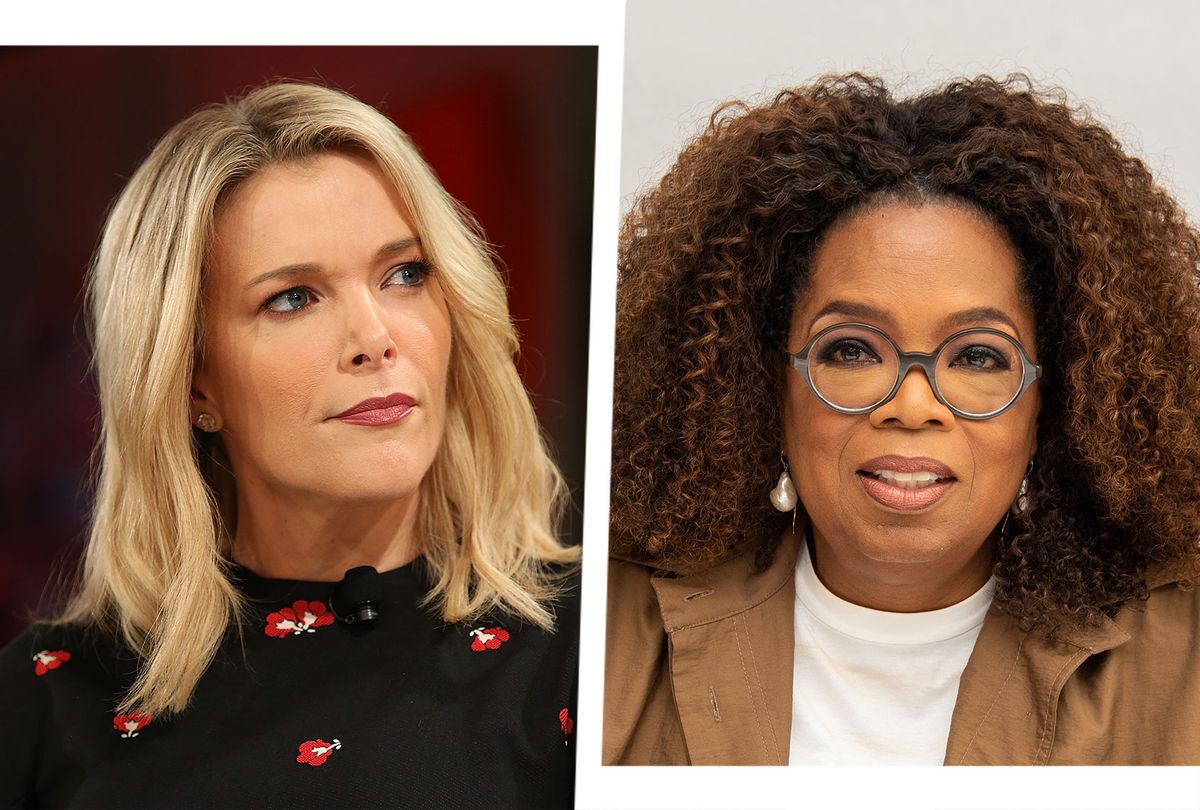 Oprah's bombshell CBS interview with Prince Harry and Meghan Markle has dominated streaming and social media since it aired Sunday evening. In the 2-hour special, viewers heard the couple describe their experiences with systemic abuse and familial negligence as a result of the British society's racism and the royal institution's obsession with public opinion.

There were too many moments to even recount in detail: Markle discussing the fact that it was actually Kate Middleton who made her cry, rumors of members of the royal family deliberating on what color baby Archie's skin would be, and in a stunning moment of vulnerability, Markel revealing the depths of her struggle with her mental health throughout. With a pained look on her face, Markle shared that it got to the point that she just "did not want to live anymore." But what might naturally prompt an empathetic reaction in most has curiously caused others to begin frothing at the mouth. Not only because Markle is a woman of color with the audacity to challenge a structure as antiquated as the British Monarchy, but also because she was aided in telling her story by another Black woman, daytime TV icon Oprah Winfrey.

The typical reactionary right-wing pundits like Piers Morgan and Ben Shapiro have already made sweeping movements to discredit Markle's experiences. But in a disappointing yet unsurprising rant ahead of International Women's day, former Fox News pundit and fired NBC daytime host Megyn Kelly took to Twitter to join Piers Morgan in his critique of Markle, essentially conflating the privilege of royal life with immunity from mistreatment of those in power.

In a conversation on "Good Morning Britain," Kelly and Morgan goaded each other into the delusion that they would somehow know more about the circumstances surrounding Meghan and Harry's exit from the royal family than Meghan and Harry themselves. Kelly at one point insisted it's "not about race" because the British public used to adore Markle, ignoring a well-documented history of racist and sexist portrayals of her in the media.

It is unsurprising that Kelly would lack the tact or nuance to understand that issues surrounding race are more complex than what she can perceive in her limited scope of experiences. She has built a career off inciting prejudiced judgments against others and casting doubt upon the lived experiences of Black people. Some highlights of this include, suggesting a 14-year-old child body-slammed by a police officer was "no saint," insinuating that Sandra Bland had some responsibility in her arrest and subsequent death for not complying with police orders, and mocked distrust in law enforcement in Black communities as a "thug mentality rather than accepting the validity of a weariness that comes from decades of systemic oppression.

Oprah, on the other hand, is one of the most respected and lauded broadcast personalities of the 20th century. As the trailblazing host of the "Oprah Winfrey Show," she helmed the highest-rated daytime talk show ever. If social media and various articles are an indication of how the public received her as an interviewer, the overwhelming consensus is that she did it in the way that only someone of her skill and humanity could.

Perhaps this is what infuriates people like Megyn Kelly so much, as some on Twitter were quick to point out:

Observing the cadence, understanding and gentle persistence Winfrey displayed while she asked bombshell question after bombshell question, Washington Post columnist Margaret Sullivan declared that Winfrey is the "greatest celebrity interviewer of all time."

As we can easily recall, part of the downfall of Kelly's poorly rated NBC show was because of her bizarre insistence that dressing up in Blackface for a Halloween costume was really not all that bad, and didn't need to have a big deal made about it.