A year of coronavirus: Trump is gone. It's time to let go of the partisan responses to the pandemic

Partisan rancor over pandemic restrictions poisoned our ability to fight the virus. Is it too late for sensibility? 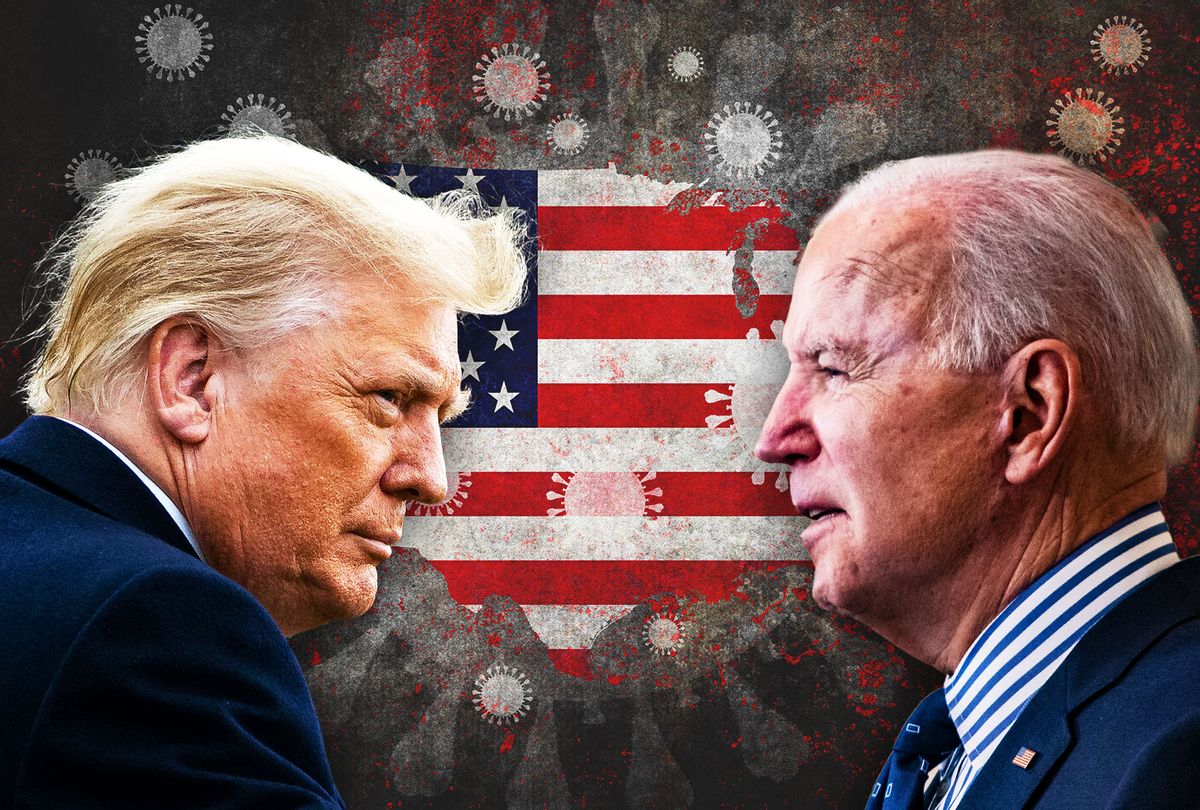 After delaying long enough to cause serious anxiety among prominent public health experts, on Monday the Centers for Disease Control (CDC) finally released their recommendations for people who have been fully vaccinated against COVID-19. The delay was worrisome, especially in light of reports that there was a debate in the White House over how lenient the guidelines should be with regards to what vaccinated people can do. In the end, however, what was settled on was a little more freedom than earlier reports suggested. Not only do the guidelines say vaccinated people can socialize together, as was anticipated, they also indicate that vaccinated people can visit with unvaccinated people – so long as they are all low-risk and from the same house. Mostly described as the "you can hug your grandkids" rule in the press, the guideline also includes increased freedom for things like a vaccinated couple hosting an unvaccinated couple for dinner.

Many prominent public health experts celebrated the loosening of restrictions on vaccinated people because, as Harvard-based epidemiologist Julia Marcus explained on Twitter, "Vaccines provide a true reduction of risk, not a false sense of security." Others, such as Dr. Leana Wen, visiting professor at George Washington University's Milken Institute School of Public Health, remain critical, not because they believe the new guidelines are too generous — but because they are still too strict.

"While some guidance is better than no guidance, the guidelines are too timid and too limited, and they fail to tie reopening guidance with vaccination status," Wen wrote in the Washington Post on Monday, arguing that incentivizing vaccination requires shifting public health outlooks "from zero risk to manageable risk" and highlighting "the freedom to return to normalcy." She recommended that the CDC guidelines allow travel for vaccinated people and that the CDC "provide nuance and risk estimates instead of taking an absolutist approach" on matters such as going to church, going to the gym, or eating out.

Dr. Wen is speaking sense. It is sense that's drawn from hard-earned lessons from previous disasters like the AIDS crisis, which taught public health experts that abstinence-only approaches that don't take into account basic human needs for pleasure and connection are bound to fail, especially in the long run. Unfortunately, these lessons have largely been ignored during the coronavirus pandemic. Instead, Americans have been sucked into an all-or-nothing approach, with your choice of "all" or "nothing" depending largely on your partisan identity.

Early in the pandemic, the former president turned decisively against necessary measures such as closing down public spaces and mask-wearing, out of his twin convictions that the virus was being exaggerated in order to hurt him politically and that re-opening the economy would get him re-elected. The result was that Republicans, both politicians and ordinary people, incorporated indifference to the pandemic into their identities, refusing to wear masks or follow social distancing guidelines. Now, over half a million people are dead — hundreds of thousands more than would have died, except for conservative childishness and the refusal of Republican state and local officials to pass necessary restrictions on public gathering spaces.

Unfortunately, liberals also played a role in how bad things got.

Trump's rejection of sensible precautions caused many of his political opponents to run hard in the opposite direction, embracing the lockdowns as if they were a point of personal virtue and inherent good, instead of a temporary and deeply unpleasant measure necessary to contain the virus. Worse, liberals were so protective of lockdowns that even sensible criticisms were ignored, and liberals often acted like, well, cops. They often appeared more interested in lecturing people rather than empowering them through education. There was a lot of social media shaming for any social activity, no matter how safe it was. And in behaving this way, a lot of well-intentioned people made the pandemic much worse.

"Throughout the past year, traditional and social media have been caught up in a cycle of shaming—made worse by being so unscientific and misguided," University of North Carolina associate professor Zeynep Tufecki wrote last month at the Atlantic. For instance, "visible but low-risk activities" — such as outside socializing — "attract the scolds" and often drive people to riskier but less visible activities by bringing those social occasions inside.

A lot of people, no doubt in large part because they were appalled at Trump's refusal to manage risks at all, embraced an absolutist approach, acting as if the only level of acceptable risk was zero. (Though many of those who were absolutists in public were quietly finding outlets of their own — forming a "pod," getting a masked-up haircut — that they would yell at others for embracing.) But, as Dr. Marcus told Tufecki, "Public health works best when it helps people find safer ways to get what they need and want." Failure to meet people where they're at likely led people, lonely and exhausted by the pandemic, to take unnecessary risks, often because they had no sensible guidance on how to manage their risks.

With a more mature and pro-science Joe Biden in the White House, we finally have a chance to talk about pandemic restrictions like adults, instead of as an endless test of tribalist loyalties proved by, depending on your party, performing recklessness or treating quarantine like it's a self-deprivation contest. The new CDC guidelines are a step in the right direction away from such absolutism and move towards a more sensible approach to risk management. This is important, because not only are absolutist approaches unfair and not scientifically justified, they reduce trust. Messaging that nothing should change for vaccinated people defies common sense and will cause people to stop trusting anything that authorities say on the subject.

Sadly, the guidelines are probably still too strict.

The CDC's conservative stance shows that bad habits are hard to break, especially those developed as a defensive reaction against the negligent approach pushed by Trump. Even worse, there are still a lot of liberals on social media — which constitutes a disproportionate amount of our social lives these days — who are still insisting that anything but maximized loneliness and boredom is somehow wrong. The replies under the New York Times tweet about the new guidelines were a train wreck of hundreds of people insisting that nothing should change for vaccinated people and that everyone should remain under maximized lockdown until herd immunity, and that anyone who wants to visit family or friends after a vaccine is "selfish."

This attitude mistakes suffering for virtue. It's also an attitude that will lead to more disease and death. As Wen points out in the Washington Post, "millions of Americans will not get vaccinated unless they see something in it for them." If people want to reach herd immunity, incentivizing the vaccine by tying it to more freedom is necessary.

Trump's ability to polarize everything contaminated the public response to the pandemic. But he's gone now. There's no honor in misery and we should all want to return to freedom as quickly as we can, safely. With a few more months, at least, to go, it's time to let go of black-and-white thinking and start embracing harm reduction approaches that allow people freedom, while also reducing the spread of the disease. The new CDC guidelines are a start, and hopefully, soon we'll be seeing things gradually open up as vaccination rates rise.