"There's no end in sight!" "Fox & Friends" co-host Brian Kilmeade says. "Nobody is perfect enough for the masses" 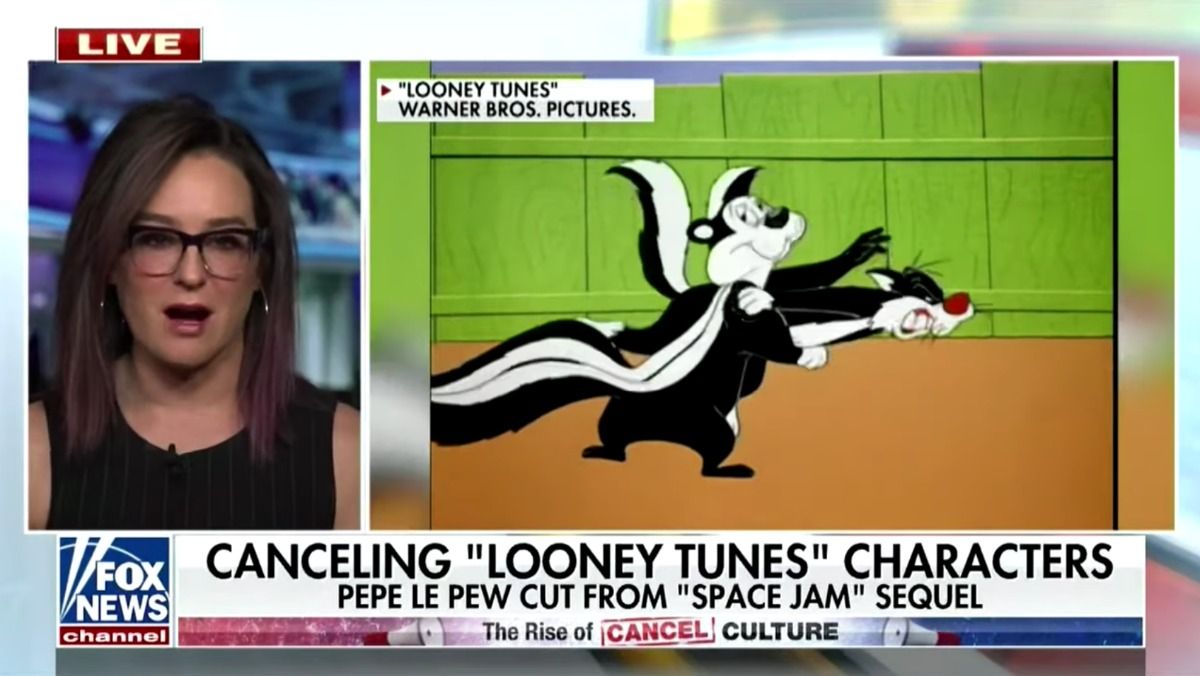 Fox News hosts on Monday rushed to the defense of Pepé Le Pew, a Looney Tunes cartoon character which is known for unwanted sexual touching.

The Fox News program Outnumbered covered the topic after Deadline reported that the Pepé Le Pew character had been cut from the animated film "Space Jam 2." New York Times columnist Charles Blow has argued that the cartoon skunk "added to rape culture."

"They're just simply erasing it instead of teaching people about the lesson of personal space," Fox News host Katie Pavlich said.

Co-host Kennedy Montgomery argued that the "Space Jam 2" scene with Pepé Le Pew "could have been a teachable moment."

"You can pretty much cancel everything which leaves us as an undifferentiated blob," she complained.

"There's no end in sight!" he exclaimed. "Nobody is perfect enough for the masses. I'm not saying he's a perfect cartoon character, but believe it or not, I'm not looking to cartoons as my role models — to this day, yet — I have yet to see one animated figure that I can really look up to."

"That's such a great point," co-host Emily Compagno agreed. "Nobody is perfect, therefore, you can utilize them as teachable moments."