Get to know hojicha powder, and explore green tea's darker side 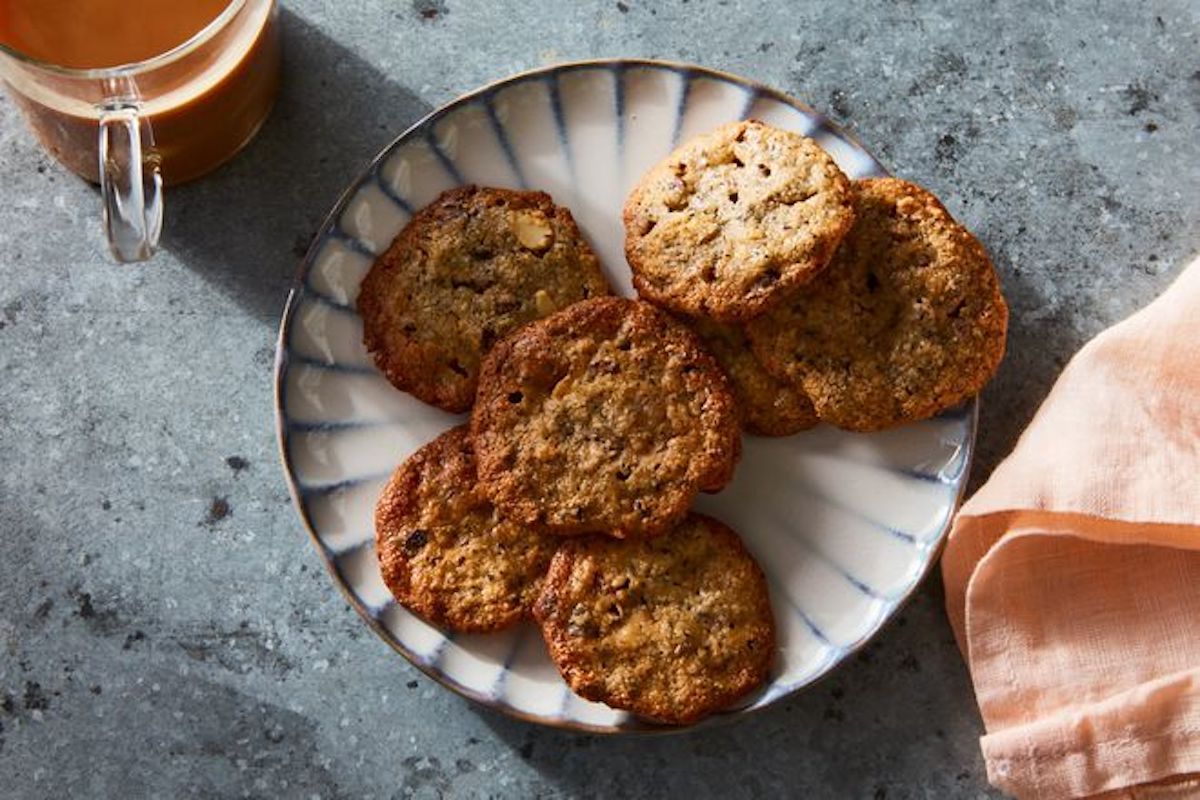 Though brown in color, hojicha is actually a type of green tea made from the plant's lower leaves, stalks, stems, and twigs. These components are charcoal-roasted in a ceramic pot over high heat, and sold either as a loose-leaf tea or ground into powder. Hojicha powder can be used easily in a number of applications as an extraordinary flavor element for both savory and sweet culinary ideas

Though hojicha is roasted, doing so doesn't change its green tea health benefits. Hojicha does have a lower caffeine content than matcha, which is a powder made from dried (and comparatively babied) young green tea leaves. For those with sensitivities to caffeine, a cup of matcha ingested at the wrong hour may lead to a sleepless night, so it might be time to switch to drinking hojicha at teatime and beyond.

Hojicha also has an instantly pleasing smell that happens to make you feel good when you inhale. And that's because there is some nifty science involved!

"Hojicha produces an aroma from pyrazine," explains Candice Ng, who works as the general manager at Stonemill Matcha in San Francisco, which sells hojicha grown in its birthplace of Kyoto, Japan. "This natural compound is produced during the roasting process," she says. "Pyrazine can also be found in coffee and charred items like chicken on a grill. This aroma is known to help with relaxation, the same way the smell of roasted coffee does."

"Hojicha is steamed to prevent oxidation, then dried," Ng adds. "This process helps maintain the sweetness of hojicha but doesn't necessarily lower the caffeine level, which is more likely due to the fact that hojicha comes from tea leaves and stems that already contain lower caffeine levels."

What does change significantly during the process of roasting hojicha is its aroma and flavor, maturing into something deep and nutty. Hojicha powder is a versatile and sophisticated ingredient to add to your baking and beverage arsenal. Stonemill Matcha uses the powder for a steamed hojicha latte, blended with horchata for a "hojichata," and stirred into yuzu lemonade for a hojicha Palmer. When it comes to baking, Ng recommends adding hojicha to desserts like ice cream, cookies, or chiffon cake.

"Items that have a high-fat content, like cream and butter, go well with hojicha powder, since the powder doesn't dissolve," she advises. "You need fat to coat the gritty texture."

You also don't need to use much in order to get big, no-grit results — a package or tin of hojicha powder goes a long way. Try adding a tablespoon to your everyday dishes — perhaps your hard-boiled egg or noodle water, French toast batter, pudding, or anything you think could use some roasted magic. It may just end up being your new secret ingredient.