Have marinated artichokes? Make this pasta

A jar of marinated artichokes might not look like a jar of pasta sauce, but in this recipe, that’s what it is 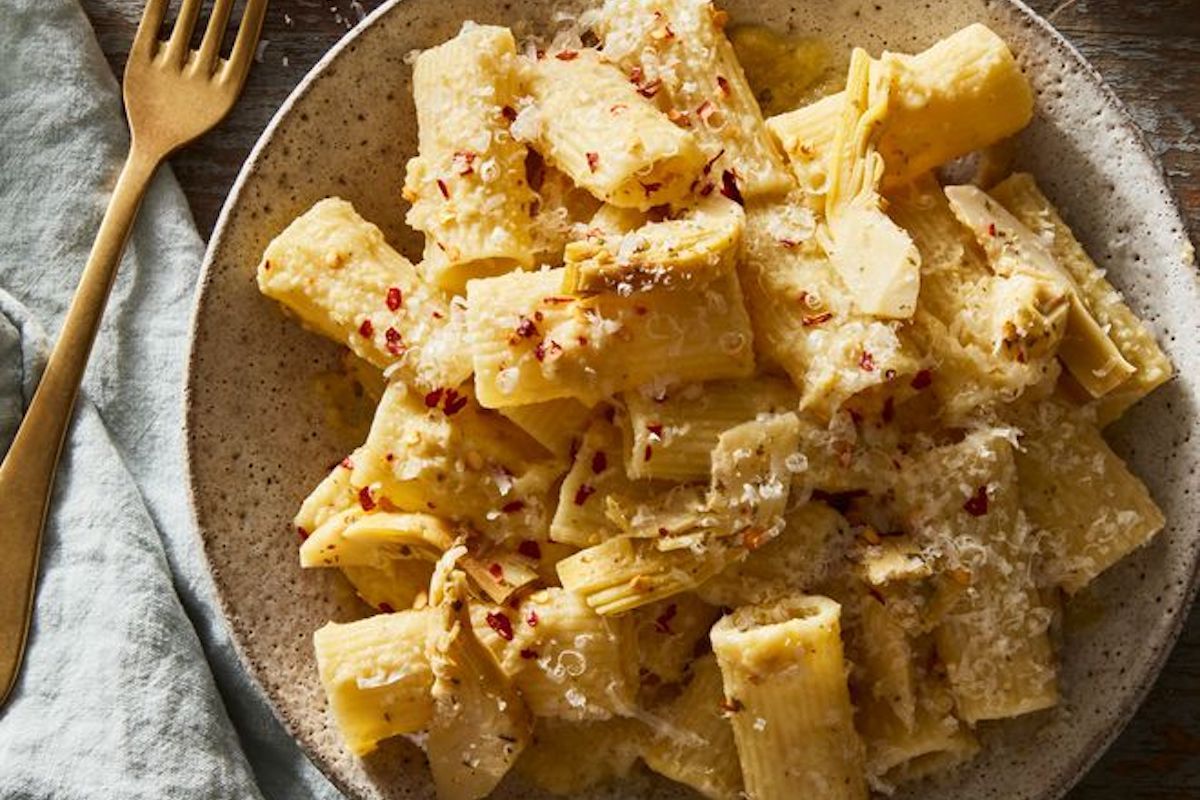 Arguably the simplest pasta sauce is that jar of marinara you grab from the pantry — and if you're wondering which brand is best, of course we have thoughts on that — but lately, there's another sauce that I've been turning to on weeknights.

All you have to do is reach for a different jar: marinated artichokes.

These don't advertise themselves as pasta sauce because, technically speaking, they're not. But with a few minutes of prep — and by a few, I mean a few — they turn into just that. Confidently vegetal and tangy, with a whisper of richness.

In other words? Exactly what I'm craving right now, as we're less than two weeks out from spring.

The marinade depends on the brand, but any 12-ounce jar will do the trick. Expect oil and vinegar and just enough spices to turn up the corners of your mouth, not unlike the house vinaigrette at a pizza joint slash sports bar.

Marinated, past tense, means the hard work is already accomplished. The artichokes have been wrangled into quarters. The marinade has been measured and mixed. The goodness has been soaked up like sunshine on a June afternoon. Which is why you could drain the jar, throw the artichokes on a cheese plate, and call it a day.

But we're not going to do that.

No, instead, some artichokes will get slivered, a meaty-chewy topping for our forks to chase after with each bite. The rest we'll purée with a big splash of marinade, yielding a creamy, silky, intensely artichoke-y pasta sauce.

Err on the side of too thick versus too thin in the food processor. You can always add salty-starchy pasta water or more marinade to get the consistency right, keeping in mind that it'll thicken as it sits.

The only question is: What shape will you choose? I like a chunky monkey, say rigatoni or penne, something with tunnels for the sauce to burrow into. But as with marinara, as with any pantry pasta, the best shape is the one that's already in your kitchen. Go look.