Why this cross-cultural mashup recipe is absolutely genius 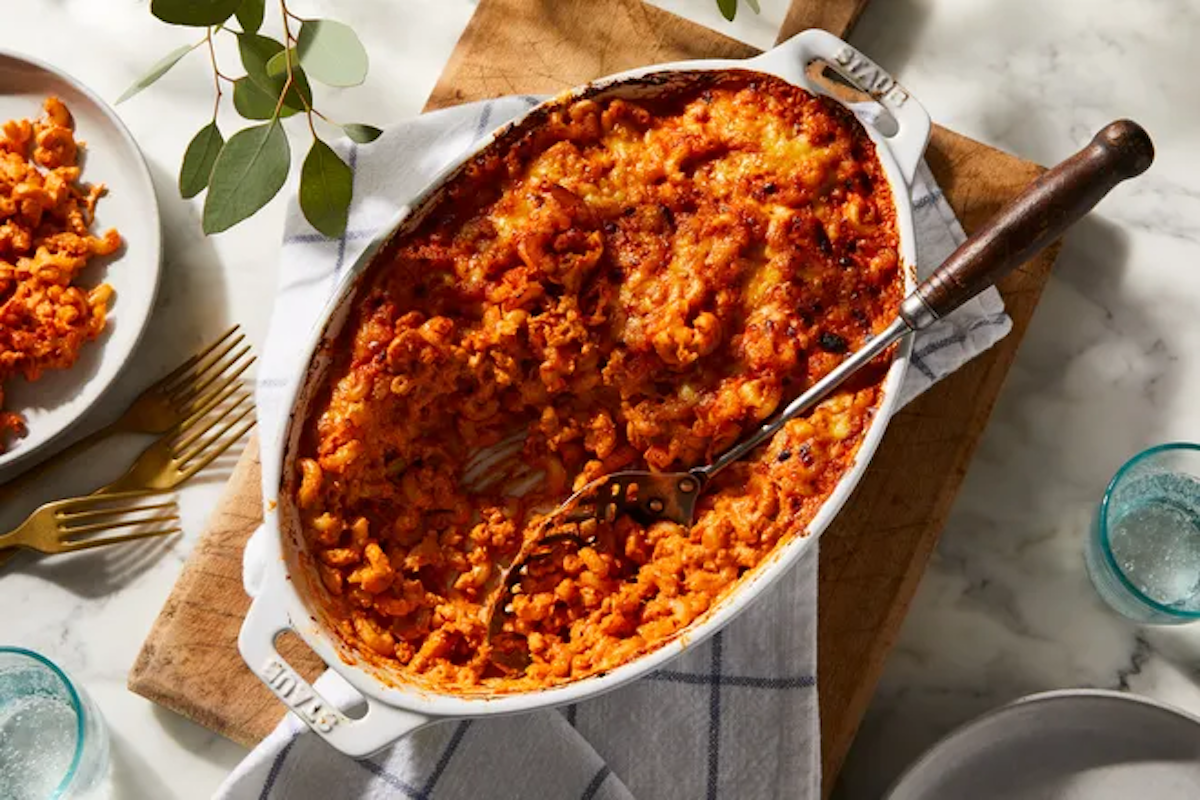 Not long ago, if you'd asked me which macaroni and cheese methodology would guarantee steadfast creaminess, I surely would have blurted out "make a béchamel," probably followed by "Martha Stewart."

In part, this is because I've seen what can happen when you forgo anchoring with a béchamel — the flour-stabilized mother of French cream sauces (which technically becomes a Mornay the moment you plump it up with molten cheese). In the mac and cheese I love and make most often, you melt cheese straight into simmering cream, stir in your hot noodles, and then have about 15 minutes to revel in glorious ooeyness, before the sauce cools into plastic sludge. (Still delicious sludge, mind you — just no longer in anything resembling sloshy suspension.)

That all changed when I made Preeti Mistry's signature mac and cheese from their beloved former Oakland, Calif., restaurant Navi Kitchen, which closed in 2018. (1) I was first drawn in by the rich tomatoey tinge, and the promise of heat and depth from Preeti's tikka masala spicing. But as I kept returning for spoonfuls that night and over the next few days, I was struck by how slick and un-grainy the sauce remained, despite being built on little more than dairy products, which are notoriously fragile and unfriendly to heating and reheating.

Maybe this is because that dairy leans rich — namely, in the heavy cream and sour cream — to buckle the sauce together. Maybe the full can of umami-drunk tomato paste helps. But I like to think it's because Preeti's recipe wasn't a mac and cheese to begin with.

As Preeti told me, the sauce actually started as a butter chicken on the kids' menu at their first restaurant Juhu Beach Club. (2) "Whenever I would make it, I was like, 'This would be really good with mac and cheese,'" as Preeti told me in this week's episode of The Genius Recipe Tapes. Another inspiration: the boxed mac and cheese routine that dates back to the late 1990s with their now-wife Ann Nadeau. "That's what happens when Ann and Preeti make mac and cheese," they told me. "We make it, we take Ann's out, I put ketchup and Tabasco in."

Even as we're tiring of cooking every night and still unable to invite more people to the table, the realities of making this recipe at restaurant scale translate unusually well to pandemic home cooking. The sauce big batches well, freezes well, and holds well in the fridge, so you can scoop out big, spicy spoonfuls through the week to sauce your noodles (or anything else you'd like to tikka mac-ify) as you go. And, as I discovered, even the fully sauced mac holds up valiantly, as long as you don't blast it in the microwave or oven longer than necessary.